Does Anyone Here Hold the Priesthood? | Meridian Magazine 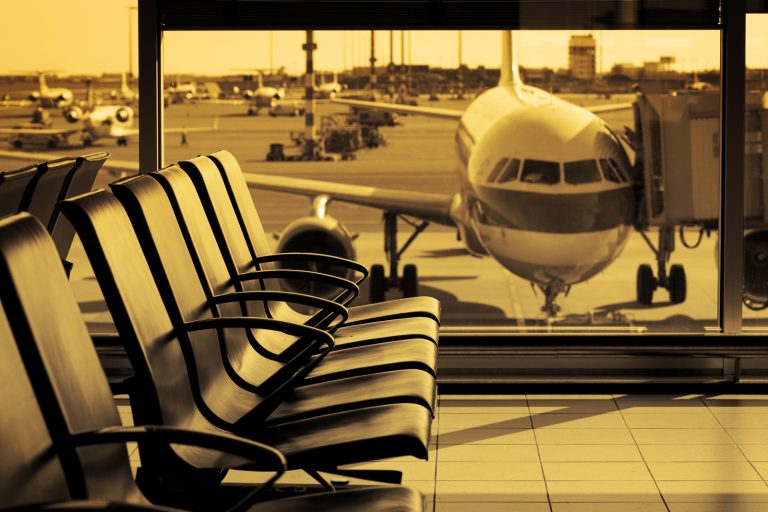 Does Anyone Here Hold the Priesthood?

Last week I was in Utah awaiting my flight home to northern California. The flight was actually delayed for several hours, and the airline had even brought in pizza to appease hungry passengers. Parents struggled to entertain restless children, and the crowd settled into the expected groups of the understandably disgruntled, those demanding compensation, others making jokes, and many simply bonding the way you do in such a predicament.

I found myself among fliers awaiting a flight to San Diego which had been delayed more than nine hours, and four more hours were expected for them. Suddenly the wait for my own flight seemed puny. I stepped out for some water, and when I returned a woman was lying on the ground, having just passed out and fallen. Several people were already rushing to her aid.

I stepped closer, hoping a doctor or someone else with medical training would be on hand. Two airline personnel rushed over, and noticing that the woman was Hispanic, began speaking to her in Spanish. Since I speak a little Spanish myself, I stepped close to help if I could. When I say I speak a little Spanish, believe me when I tell you it’s not great Spanish at all—I learned it from a dictionary and then from practicing with very polite Latinos who never addressed my dreadful grammar because they could understand the gist of what I was saying, and were too nice to correct me.

The woman had hit her head upon falling, and one of the airline personnel told the woman they had called for paramedics. They were helping her up, and she sat beside me in a chair. I held her hand and told her not to worry, that help was coming. She was from Mexico, spoke no English, and was traveling alone. She was on her way home to see her doctor. She accepted some water, but didn’t want any food.

Soon three paramedics arrived, and one of them began asking her health questions in Spanish. She took some medical documents from her coat, and it was decided she should continue home to her doctor’s care, rather than go to a hospital close by.

I noticed that she had said one of her children had driven her from Rexburg to this airport, and I asked if she were LDS. She nodded and I asked if she would like a Priesthood blessing. She said yes immediately. I asked if it was alright if it might be in English and she agreed without hesitation. You could literally feel her faith.

Four men were still gathered around—the three paramedics and one man from the airline. “Are any of you Mormon?” I asked.

The airline employee said, “I am.”

I glanced around at the dozen or so other men nearby. Surely in Utah there would be someone there who could help. I asked the airline employee if he’d like me to inquire among them, or if he would prefer to do it. He stepped over to another group and asked if anyone there could give a Priesthood blessing.

“I have oil,” another said. And both of them rushed over.

I explained to the woman that these men were able to help her, but they wanted to take her to a private room to do so. I asked if she felt she could walk, and she nodded. Soon she was being led out of the waiting area.

I turned to the paramedic who had interviewed her. “Where did you learn Spanish?” I asked.

“In Argentina,” he said.

“Oh—one of our sons served his mission there, in Bahia Blanca,” I told him.

“I was just north of there,” he said. Yet when I had asked who was a member, he hadn’t spoken up. And several other men had remained silent as well, though I could see something in their eyes, something unmistakable.

It was one of those moments of truth when, despite however they may feel about the church, these men knew they could not rightly give a blessing. They still respected and knew what it meant to worthily hold the priesthood, and they knew they could not volunteer.

I thought of Elder Richard G. Scott’s comment, “It is a sobering responsibility for those who bear the priesthood to act as agents of the Lord to help those in need. (October 1991 General Conference).   Priesthood holders are agents of God. And this was indeed a sobering moment.

I’ve heard other stories of men who were suddenly in a crisis and needed to use their priesthood, yet couldn’t. I once read of a man who wanted to help an injured motorist, but knew he had viewed pornography that day, and couldn’t worthily act as a representative of the Lord.

Boarding for my own flight was called, and I had to leave before the sister from Mexico returned. But I felt sure she had received God’s word from two worthy men for whom I am supremely grateful.

The airline worker saw me in line, and came over to ask where I learned to speak Spanish. He was astounded at how I was able to communicate with that dear sister. He didn’t know it, but the Spanish I spoke to her wasn’t my usual Spanish. Even as I had been speaking I noticed something was happening, and even my pronunciation was better. I have no doubt the gift that was employed in behalf of that daughter of God.

Tears filled my eyes as I boarded at that bittersweet moment. I felt a calmness and a brightness of hope that wonderful, willing men are among us, able to help at a moment’s notice. And I was humbled to help a woman who was very much on Heavenly Father’s radar. Yet I also felt profound sadness for those who missed that opportunity. And I pray this was a wake-up call for them, to come back and be able to serve the Lord. May they never again have to shrink back, but be able to step up and employ the Priesthood power of God to bless someone in need.

some blessings are also dependent on the worthiness of the recipient. the person receiving the blessing not just on the priesthood holders. and how the blessing turns out or what happens later doesn't have anything to do with the priesthood or lack thereof. Heavenly Father has a plan and we don't need to worry about the turn out....we just need to exercise FAITH....