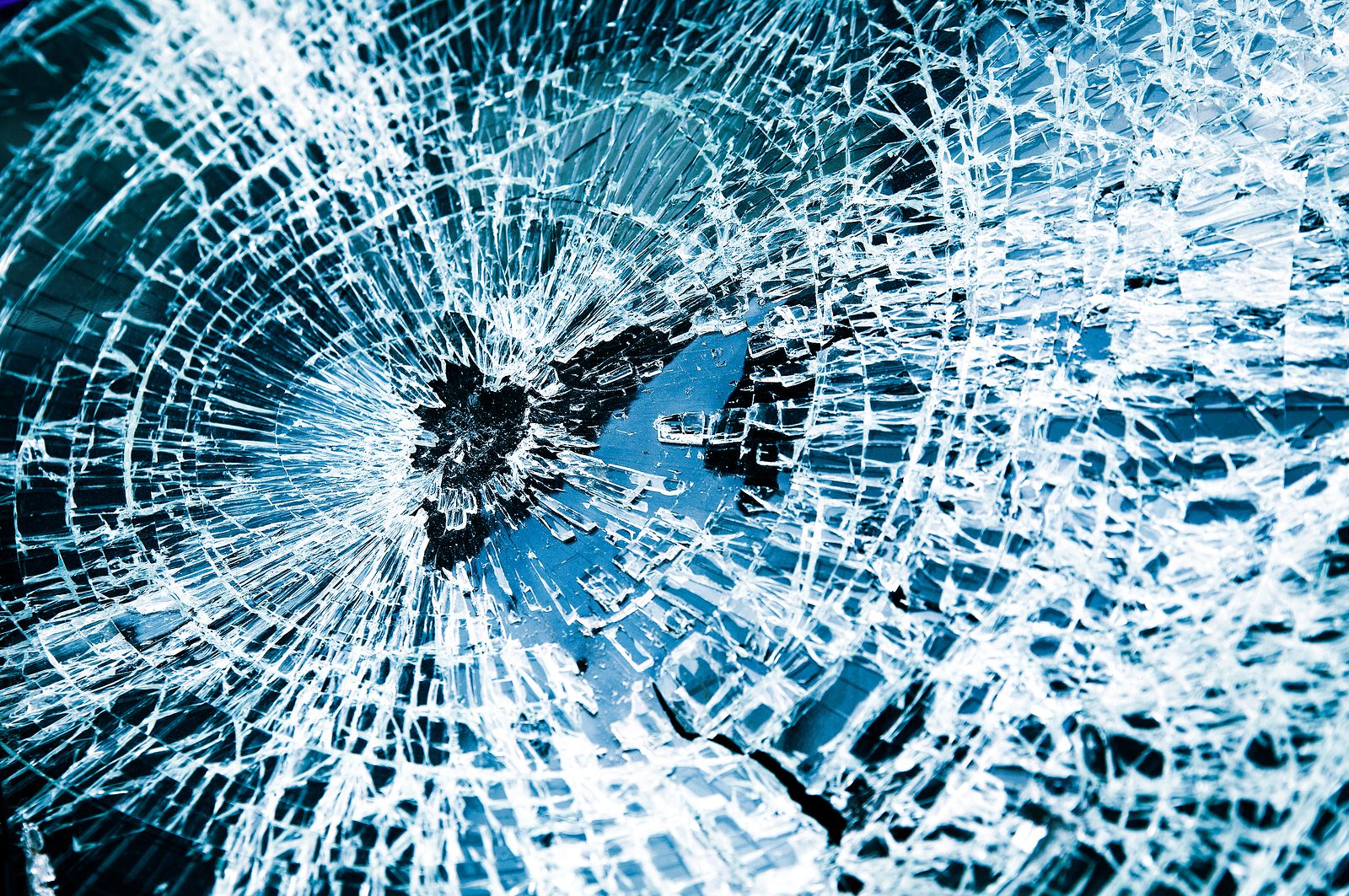 Daring to Act in Love

The rumble of a powerful engine and the piercing squeal of tires shattered the silence of a summer afternoon. Standing on our front porch, my daughter and I turned toward the street at the exact moment a large pickup truck swerved left and crashed head-on into a power pole. For one stunned instant we watched in horror as the pole snapped in two–the top half dangling from the power lines–then I leaped from the porch, sprinting across the grass while yelling for Rebecca to call 911.

Dust and debris were still settling as I approached the mangled vehicle, dreading what I might find inside. Suddenly, a woman’s voice called urgently, “Watch out!”  I paused, looking up, surprised to see how close the drooping power lines were to my head. A quick glance behind me showed a post office van which had just pulled up, and the female mail carrier who had shouted the warning. Loud voices rang from the cab of the pickup truck, allaying my fears that the passengers might be dead. With one eye on the power lines, I carefully made my way to the driver’s side and wrenched open the heavy door. Two huge teenage boys–obviously brothers–scrambled out, cursing and shouting. A quick examination revealed that they had miraculously suffered nothing worse than cuts and bruises, so I herded them across the street to my yard.

The two young men–at least six and a half feet tall and built like linebackers–continued to curse and shout and began jumping up and down, yelling frantically, “Mom’s gonna kill us!” Though I wanted to calm and reassure them, their actions were so erratic and violent that I wondered if they might be high on something. I didn’t dare get too close, so I was startled when the petite, sixty-something mail carrier stepped up to one of the giants, threw her arms around him, and declared, “Your mother will be so relieved that you’re alright that she won’t care about the truck.” She continued to hold him until he had calmed considerably, and his brother relaxed as well. I then invited them to my shady front porch where they sat while I bandaged their cuts with first aid items my daughter had gathered.

Sirens wailed in the distance as the last band-aid was applied, and emergency vehicles soon pulled up to the crash site. I dreaded having police officers confront the boys, who were still shaking from adrenaline and visibly upset, but the young officer that approached the porch surprised me. It was obvious just by looking at the skid marks in the road that the teens had been driving dangerously fast, and the man could have been justifiably angry with them. But he smiled, saying casually, “Man, it stinks when you wreck your truck! I remember the time I crashed my police car and had to tell my boss.” The nervous boys sighed audibly, recognizing a friend in a time of crisis.

A crew of city workers arrived to assess the damaged telephone pole and work to restore power to the neighborhood. The boys from the truck were escorted to the parking lot of the church next door, where they were examined and questioned by other emergency responders and eventually taken elsewhere. I don’t know what was said at that point, nor do I know what the mother’s response was when she received the news of her sons’ crash.

What I do know is that I saw great love in action that day. While I let fear cause me to hesitate to help two frightened young men, a petite woman–nearly a foot and a half shorter than the teens–dared to act in love, to step in and help in a difficult moment. She was likely just as intimidated by the size and strange behavior of those boys as I was, but she acted anyway. I also saw great love in the actions of the young police officer who chose to be kind to two youth who had acted foolishly. He was wise enough to know that a smile and friendly words would be far more effective in diffusing a tense situation than an angry lecture.

I was so struck by the loving behavior of these two strangers that I shared their story with a group of women from my church, not knowing at that time that the story would inspire someone else. A few months later I received a phone call from my friend Heather, who had heard me relate this experience, and was eager to add another chapter to the story.

Heather was in the parking lot of a grocery store when she heard a loud crash at the nearby intersection. As she rushed over to the cars involved in the accident, she was uncertain how to help, but suddenly recalled the story of the mail carrier calming the teenage boys after their truck incident. In one of the wrecked vehicles Heather saw two panicked teenagers–a brother and sister–completely overwhelmed, shaking, and scared to death. One of their doors was jammed, but Heather assisted the boy and girl out of the car and led them to a safe place on the sidewalk.

Just like the previous story, the young man, who had been driving his dad’s shiny new Suburban, kept saying over and over, “My dad is going to kill me!” Heather assured him that his father cared more about him than the car. She promised to stay with the kids until their parents came. Heather told me, “It’s always terrifying to be in a car accident, but especially when it’s your first accident and you caused it. I felt so grateful that Heavenly Father trusted me to be in that moment, to share love with some of His precious children.”

Of course, Jesus Christ was the ultimate example of daring to act in love, as He “…went about doing good.” (Acts 10:38) He didn’t sit in a fancy palace pronouncing beautiful words. No, He was in the thick of things, out among the lepers, and other outcasts of society. He never shied away from the unpleasant task of casting out devils. He acted in love by daring to preach doctrines which were difficult for His hearers to accept, but essential for them to grasp. He washed his disciples’ dusty feet, He dared to stand up to hypocrites in high places. And when the bitter cup was placed before Him, He dared to drink every drop. His entire life was an act of love.

While most Christians genuinely wish to do what Jesus would do in any given situation, it can be difficult to translate His actions into our modern times. We don’t read in the New Testament about what to do after a car accident, so sometimes it’s helpful to hear modern-day stories where people have acted in Christlike ways. This is why I have shared the examples of the mail carrier, the police officer, and Heather, who all dared to act in love when confronted with unpleasant situations.

I learned an important lesson about acting in love from my husband many years ago: early one June morning a phone call jarred us out of a deep sleep. It was the kind of call every bishop dreads: there had been an accident, and a 26-year-old man from our congregation was on life support. I heard some of the details as my husband took the call, and he filled me in on the rest after hanging up the phone. Then I watched as Brad rubbed his sleepy eyes and swung his legs over the edge of the bed. He sat there for a long moment, sighed deeply, then stood and started making phone calls. Soon he was on his way to the hospital, to meet with the young wife whose world had just been turned upside down.

Later that evening I asked my husband how he knew what to do in that kind of situation. He said, “I don’t. But I’ve learned that you have to show up.” He went on to say that if you sit around wondering what to do, you’ll never figure it out, but if you act in some way–such as going to the person in need–the Lord can direct you from there. In this particular situation there wasn’t much anyone could do except surround the soon-to-be-widowed young woman, so she knew she was not alone. Brad spoke of his 1st counselor who went with him to the hospital, the Relief Society President, the Elders Quorum President, and other friends from the ward who arrived in those early hours to give support. They likely wondered exactly what to say or do, but by showing up to embrace a grieving woman they were acting in love.

Since the day I witnessed the crash in front of my home I have regretted that I hesitated to help someone in a moment of true need. How grateful I am to the courageous woman who stepped forward and showed me what love in action looks like. As we encounter people in heart-wrenching situations, let us not hesitate to help. Whether we reach out to ease the grief of someone who has lost a child, stand up for those who are marginalized, or step out of our comfort zone to assist the homeless, God will magnify our efforts when we dare to act in love.

Your ability to make us feel we are watching the scene in real time is amazing. Thanks for relating this to the Savior's perfect example.

Lynne you have such a gift with your words that often go hand in hand with your wonderful musical talents. I cherish the love & kindness you offer so willingly. These real life experiences help all of us to understand that we can be “the Lords hands” within our everyday lives.