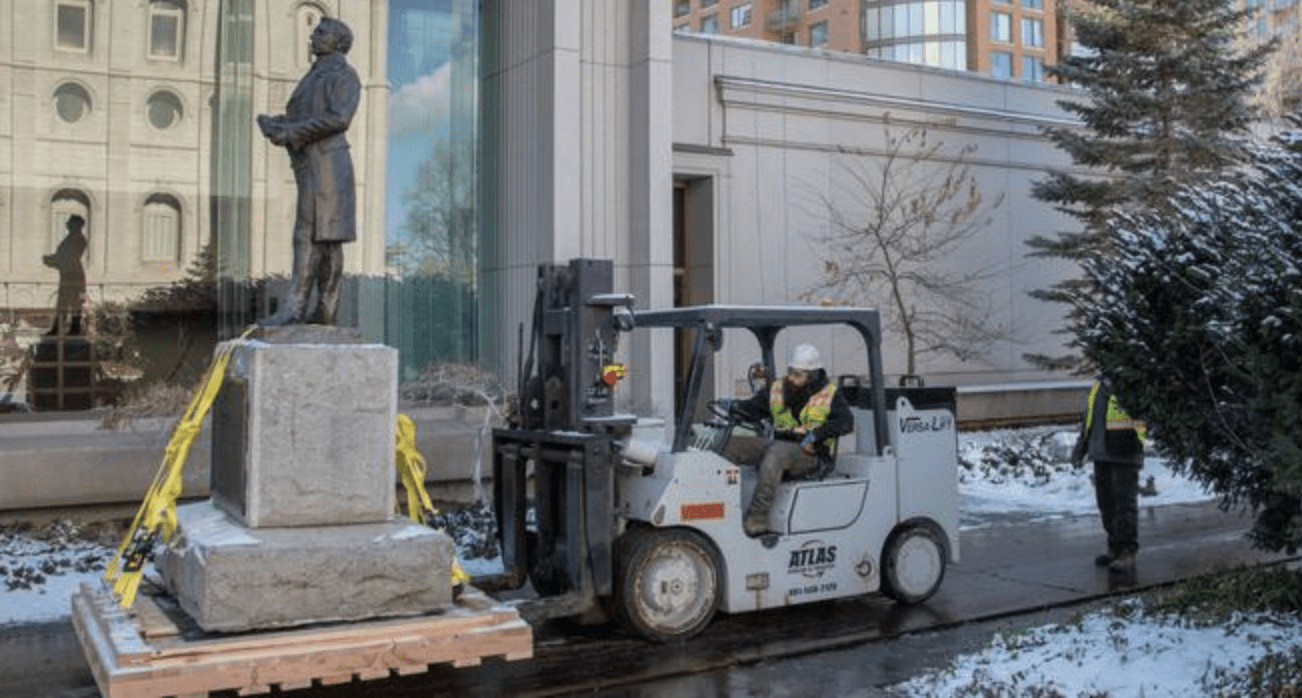 The Temple Square South Visitors’ Center and portions of the square’s south wall are being demolished to give construction crews access to excavate around the Salt Lake Temple for the significant four-year-long renovation of the historic building. Demolition work began Friday.

The temple closed at the end of December and is being decommissioned for the major project. Crews are removing furnishings from inside the temple, and hazardous materials abatement teams have begun their work. Trees around the pioneer temple, which was completed in 1893, are being removed; statues were removed last week.

“It’s exciting to see this actually happening after several years of planning,” said Brad Bohne, general superintendent for Jacobsen Construction. “There’s a lot of people that look to the Salt Lake Temple as a beacon of hope and faith, and we’re proud to be part of that construction team, realizing this vision.”

In preparation for construction, workers removed the statues south of the temple and placed them in storage, including statues of Hyrum and Joseph Smith—each of which weighs 18,000 pounds. Trees and vegetation are also being removed.