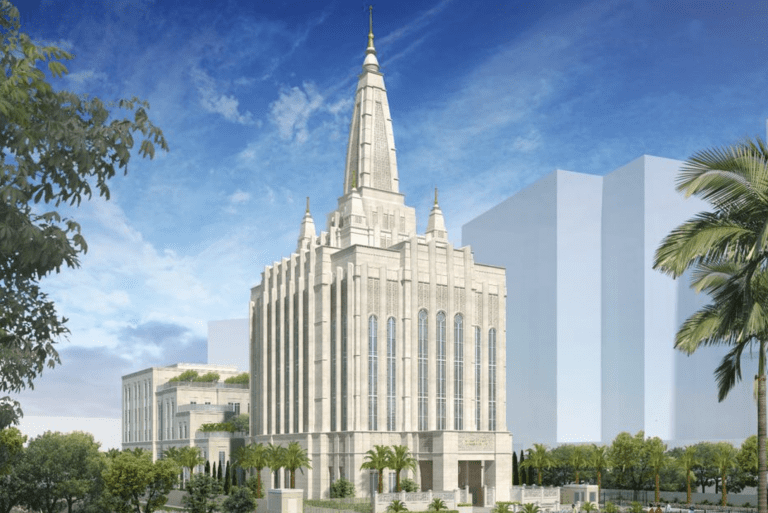 All images via the Church Newsroom.

The Church of Jesus Christ of Latter-day Saints has released an exterior rendering of the planned Benaluru India Temple.

The 38,670-square-foot temple will be built on a 1.62-acre site at 2-B, Garudachar Palya, Mahadevapura, Bengaluru, Karnataka, in India. The temple was announced in April 2018 by Church President Russell M. Nelson.

This will be the first Latter-day Saint temple built in India, a nation of nearly 14,000 members of the Church organized in 45 congregations. There are more than 1.2 million Latter-day Saints in all of Asia.

More detailed plans for this temple are still in development and will be made public at a later time. The groundbreaking date has yet to be set, but the release of this rendering indicates that project leaders will soon start working with the local government to begin acquiring all necessary permits and design approval.

President Russell M. Nelson visited the intended site of the future temple during his ministry in India in April of 2018.