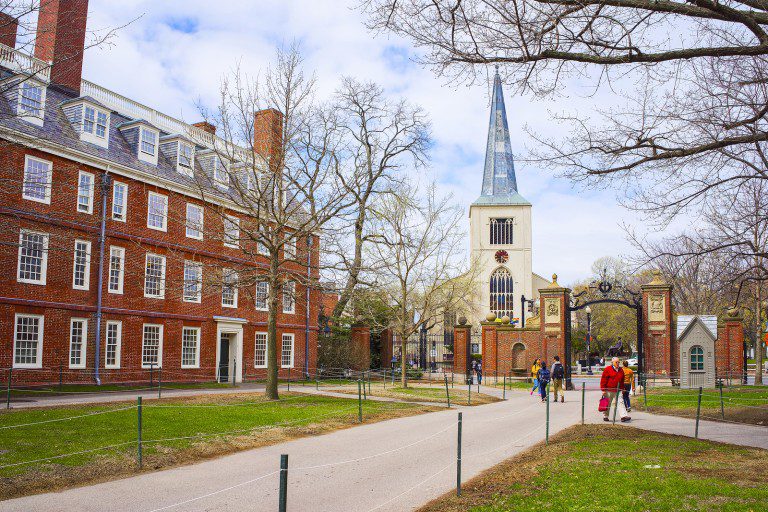 Christianity Gets a Faith Lift… from Harvard

Liberals have stuck to a pretty consistent strategy in dealing with American Christianity: If you repeat something often enough, people will start to believe it. With the media’s help, they set out to convince the country that evangelicals were dying on the political vine. But, as so often happens, they were proven wrong on the biggest of stages when, in 2016, the church’s “withering” influence proved to be anything but.

Since then, teams of researchers have been trying to get a read on the state of Christianity in America — and what they’ve found might surprise you. After years of hearing the same dire predictions, even churchgoers probably assumed the country’s faith had dwindled. Like us, you’ve seen the headlines about declining church attendance or the millennials’ rejection of faith and just assumed the stories were true.

Not so fast, says Harvard University. Their latest study shows that U.S. Christianity isn’t only alive, but growing. It’s a surprising thing to swallow with the media’s drumbeat of liberal bias, but powerful new statistics point to a resurgence of the faith culture the Left so easily dismisses. In a lengthy commentary by Glenn Stanton in the Federalist, he pours over the data and explains, “Not only did their examination find no support for this secularization in terms of actual practice and belief, the researchers proclaim that religion continues to enjoy ‘persistent and exceptional intensity’ in America. These researchers hold our nation ‘remains an exceptional outlier and potential counter example to the secularization thesis.'”

Believe it or not, the authors of Harvard’s report “found that the percentage of church-attending Americans relative to overall population is more than four times greater today than it was in 1776.” In fact, Stanton points out, “The number of attendees has continued to rise each and every decade over our nation’s history right up until the present day.” Despite the hemorrhaging of mainline congregations, most analysts say the brunt of the losses are liberal churches. “When the so-called ‘progressive’ churches question the historicity of Jesus, deny the reality of sin, support abortion, ordain clergy in same-sex relationships and perform their marriages, people desiring real Christianity head elsewhere,” Stanton reminds people. “Fact: evangelical churches gain five new congregants exiled from the liberal churches for every one they lose for any reason. They also do a better job of retaining believers from childhood to adulthood than do mainline churches.”

In other words, Christianity is shifting — not dying. The number of people who read their Bible, go to church weekly, pray regularly has been “steel-bar constant” for the last half-century. “Patently persistent,” as Harvard calls it. It also happens to be in astounding contrast to other nations. “Attending services more than once a week continues to be twice as high among Americans compared to the next highest-attending industrial country, and three times higher than the average comparable nation.” If the people who once practiced a lukewarm Christianity have found other ways to spend their Sunday mornings, it’s probably no great loss to the cause of Christ and has zero effect on the culture.

“The United States ‘clearly stands out as exceptional,’ and this exceptionalism has not been decreasing over time. In fact, these scholars determine that the percentages of Americans who are the most vibrant and serious in their faith is actually increasing a bit, ‘which is making the United States even more exceptional over time.'” Of course, part of the reason for this consistency is the number of children Bible-believing churches tend to have. Christian parents are outpacing the offspring of other populations, and that’s helped to keep the fabric of faith alive.

Speaking of kids, what about the doom and gloom we keep hearing about millennials leaving the church? Is the next generation as lost as the media makes it out to be? Yes and no. One thing to keep in mind about Pew’s research and others’, Stanton cautions, is that a lot of these millennials who are “abandoning their faith” didn’t have much to begin with. “Pew reports that of young adults who left their faith, only 11 percent said they had a strong faith in childhood while 89 percent said they came from a home that had a very weak faith in belief and practice.” Questioning your beliefs, he points out, is also just part of the maturation process.

So the next time you hear that Christianity is “going the way of the Yellow Pages,” don’t buy it. Liberals only argue that to disparage and diminish you. Don’t let them. As much as they’d like to believe otherwise — and as long as there are Christians living out their faith every day — faith is alive and well in America!

In the third paragraph, it says "he pours over the data..." Please check the difference in the spelling of pours and pores. Pore is to read or study carefully, ponder, etc.

This is WONDERFUL NEWS! So glad to hear it.