Can Teenagers Conquer the Culture of Disrespect Alone? | Meridian Magazine 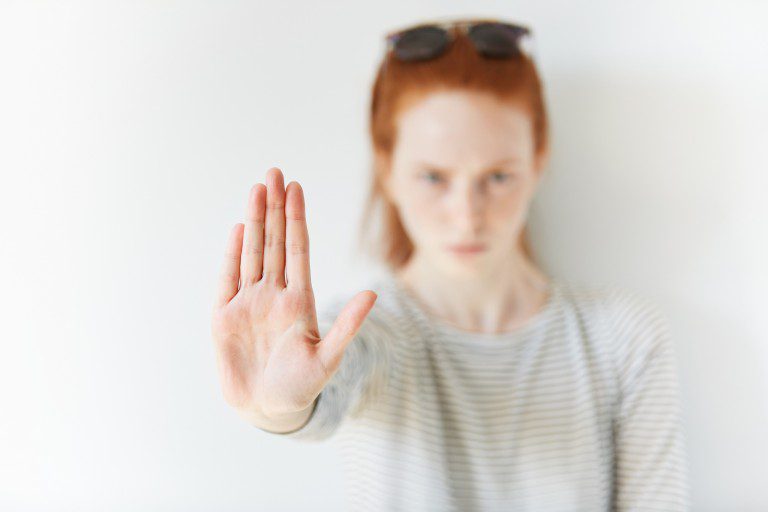 Can Teenagers Conquer the Culture of Disrespect Alone?

For years I’ve heard adults complain about how disrespectful teenagers are with a tone that suggests the teenagers should fix their problem. I found myself wondering if it was really totally the teenagers’ problem, and if it was possible for teenagers to fix the culture of disrespect all alone. After many years of helping families fix disrespect problems I can say with certainty that teenagers are not going to be able to conquer their disrespect problem alone. Parent involvement is essential for solving this large-scale disintegration of parent/child bonds.

A mother from England contacted me with this plea, “Help! Today my 15-year-old daughter had a total outburst because I made porridge for her. She made a huge scene over the fact that she doesn’t like it, and she accused me of never listening to her and what she likes or doesn’t like. The hot cereal was what I had to offer.”

This mother wants her child to be happy and healthy, and she works very hard at doing everything within her power to accomplish these goals for her child. Despite her greatest efforts, her daughter disrespectfully talked back to her and even accused her of not caring or listening.

In this situation, the mother has multiple choices. First, she can feel like she’s a failure as a parent and apologize to her daughter. But this is essentially allowing herself to be manipulated and giving in to the tantrum. Second, she can get stressed and angry because of the emotional throw up that has just been projected on her. But this is engaging in the power struggle. Or third, she can lovingly look at her disrespectful teenager and say something like, “Penny, right now you’re yelling at your mother because you didn’t get something you wanted. You wanted a different breakfast than porridge, but that is what I made. Essentially, you got a ‘No’ answer. What you should have done to properly accept the ‘No’ answer was look at me, keep a calm face, voice and body, say, ‘Okay;’ or ask to disagree appropriately, then drop the subject. When you calmly accept ‘No’ answers, you single-handedly make your day better and save all the time it takes to complain. Since you chose not to disagree appropriately, you have earned an extra chore…”

At this point in the correction there are multiple parents reading this who are thinking, “That all sounds well and good, but my 15-year-old would laugh in my face, likely talk back more, and wouldn’t care about earning an extra chore because she’d never do it. After all, my child hasn’t even made her bed in at least a month.” Some parents have tried everything. They‘ve tried being friendly and nice; tried being mean and ornery; and even tried long, drawn out lectures to hopefully get understood.

Some parents may think the mother in this story should’ve been more sensitive to the child. Other parents probably think they’re pretty lucky their child isn’t so mean and disrespectful, but at the same time they know the respect level in their parent/child relationship isn’t where they would like it to be.

When children are born, they’re entitled to teaching and love from their mother and father, but many kids push their parents away without thinking or even knowing. They do this in an effort to control, manipulate or disconnect. Sometimes they do it to even try to prove emotional points. When they reject their parents, they reject their natural teachers, put up metaphorical walls in their relationships, and emotionally abuse their parents. In doing this, children deny themselves of security and the one staple they require to live a happy, productive and fulfilled life. This one staple is what Dr. Leonard Sax calls “parental authority.” It is the love, leadership and teaching that children need.

Exercising parental authority is fulfilling what I call the parental role. Without a parent performing the parental role, children have no one to lead and guide them as they grow and interact with the world.

Our society has created and accepted what Dr. Sax calls, “a culture of disrespect.” In this culture, children are groomed to be contrary to their parents and teachers. Parents, teachers and other authorities, along with most of the experts, are accepting the problem as a normal phase of life. This modern teenage “phase” is not normal or natural, and is certainly not healthy for the child or family.

Words change, and sometimes not for the best. Take the word “culture” for instance. According to Wikipedia the word means, “the social behavior and norms found in human societies.” This definition makes culture seem like nothing more than the observation of the norms people have created for their society.

By contrast, Webster’s 1828 dictionary explains the purpose of culture and the method by which culture is learned: “The application of labor or other means to improve good qualities in, or growth; as the culture of the mind; the culture of virtue; Any labor or means employed for improvement, correction or growth.” Apparently in 1828 it was understood that when growing a virtuous child, society, or garden, complete with “good qualities,” the environment must include “correction” and “labor.”

I don’t want to be too negative, but the casualness toward culture and the willingness to accept any culture as an acceptable culture is ruining real culture. Real culture necessitates a plan. Starting at a young age a child is taught who they are and who their parents are, as well as what role each has. As parents work to fulfill their parental role, the child is taught to follow the instructions of the parents and to rely upon the parents for direction and correction. Parental authority is vital in keeping children on the right path until they’re developmentally and cognitively ready to do their own problem solving. This happens gradually, and takes longer than modern parents realize.

Most modern parents are decreasing instruction and correction of their offspring, and at the same time limiting deliberate communication with them at increasingly younger ages. Then they wonder why their children are so sassy and moody. The children are disconnected. Parents are the ones who must not allow that kind of behavior at any point of development. When parents have a high standard, when everyone knows what’s expected and required for proper development and why it’s important, then everyone is secure, courageous, happy and skilled.

Yes, parents who deliberately teach their children skills for communication and adult life are actually undermining the “culture of disrespect.” Deliberate parents teach children to work, pray, learn, listen, report, discuss, open up, bond, care, be strong, and take responsibility for themselves. This is true culture, the culture of child rearing. This is what it means to cultivate and nurture a child.

Children can’t conquer disrespect alone. They need someone to give them the pieces they’re missing. If they constantly roll their eyes or look away when parents are talking to them, they need to learn how to be honest with themselves and their parents and how to feel comfortable looking at a person who is talking to them. Parents deliberately teach this. If a child has a problem with back talking, then they need to learn how to be understood. This requires the skill of disagreeing appropriately. Again, parents must deliberately teach this.

In the story above, what if Penny and her mother talked about the culture of disrespect, about parental authority, and roles? What if Penny’s mother asked her daughter hard questions like, “What is the purpose of a mother? What am I meant to do within our family? Why do you have me in your life?” This could be a very interesting discussion.

Furthermore, what if Penny and her mother started deliberately talking about behaviors instead of just reacting to them and emotionally vomiting all over each other?

What if Penny’s family turned off electronics and instead turned on family conversation and family work?

What if Penny and her mother learned how to communicate with each other more effectively? What if they used skills instead of emotions to solve their problems?

The answer to all these questions, even just one of the questions, is there would be increased respect and increased identity. Parents and children alike are struggling to know who they are supposed to be and how to behave with each other. When a family even just takes one of these deliberate steps, they begin to create a new culture, a family culture — the culture that will bring them happiness and safety in a troubled world.

Start acting deliberately and strengthening parental roles at the Teaching Self-Government Conference, August 5, 2017. Parents and youth ages 10 and up are invited! Details here!

I think that tolerance, understanding, and enjoyment of varieties of food and varieties of culture (peoples who aren't just like us) is something that needs to be taught by example as well as by conversation from a very early age. By and large, growing up in a hamburger, hot dog and ice cream environment without exposure and enjoyment to other things is a factor. I've seen kids who were exposed earlier, and they enjoy the variations - (genuine) ethnic foods, things that are off the beaten path. And... what are the family conversations about "others" like...? how much exploration is there, in the family circus?