Called to serve, invited to sing: The purpose — and power — of the Provo Missionary Training Center choir | Meridian Magazine 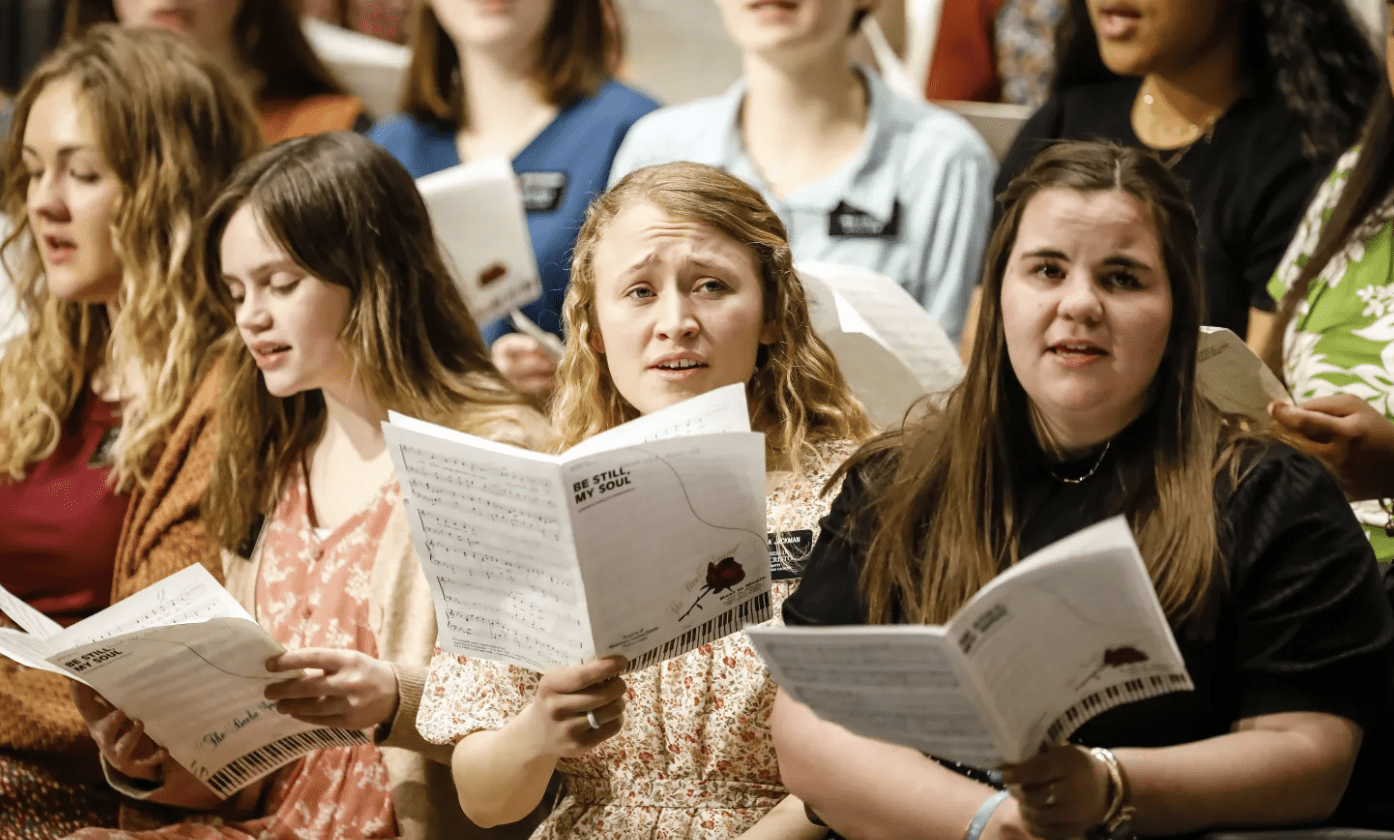 Few choirs could enjoy a sense of continuity, sustainability and success if their members — more than half without prior choir experience — never auditioned, simply showed up to sing and switched out every few weeks.

But the Provo Missionary Training Center choir — comprised of full-time missionaries of The Church of Jesus Christ of Latter-day Saints training in the Provo, Utah, facility for two to six weeks before leaving to serve in assignments worldwide — has been a staple at the MTC for decades.

And Ryan Eggett — who estimates having led more than 100,000 missionaries in his calling as MTC choir lead director since 2012 — isn’t sold on the “choir” label, preferring instead something like “singing missionaries.”

“I’ll say in rehearsals very frequently, ‘You know, we’re not really a choir. We’re a group of missionaries, so I want you to sing this like a missionary would sing it,’” said Eggett, explaining he asks they “teach” the message rather than merely sing it. “So we focus on it being a missionary experience and not a choir experience, and that’s where the real continuity comes in.”

‘Music is such a powerful conduit’

A professional musician once watched the MTC choir rehearse, seeing Eggett spend less time on singing and practicing a hymn and focus instead on its history and meaning as well as the gospel and missionary experiences.

“Why don’t you sing more?” the musician asked. “The music is the power.”

Eggett disagreed. “No, the gospel is the power; the music is the means to access the power,” he said.