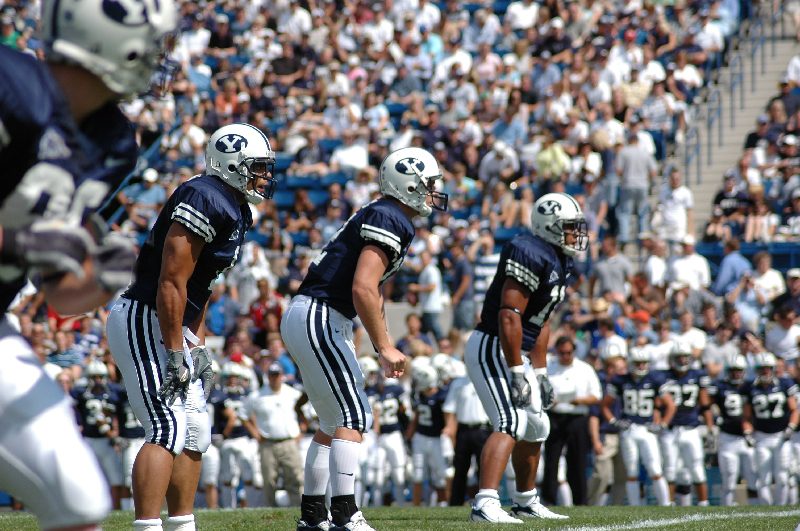 There are three certainties in life. Death, taxes and opposing college football coaches citing BYU’s age difference as an advantage.

Like clockwork, during a press conference leading up to a game with BYU, the coach of the opposition will spout off the following or something very similar.

“WELL SHOOT HALF OF THEIR PLAYERS HAVE WIVES AND KIDS. THEY’RE GROWN MEN OVER THERE. I GOT A BUNCH OF TOM HAVERFORDS AND THEY HAVE A TEAM OF RON SWANSONS.”

(As a side note, I’ve never understood how having kids makes you a better football player. If that was the case then Travis Henry and Antonio Cromartie would be in the Hall of Fame.)

Almost equally predictable is the strong response from BYU fans insisting that the sending players off on missions doesn’t help but that it actually is a disadvantage. Cougar fans will cite the lack of physical training and the complete absence of time that is dedicated to anything that relates to football.