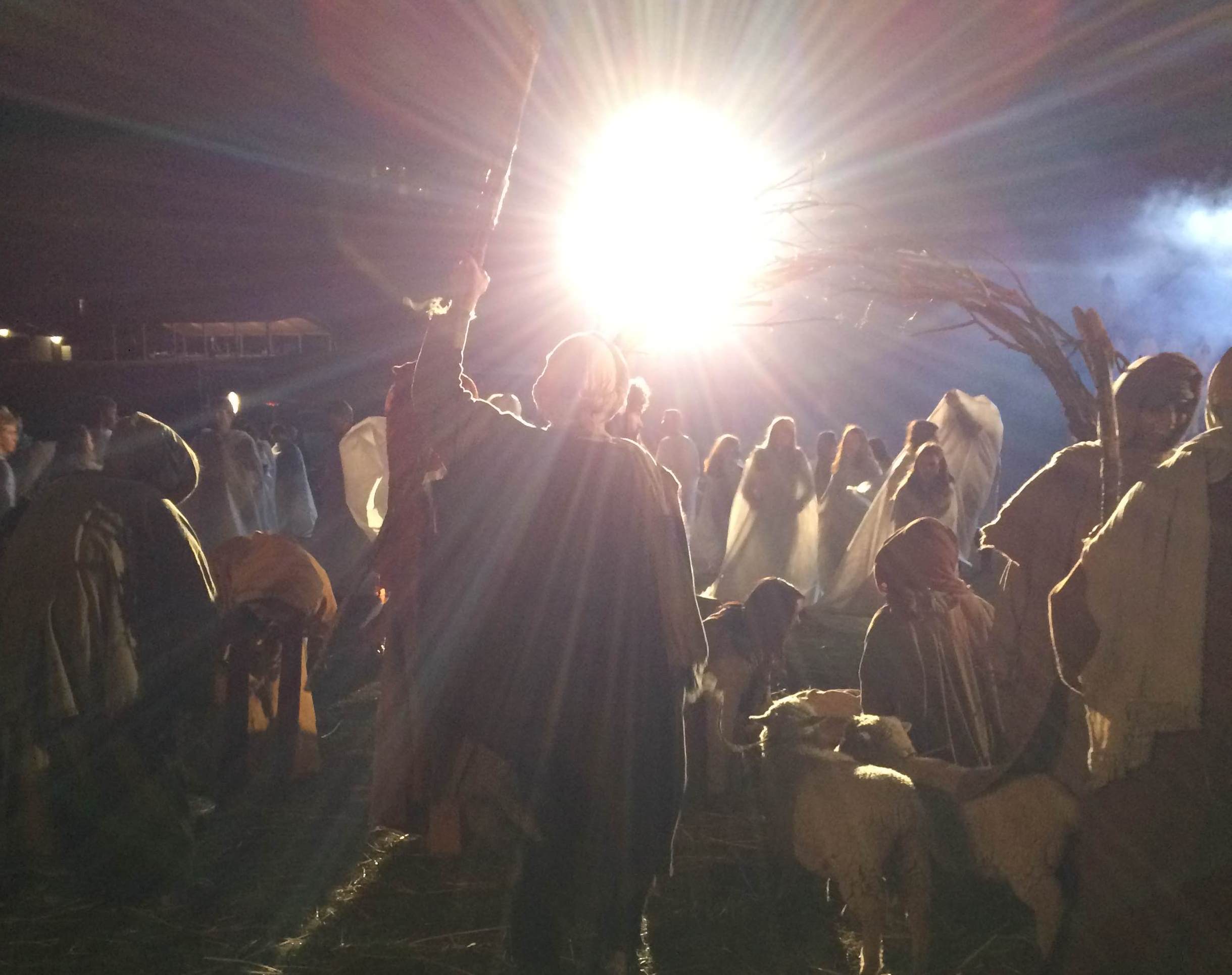 Determined to make their Christian faith the focus of the Christmas season, a group from Radiant.org set out to break the Guinness World Record for a live nativity scene Monday night in Provo’s Rock Canyon Park. A cheer rang out when they learned that 1,039 people showed up to be in the cast of characters, beating the former record of 889 participants which was set in Great Britain last year.

Glowing in white angelic robes on the hillside, the volunteers came to fulfill a vision of the producers that was cooked up only 3-1/2 weeks ago. That they were able to create this in such a short time was in their words “a miracle.”  The entire event was filmed and will be produced as a video to be shown before Christmas, featuring David Archuleta, The Mormon Tabernacle Choir, The Piano Guys and many more.

Prominent LDS YouTube stars also lined up to participate including Stuart Edge (with 2.3 million subscribers), Peter Hollens (with 855,000 subscribers) Alex Boye, Kid History, Shay Carl, Studio C and many more. Austin Craig said it was “Divine Providence” to be able to get these big YouTube personalities to perform together at such short notice.

Here are photos from the event.

Andy Proctor poses with Dawn Armstrong and her son Anthony from “Meet the Mormons.”

I Love Christmas! Thank you to all who made this happen!