As Conflict in Europe Enters a Fourth Month, the Saints Continue to Serve Refugees | Meridian Magazine 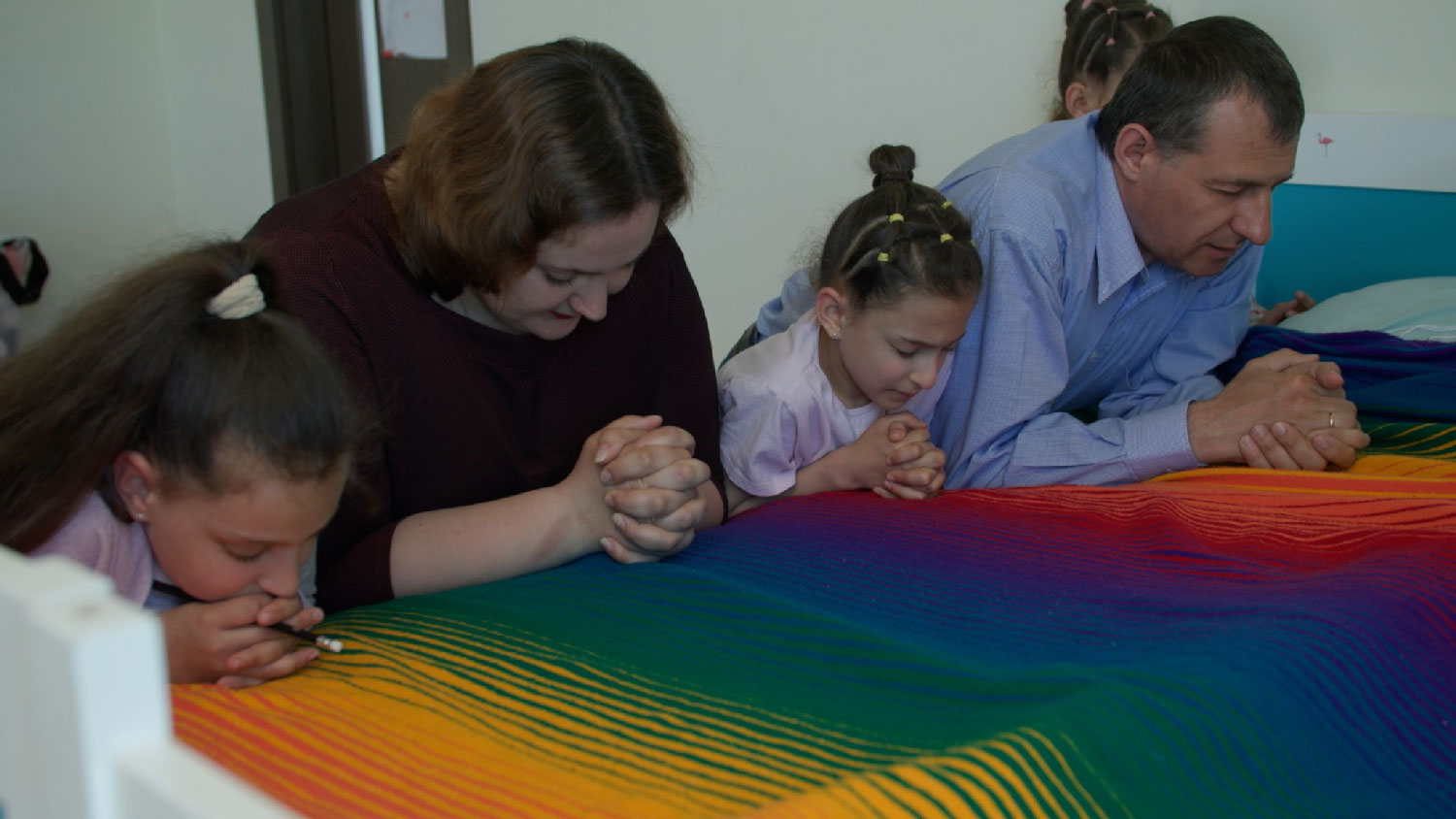 As Conflict in Europe Enters a Fourth Month, the Saints Continue to Serve Refugees

“There’s such a feeling of love and acceptance [in Poland]. … I hope that spreads to the whole world.”

When Latter-day Saints RaeAnn Jarvis and her husband, Sterling, decided to host refugees in their home in Warsaw, Poland, they didn’t know what to expect.

One day, soon after conflict exploded in Europe, a Ukrainian family arrived at their door at 1 a.m. after a journey of nearly 500 miles (780 kilometers). Kyiv natives Maryna Bovt, her husband, Serhii, and their three children needed somewhere to stay.

“At first, it was just a matter of making sure you guys were fed and sheltered and helping out as much as we could,” RaeAnn said while sitting next to the Bovts in her home. “But over time it’s turned into something more — a genuine love and concern for you guys.”

The Bovts are but five of what the United Nations estimates to be 14 million people who have left their homes in Ukraine. Of those, some 6 million have moved to neighboring countries — including more than 3 million, like the Bovts, who followed a path to Poland.

“When you share love, it grows,” Maryna said of the Jarvises’ example of service. “It makes us closer to each other and to the Lord.”

Because of Sterling’s expiring work contract, the Jarvises will return home to the United States in a few months. With no end visible to the difficulties in Ukraine, the Bovts will need to find another home in Poland.

Fortunately, Poland is graced with many people willing to serve. A few of those are temporary transplants from America, such as Elder Brian Baxter and his wife, Sister Kristy Baxter, of Utah. They help refugees with transportation, food and shelter.

Elder Baxter said he and his wife have seen many miracles. These include “miracles of finding housing for these folks when there was no housing,” as well as procuring the exact items needed while shopping for refugees.

Elder Lot Smith and his wife, Sister Helen Smith, of Idaho, are doing similar work. Part of their assignment is to buy food that is then taken by van to the hungry in Ukraine. When the drivers return, they show the Smiths photos of the recipients with the food.

“When we see those pictures of a little boy with a package of cold cereal or this grandmother on her bicycle with a can of peaches, we can look and say, ‘We know that can of peaches — we bought that can of peaches,’” Elder Smith said. “You can see from their conditions, from the background in these pictures, that their homes have been destroyed. That’s why we do what we do — to help those in need. And these people that this food is going to are definitely those people in need.”

“We’ve come to love both the Ukrainian and Polish Saints deeply,” Sister Smith said. “We’re grateful as we see their faith and their courage to do hard things.”