This week, I’m reviewing new early chapter books which include fewer pictures, more words and smaller font. I’ll begin with the easiest books in this category and move into books emerging into a more complex storyline and fewer words. Next week, I’ll end this theme of new readers with more difficult early chapter books. 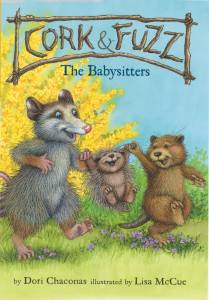 Cork & Fuzz, by Dori Chaconas, and delightfully painted by Lisa McCue, is a series of books with key elements that children at this stage of reading enjoy and can relate to: humor and friendship. Both animals (a muskrat and an opossum) are unique in the type of animal which helps make the story more interesting. The newest book in this series is “Finders Keepers”.

Zelda and Ivy, by Laura McGee Kvasnosky, is another series at this same reading level with easy chapters that youngsters will relate to. Each chapter has the fox siblings experiencing different adventures and drawing the reading into their lives. The newest book is “The Big Picture”.

Mercy Watson, by Kate DiCamillo, and wonderfully illustrated by Chris Van Dusen, is a popular series with the newest edition, “Thinks Like a Pig”, as funny, and fun to read, as the older books. This rascally pig is domesticated and owned by Mr. and Mrs. Watson, and decidedly becomes a problem when caught eating the neighbor’s plants. Now Mercy must think like a pig and solve this problem before animal control takes over! 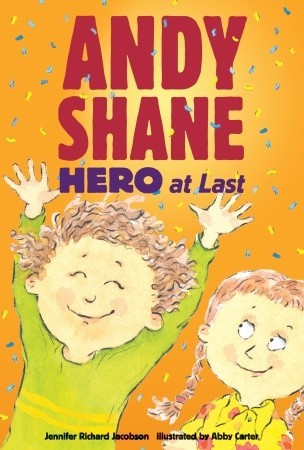 Andy Shane: Hero At Last, by Jennifer Richard Jacobson, and illustrated in black and white by Abby Carter, is the newest book in this adored series. Andy is always in search of adventure and he now decides he wants to be a hero. But how he achieves this goal surprises even him!

Stink and the Ultimate Thumb-Wrestling Smackdown, by Megan McDonald, and illustrated in black and white by Peter H. Reynolds, is the latest book in this fun and humorous series that has Stink Moody taking on the achievement of thumb-wrestling. He’s disturbed with some of his report card marks and he’s about to do something to change it all. 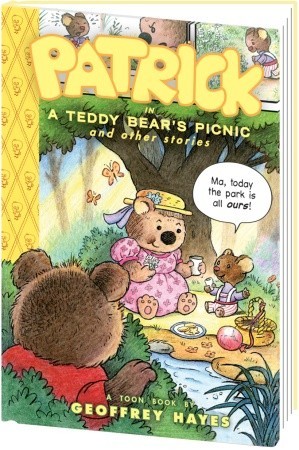 There is a series of books published by Candlewick Press, under the heading of “Toon Books”, that presents stories in a comic strip venue. These books are good for children that need some prodding to capture the joys of reading. But be cautious since these books have several pictures on each page that push the story along. So be wary that kids don’t become dependent on these types of books. The newest books include Patrick in A Teddy Bear’s Picnic and other Stories and Benny and Penny in Just Pretend, both by Geoffrey Hayes.

Geronimo Stilton: Ghost Pirate Treasure is the latest adventure in this exciting series, but this story features Creepella Von Cacklefur. Someone has been digging holes near the mansion at night and it appears they’re looking for long-lost treasure. The colorful text and variety of the size of different words doesn’t distract, but helps move the story along. 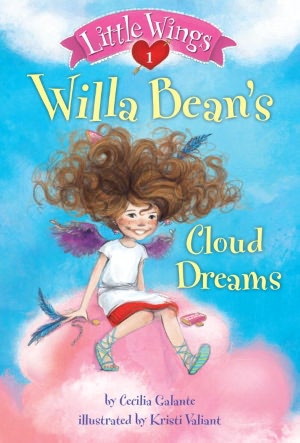 Little Wings: Willa Bean’s Cloud Dreams, by Cecilia Galante, and illustrated by Kristi Valiant, is a new series and this book proves to be a winner! Willa has fortitude, spunk and is down-right funny making this heroine a lovable character! 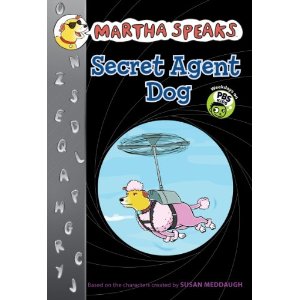 Martha Speaks: Secret Agent Dog, adapted by Jamie White, and based on Susan Meddaugh’s characters, is a great introduction to mysteries. This hilarious dog is a secret agent and is about to solve the mystery of the soup thieves.

Frankie Pickle and the Land of the Lost Recess, by Eric Wight, is a series especially enjoyed by boys as Frankie’s interest in subjects such the local natural history museum where he learns about dinosaurs is discussed. Now, all he wants to do is dig for dinosaur bones during recess and that’s when the trouble begins.

Bad to the Bone, by Lucy Nolan, and illustrated in black and white by Mike Reed, is the third book in this series about a dog who is attempting to train her master. If only her owner would understand that cats are bad and dogs are good. This is an invitingly funny tale. 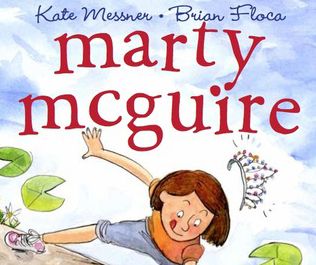 Marty McGuire, by Kate Messner, and illustrated in black and white by Brian Floca, is the first in a planned series that has Marty at the center of her third grade experience while she struggles with having to be a princess in a play. She’d prefer learning about bugs and animals compared to acting like a girly-girl. Soon her class and teacher learn much more.

Jack Gets a Clue: The Case of the Loose-Toothed Shark, by Nancy Krulick, is another funny book from this series. Jack and his partner, Elizabeth, are about to discover what happened to a giant shark tooth fossil that went missing during a birthday party at the local aquarium.