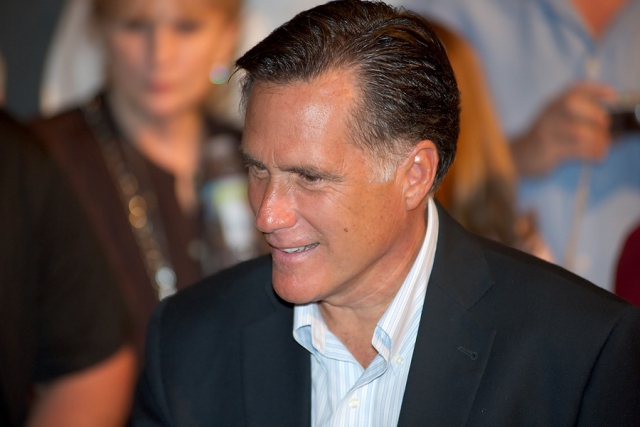 Why have six separate Republican Presidential Candidates risen sharply and then flamed out as the flavor of the month and the alternative to Mitt Romney? Why has each of them lasted a month or less in the top tier? And how has Romney endured and overcome the media scrutiny that has burned up the others?

Maybe it is about time that we considered that Romney might actually be the candidate his party has been looking for, and that it took all those comparisons to start getting us to realize it. Maybe it was a bit of the “grass is greener” syndrome. And maybe those “too-perfect” things that have made some hate him will end up being the reasons they love him.

And after the short lived excitement about six alternatives, aren’t we all getting a little sick and tired of the “anyone but Romney” sentiment? How many more times are we going to see headlines about looking for the “anti-Mitt” or read statements like “Romney is a great candidate but just can’t seem to connect to voters” or hear the pundits say things like, “His family is too perfect” or “You just wonder if you can trust a guy like that.”

With hindsight we may find that what we’ve really been saying is that we can’t quite seem to feel comfortable with a candidate who doesn’t have a few more obvious flaws and vices. “Anybody who seems that perfect,” the logic goes, “must be hiding something.”

Here is the reasoning (or lack of it) that we’ve heard so often: “Romney can’t really have that perfect a marriage or have raised that good a family can he? He turned abound failing companies and a failing Olympics and a failing Massachusetts, and he leaps tall buildings in a single bound… Come on, no one is really that good are they, so there must be something suspicious about him.”

Speaking as friends who have known Mitt and Ann Romney for a very long time, and as the parents of kids who are friends with some of the Romney sons, we can tell you that as parents, as marriage partners, and as people, Mitt and Ann are as committed and conscientious as they come, and this is only one of many “character qualities” that would combine with sheer competence and leadership to make Mitt the kind of president this country needs.

Just before Christmas, we recommended that they invite a film crew into their family Christmas party-and give people a more intimate look at their relationships with their outstanding sons and their families and access the public to a little more of a private look at the more casual Mitt-funny, relaxed, and a great singer along with being a genuinely compassionate person who really cares about others. We then withdrew that suggestion because we realized it might make him look even better, even more perfect, and even more exceptional.

But see, here’s the thing, he IS exceptional! And isn’t that what we should be looking for in a president?

It is a sad commentary on today’s society that many have become so cynical and negative that it’s easier for them to relate to and to vote for someone whose weaknesses make him more like them. And they may find it easier to “trust” a candidate made “real” by his flaws than one who has lived an extraordinarily moral and successful life.

And in an increasingly materialistic and secular society where the tone is sometimes a little mocking of faith and family, and even of character and excellence, isn’t it time to elect a President who can change that tone? These are the things that Mitt embodies, and yet the media is now referring to Santorum as the character candidate, and the faith and values and family candidate!

Those who bring up “flip-flopping” as a character flaw in Romney should think a little harder about what they are saying. Do you know anyone who has not evolved and progressed in their positions and their views? If so, that is the person we should worry about-someone so rigid and cocky and un-listening that he is the same as he was decades ago. The great thing is that wherever Mitt has changed, it has been for the better-toward a more enlightened view. That’s the kind of President I want, because the learning curve of a President is pretty steep!

And one more thing: He has not changed, nor will he, his principles or his moral positions; what have evolved are his political positions. For example, he has always been opposed personally and morally to abortion, but he has changed his view about various aspects of the politics and legality of the issue.

The latest “reason” to look for an alternative to Romney is the worst attempt of all. “He is a vulture capitalist, a heartless corporate raider who fires people and doesn’t care about the lives of the little people.” This one is not going anywhere. Most Americans know that the distinguishing and wonderfully productive of a free enterprise system is that weak companies collapse to make room for stronger companies that employ more people and add to rather than subtract from the overall economy.

During his time in the private sector, Mitt created 10 times more jobs than he eliminated.  But two related points should be made:

1. When you have a company that is bloated or wasteful, you cut its spending and get rid of its excess personnel–and that is exactly what needs to happen to the federal government!”
2.  There is only one person Mitt would enjoy firing, and that is Barack Obama!

In the private sector, Mitt took control of a large number of companies.  His goal was simple:  To turn them around and make them more efficient, to eliminate waste and to get their expenses below their income, sometimes to break them up and get rid of the parts that were not performing.  He is now longing to get my hands on the departments of the federal government and do exactly the same thing.

Here’s our hope over the next few weeks: That republican primary voters in the rest of the early, key states will focus on the values and character of the man as well as his positions on issues-and get over this strange obsession to find a “not so perfect” alternative.

And here is a prediction: As Mitt becomes the presumptive nominee, both Republicans and Independents will galvanize around him and the very “too good to be true” things that make people suspicious now will become the keys to a wide spread admiration, confidence and support.

We’ve all seen this same kind of transition in business and community settings: A person with mixed appeal-some like him, some are jealous, some dislike him-gets the promotion or wins the position, and suddenly most everyone jumps on board and sees the positives.

Once that happens, we can get on to a general election between two very bright and very principle-and-family-oriented men who we can hope will respect each other and wage a stimulating campaign of ideas and priorities; giving voters a very clear choice between a philosophy revolving around debt and government solutions and one revolving around fiscal responsibility and private sector solutions.

Let us close and try to summarize my point with a personal anecdote: We were at Mitt and Ann’s home one evening not long ago while some of their kids and grandkids were visiting. There came a point in the evening when Mitt went missing, and I (Richard) went upstairs to see if I could find him. As I walked down the hall I heard what sounded like a baby and an older child laughing. I followed the sound and opened a bedroom door to find Mitt baby-talking to a grandbaby and changing a messy diaper. That, I thought, is the Mitt Romney I wish America knew.

*The Eyres are New York Times #1 Bestselling authors and personal friends of Mitt and Ann Romney. As a young man, Richard worked on the presidential campaign staff of George Romney, Mitt’s father.