What Happened to the Faith Once Delivered to the Saints?-A Brief Outline of Apostasy and Restoration « Meridian Magazine

What Happened to the Faith Once Delivered to the Saints?-A Brief Outline of Apostasy and Restoration 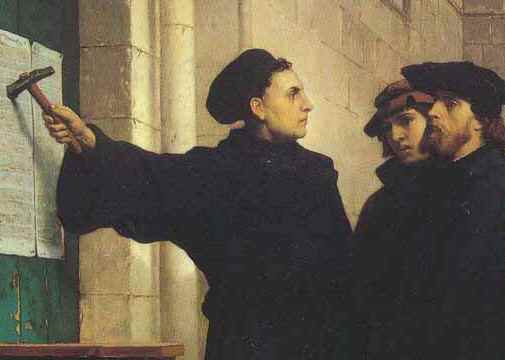 1. Jesus Christ established an earthly organization (not just a mystical union of believers) which he called his Church, and which was also referred to as “the faith once delivered to the Saints”.

C. Acts 13:1 “there were in the church… prophets and teachers”

D. Acts 15:4 “they were received of the church, and of the apostles and elders”

E. Eph. 2:20 “built upon a foundation of apostles and prophets”

F. Eph. 4:11-14 “And he (Jesus) gave some, apostles; and some, prophets; and some, evangelists; and some, pastors and teachers; for the perfecting of the saints, for the work of the ministry, for  the edifying of the body of Christ: till we all come in the unity of the faith, and of the knowledge of the Son of God, unto a perfect man, unto the measure of the stature of the fulness of Christ:

That we henceforth be no more children, tossed to and fro, and carried about with every wind of doctrine, by the sleight of men, and cunning craftiness, whereby they lie in wait to deceive;

A. Isa. 24:5 “they have changed the ordinances, and broken the everlasting covenant…”

C. Acts 20:29 “shall grievous wolves enter in among you, not sparing the flock”

3. The Bible also states that before the Second Coming there would be a restoration of the Church that Jesus organized. (see the end of this paper)

4. History shows that the Great Apostasy did indeed take place:

Year (A.D.) Steps of the Apostasy

70 Jerusalem (Headquarters of the New Testament church) is destroyed.

Other cities such as Antioch, Alexandria, Ephesus, Corinth, and Rome began emerging as Christian centers.

75 (approx) Death of the last of the original Twelve Apostles.

(John — exiled to isle of  Patmos, then disappeared from history after about 95 AD)

With no more general Church authorities (Apostles and the Seventy) , local authorities (Bishops) assumed leadership, but without jurisdiction to make decisions for the entire Church.

LOSS OF DIVINE AUTHORITY AND REVELATION FROM GOD TO THE CHURCH

170 (approx) Irenaeus developed theory that Bishops (at least those ordained directly by the Apostles) could justly claim to be equal in authority with the Apostles. He also theorized that churches with Apostolic foundation had “pre-eminent authority” over other churches.

190 Tertullian (lawyer-turned-theologian) introduced the concept of the Godhead as a “corporation” (Latin personae), and coined the word “trinity”. He also advocated a professional clergy.

“Origin” (Bishop of Alexandria) was the last to teach it.

200 (approx) — use of crucifix & cross as a Christian symbol first began.

311 Edict of Toleration (of Christians) issued by Galerius

313-324 Several Edicts by Constantine established Christianity as the favored State Religion of the Roman Empire. Constantine assumed the role of Pontifex Maximus or “chief priest” over the entire Roman Christian church.

313 “Donatists” elect their own bishops in North Africa, and set up a separate Christian church which lasted until the Moslem conquest in the seventh century.

316 Council of Arles called by Constantine to settle Donatist Schism. Precedent set of the emperor (not Church authority) being called upon to settle Church matters.

318 celibacy for the clergy and monasticism introduced

323 (approx) Arius (a young priest in Alexandria) taught that Jesus was not equally God with the Father, since he was “begotten” at some point in time and therefore was not co-eternal with the Father.

325 Council of Nicea called by Constantine to settle the problem of the Arian “heresy”. After two months of heated debate and deliberation by 218 bishops (mostly representing the Eastern church), a compromise concept called the Nicene Creed was formulated to “define” the Christian Godhead as the “Trinity”.

Note: The council was not presided over by the Bishop of Rome (who was not even present), nor indeed any Bishop, but by the Emperor Constantine. It was he (an unbaptized pagan) whose power most directly influenced the formulation of the Creed and directed the outcome of the Council.

325+ The influence of Greek philosophy which had crept into Christian thinking continued to alter doctrines relating to the nature of God, and man’s relationship to Diety. (This was sometimes called Christian Neo-Platonism)

Some of the apostate doctrines that came out of this thinking were that:

326+ Rise of “Caesaro-Papism”, or support and dominance of the church by the Roman state.

396 Augustine selected as a bishop. Trained as a lawyer and philosopher, he was known as the “Christian Plato”. He greatly influenced Christian thought and introduced a number of apostate doctrines. Chief among these were:

(Note: these doctrines were refined later by John Calvin and others.)

440-461 Title of “Pope” first used by Leo, Bishop of Rome (Note: “papa” or “pope” as well as “Vicar of Christ” were used by many bishops in different cities until the 6th century when it began to be reserved for the Bishop of Rome.

450 Leo the Great begins building the Medieval Papacy into a political power.

(NOTE: None of the early Church Fathers who shaped the doctrine of the church were bishops of Rome.)

Example: December 25th, which was fixed as day to celebrate birth of  Jesus, is actually the nativity date of the pagan god Mithras.

850 Documents forged by some church leaders were alleged to be a handbook for church government put forth by “Pope” Sylvester in the 3rd century, supposedly giving support to the supremacy of the Bishop of Rome over other bishops. Called the “Forged Decretals”, they were acknowledged as forgeries in 1440 by the Roman Catholic church, but by then the Roman Papacy was well established. Thus the claim by some that the Roman Catholic Church was “built on lies and forgeries”.

850-962 112 years in which the Popes were chosen not by the Church, but by the Roman or German kings and emperors.

doctrine established of a “treasury of merit”, of excess good deeds by apostles and saints, etc. This merit could be dispensed to forgive or “absolve” the sins of other people, who could receive a “dispensation” under authority of the Pope. This led to the doctrine of “indulgences”, wherein people could purchase forgiveness for sin from the church.

1044 Pope Benedict IX (12 years old when elected Pope) was such a farce that he was forced to resign the Papacy.

1054 The “Great Schism” occurs, when the Greek Orthodox and Roman Catholic branches of the Christian church excommunicated each other, formalizing a division that had actually been in existence for centuries.

1059 Pope Nicholas II institutes the College of Cardinals in an attempt to regain for the Church the control of the Papacy, and wrest it away from the political leaders of the state.

1198 – 1216 Pope Innocent III acts as dictator, dominating the heads of state in England and Europe. (This was the reverse of “Caesaro-Papism” where the State ruled the Church.)

1215 doctrine of Transubstantiation promulgated by Pope Innocent III as official dogma of the church. (it had been debated since the second century)

1265 Thomas Aquinas develops an explanation for the Transubstantiation doctrine.

1378 Conciliarism, and the 2nd Great Schism

They excommunicated each other, and confusion reigned for over 70 years (quite a break in the “unbroken succession”?) until 1449 when Pope Nicholas V of Rome outlived his competition.

(Where would the headquarters of the Church be if one of the others had lived longer?)

1545 Council of Trent: met to try to reform the Catholic church’s errors.

(first imposed, then rescinded in the 1960’s, without any revelation from God

for either doctrinal change)

THE PROTESTANT REFORMATION: SOME HITS AND SOME MISSES

1160 Peter Waldo of Lyons translated Bible into common tongue and distributed it. He founded the Waldensians, called the “first Protestants”.

John Huss is executed for spreading Wycliff’s work to Bohemia.

His false doctrines were:

1521 King Henry VIII of England writes a rebuttal to Luther, thus earning himself the title (from the Pope) of “Defender of the Faith”.

1529 A meeting between Luther and Swiss reformer Zwingli failed to reach unity.

Protestant faiths have diverged from one another ever since.

1534 The same Henry VIII defied Rome: he wanted to divorce his wife but the Pope said no

1535 Henry declared himself head of the English Church, and separated it from Roman Catholicism into the Church of England (Episcopal Church)

1541 John Calvin developed doctrines from his study of the Bible that profoundly influenced the Presbyterian, Congregational and Baptist faiths, among others.

His “five points of Calvinism” (known by the acronym TULIP) are;

1. Total depravity of man. (Man is incapable of good by himself.)

2. Unconditional Election (God chooses or “elects” those who will be saved.)

3. Limited Atonement (Christ died only for the Church, not for everyone.)

5. Perseverance of the Saints (“Once saved, always saved”. You can’t lose your salvation.)

TIME FOR THE RESTORATION

1820 Joseph Smith prays and asks “Which church to join?”. In a daylight vision he is visited by Jesus Christ who tells him to “join none of them”, that they are all wrong. He is told that if he obeys God, he will be chosen to bring about the Restoration of New Testament Christianity in its pure form in these latter days.

After several years and a number of visits by heavenly messengers, he is ordained to the Apostolic Priesthood by the resurrected Peter, James, and John, and given authority to organize the Church of Jesus Christ…. of Latter-day Saints.

The Bible’s Restoration Prophecies are fulfilled:

A. Acts 3:21 “(the 2nd Coming will not occur until) the times of restitution of all things”

B. Daniel 2:44 “(in the last days) shall the God of heaven set up a kingdom which shall never be destroyed”

C. Rev. 14:6 “(in those days) I saw another angel flying in the midst of heaven, having the everlasting gospel…”

E. Isa. 2:2 “the Lord’s house shall be established in the tops of the mountains.”

THE “FAITH ONCE DELIVERED TO THE SAINTS” IS RESTORED!

What are your sources? This is a nice summary article, and would be 10 times more meaningful and powerful if you cited the sources. Thanks. :)