SALT LAKE CITY, UTAH — Edna Alba recalls sitting at a banquet table, bulky headset in place and her feet resting on a dirt floor underneath the Tabernacle during a session of general conference of The Church of Jesus Christ of Latter-day Saints. Alba assumed the task of interpreting the meeting’s proceedings from English to her native Spanish language.

Not only was there a dirt floor, but also an Army tent pitched as a protective barrier from interrupting noises. 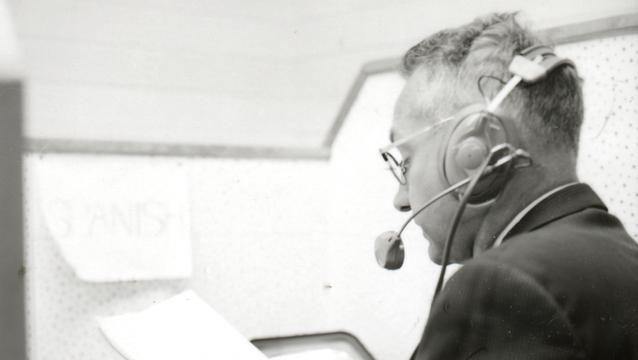 Alba was one of the very early interpreters for conference proceedings, beginning her volunteer service in 1966.

“That first interpretation was spurred by the fact that stakes were created outside the United States, and Church leaders were being brought in to conference,” explained Jeff Bateson, director of the Church’s translation division. “There was a need to make the messages available in other languages.”