LDS Fiction: A New Twist on an Old Favorite 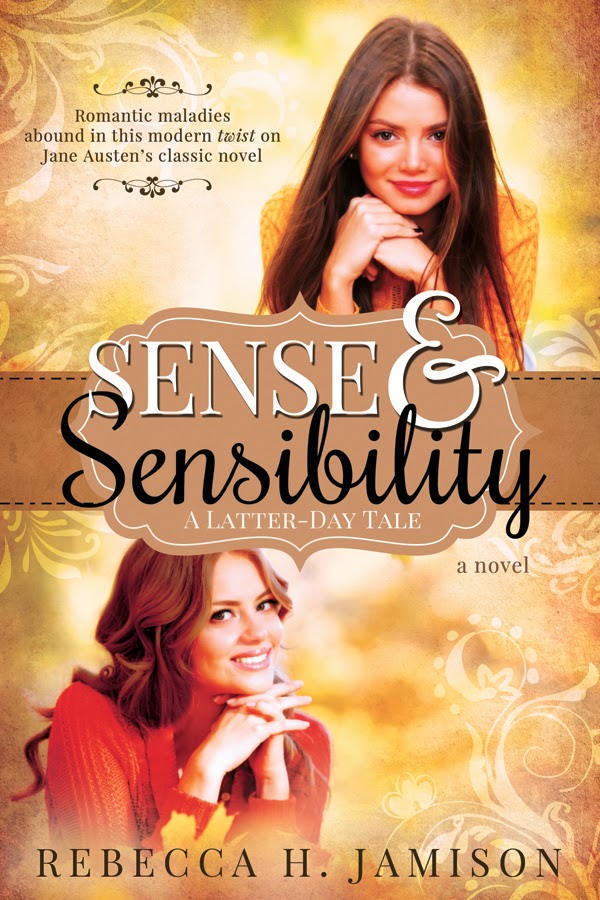 Sense and Sensibility, a Latter-Day Tale by Rebecca H. Jamison is another take off on the classic Sense and Sensibility written by Jane Austen two hundred years ago. Like the original, two sisters, are forced by economic conditions to move to another area. They both fall in love, but one uses reason and common sense while the other is all romantic heart. Even the names, Elly and Maren, are similar to those used by Austen, Elinor and Marianne.

The story is told from the sisters’ points of view with the chapter heading of each chapter being one of the sister’s names. There’s a third sister in Jameson’s story, a younger girl named Grace who is severely autistic. All three girls have some mental problems. Elly has a severe temper, Maren suffers from suicidal depression, and Grace’s problems extend beyond autism to limited intelligence.

The family has been severely traumatized by the cancer death of the father and the collapse of his business through the actions of Elly’s former fianc and the wealthy woman he married. Neither Elly nor Maren can find a job and their family income is limited to the small amount their mother earns as a fast food waitress. They’re also saddled with a half million dollars in debt from the bankrupt business. Their dire situation finally forces Elly to get a food order from her bishop. She takes Grace with her to fill the order at the Bishop’s Storehouse where the younger girls throws one of many tantrums. Elly also meets Ethan who helps her with Grace and turns out to be the brother of the woman her former fianc dumped her for. He’s attracted to Elly and promises her a job at the company his sister and brother-in-law own. She’s desperate for money so she accepts a temporary job with the company and discovers proof the company is using a computer program stolen from her father’s company.

When they get a foreclosure notice on their house, they move east to live with their paternal grandmother who is a hoarder. The grandmother arranges for the girls to work for a man who owns a dairy and whom she hopes one of them will marry. He and Maren are attracted to each other until someone more exciting comes along and she falls for him, though she really isn’t stable enough for a relationship. Ethan makes frequent visits to see Elly, but she’s afraid to fall in love again.

I really couldn’t identify with any of the women in this book. Their negative qualities are so much stronger than their positive ones, they left me feeling like they all needed some mental health counseling, though Jameson did an excellent job of creating distinctive characters and making them more interesting than their Austen counterparts. Dialog is handled well and the plot follows the Austen story line well. The two sisters’ stories told in first person, a chapter at a time, breaks the flow of the story and is somewhat annoying. The author tries a little too hard to be politically correct and to support all of today’s popular charities. I’ll admit to some bias here because I’m definitely not an Austen fan. The author shows great promise and the cover is exceptionally well done.

Rebecca H. Jamison followed the same format with her first two novels which are both modern updates of classic romances as well. She grew up in Virginia, then attended Brigham Young University. She served a mission for the Church of Jesus Christ of Latter-day Saints to Portugal and the Cape Verde islands. Since her mission she has worked as a technical writer and as a teacher. She and her husband and children now live in Utah.