LDS Fiction: When Everything Falls Apart in IMPERFECT LOVE 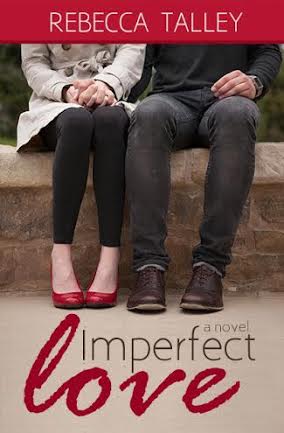 Lauren Wilson thinks she has the “happily ever after” she always dreamed of; a handsome husband who makes a more than comfortable living, a job she loves teaching middle school, and now she’s expecting a perfect baby. When tests show the baby isn’t perfect and will be born with Down Syndrome, she also learns her marriage is only perfect as long as she does what her husband and his parents decide. She also learns her job is in jeopardy when out of compassion for a troubled child, she drives the child home from school. She also fails to get permission before showing an edited version of Schindler’s List to her class, both actions she should have known were in violation of school rules.

As Lauren begins to think for herself, she knows she can’t go through with the abortion her husband demands at his parents’ urging. Forced to choose between her baby and her marriage she ends up back home with her mother determined to begin a new life for herself and her baby. She struggles with a mother and a sister who are both bossy control freaks even though they love her. Finding a job and taking charge of her own life are not easy.

Ethan Campbell was her brother’s best friend all through school and Lauren had a crush on him. He’s back in their hometown to settle his mother’s estate following her death. He’s a nationally recognized photographer now, happy with his globe-trotting lifestyle, and with no desire to settle down. The two resume an old friendship and soon discover they both have some difficult decisions to make.

At first I didn’t like Lauren much because she seemed weak and wishy-washy, but she grew on me as she became stronger and developed a backbone. Ethan is a strong, likable character, but most of the other characters have more negative than positive characteristics. I would have liked a better balance, especially from Lauren’s mother and sister.

Talley deals well with the unit Lauren teaches on the Holocaust and without spelling out the comparison the reader sees the connection between the Jews who were denied life and the fate of her unborn baby. The references to her pupil who learns she is adopted are not handled as well, but also opens a line of thought concerning the baby Lauren is carrying.

This book will be enjoyed by many readers. The relationship between Lauren and Ethan will appeal to romance readers while the overall story provides much to think about for those interested in social issues. Talley’s style is warm and comfortable, providing the reader with a satisfying reading experience.

Rebecca Talley grew up in Santa Barbara, Ca, graduated from Brigham Young University, married, and is the mother of ten children, including a son with Down syndrome. She and her family currently live in Houston, Tx. Imperfect Love is her eighth book.