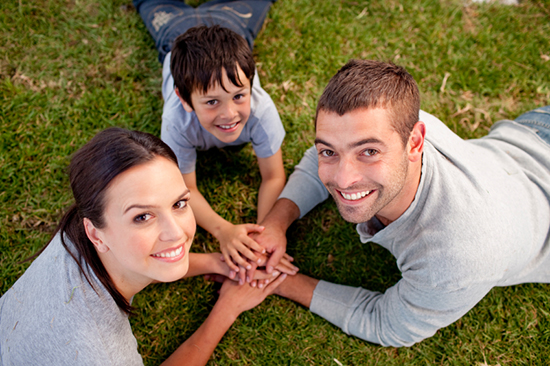 Waiting for a movie ticket can be an interesting experience. In a movie line, somewhere in the world, a mother and her son were waiting in line to see a family friendly movie when the son saw some of his friends in line for a movie ticket as well. Upon asking, the young boy of ten found out that his friends were going to see a high action movie that was very popular at the time instead of the family friendly movie he was originally excited to see. At this point, the young boy leaned over to his mother and said, “Mom, let’s go see the high action movie instead. This movie looks baby-ish.”

The mother looked at her son and his friends and considered. She didn’t want to ruin the outing that she had hoped to have with him. She wanted him to enjoy her company and feel like she understood him. She also recognized that he wanted to be able to discuss the movie with his friends come Monday at school. She didn’t want him to feel left out. But, something inside her felt like her ten-year-old son wasn’t ready for the vivid graphics and adult content of the other movie. She hadn’t researched the popular action movie and didn’t really feel good about seeing it herself. But, she knew those other children from church and knew their parents to be good people. Surely they wouldn’t approve the action film if the children weren’t ready for the movie.

After a couple of seconds of deliberation, the mother consented to seeing the new action movie instead of the family friendly movie she had already pre-approved. During the movie the mother hoped her innocent ten-year-old son wasn’t affected by the crass language and that he wasn’t over-stimulated by the dizzying fight scenes.

When the movie concluded the young son said, “That was so cool! We have to see the sequel.”

Even though the young mother thought this kind of statement would make her feel glad, it hurt her to know that her young son’s taste in movies had now just changed and that he wouldn’t appreciated family friendly movies as much. She also dreaded the day she would have to allow him to see the sequel to this movie since she had allowed the first movie. She also felt a spiritual ache inside. Did she damage her son? Was his conscience okay? Did her sitting through this movie show him that she approved of this kind of language and conduct? Was she part of damaging his conscience? “Oh well,” she thought. “One movie isn’t a big deal. And, he wanted it. I couldn’t tell him no.”

Another parent, a father, is on a hike with a group of children. Some of the children want to go a different way than the other children because they want to go faster to the bottom so they petition the father to go on ahead. The father doesn’t want to tell the young people no and acknowledges that they are good at hiking so he allows them to go at their own paces not worrying about keeping the group together. After all, people get annoyed when they have to wait for other people.

At the end of the hike the young hikers are tired. So, one by one, they leave the mountainside. On the trail one young girl and her friend are in trouble, but no one knows it. One young girl has twisted her ankle and cannot walk well. Her friend, has stayed by her side and is trying to help her down the trail, but night is coming on and they have no way of getting help. The girls feel bad that the group has had to wait so long for them to arrive at the starting point. Surely help with come soon. They kneel and pray for protection.

The Dangers of Child Led Living

In both of these situations the parents were concerned with what the children said that they wanted. The young ten-year-old son wanted to see a movie that his friends were seeing. The young hikers wanted to go fast so that they could get done with their hike quickly. All of these young people were unprotected when they were given what they said they wanted.

Some might say, “But, what about agency?” Agency is an interesting term. It’s ancient definition meant choosing who you will follow, not simply making a choice. And, if we take this all the way back to the Garden of Eden, we see Adam and Eve choosing who to follow, Christ or Satan; good or bad.

Most people now days don’t like to think of things in terms of black and white; good and bad. We are encouraged socially to see all shades of gray and accept them all. However, when it comes to agency there has always only been two choices. Each of us are agents for either good or bad and when people follow us they follow either good or bad. Just as Eve was an agent of Satan when she got Adam to eat the forbidden fruit. (Don’t worry, I realize this statement could be followed by a more detailed discussion about Eve, but this isn’t the article for that. I’m glad she chose so that we could be here.)

In a time when people want to empower children, it is common for them to think that they have to turn the upbringing of the children over to the children in order to empower them to choose right choices or to become successful. This concept is not historically proven. In fact it is a false theory. It is true that each person is unique and will likely accomplish different things in life so parents need to be in tune to the child’s gifts and possible mission in life. But, parents should not be so nave to assume that children always know what is best for themselves.

Knowing what is best for one’s self requires having exposure to what is right and wrong, good and bad and true and false, and being trained on which paths lead to right, good and true. The proper training involves instructing children in virtues such as perseverance and patience, as well as respect and wisdom.

Parents who teach their children to accept no answers, follow instructions, accept consequences and disagree appropriately will teach all the above virtues as well as others.

When children are babies, parents make plans for how they will raise them. The parents envision close relationships and mutual respect as well as hard work ethics and power people of purpose. Yet, as the children grow, more and more parents lose sight of those original principles and stop being someone the children follows. They abdicate their parenting responsibilities to society and school.

The greatest generation in recent history was the GI generation who fought in World War II. These young people knew what was right and wrong. They worked hard. They struggled through many no answers by living through the great depression. Their parents, although not perfect, taught them what was right and wrong and protected them from the evil influences of their day. They raised them to respect their elders and to respect their country and their freedoms. They trained them to give their lives to protect the things they respected. This is the sign of a self-governed people. When the people will sacrifice for the opportunity to respect their nation, their families their parents and the virtues of their God then they are in control of their happiness and their destiny.

These days are not so different as the 1940s. We are at war too. But, our war isn’t one that is fought with guns and tanks. It is fought with words and ideas. It is a war of wisdom versus pleasure. It is a war to determine what really brings true happiness. Our children are also a great generation. They have many of the same characteristics and intelligence as the last great generation. They are born to fight, but what will they fight for? Who will prepare them?

What Do Children Want?

The young people now days want purpose, wisdom and trusted leaders. They know they are destined for greatness and feel an urge to lead out in the world. They want boundaries, they want structure, they want respectable, honest leaders, they want truth, they want skills, and they want purpose. They want what all people want. And, they look to their parents for these things. Parents must not believe the modern myth that children should lead themselves and be abandon by their parents. This will ruin their lives, their hopes and their happiness, and it will damage our countries and freedoms too.