“Like nuclear families, blended families within and without the Church can be successful, loving, and unified.” (Elder Robert E. Wells, “Uniting Blended Families,” Ensign, August 1997).

Although increasingly common, stepfamilies (or “blended” families) are often seen either as abnormal or, on the other end, as if they were similar to first-marriage families “once the dust settles.” Research and experience demonstrate, however, that “the idea that the stepfamily must match the original family is flawed. A stepfamily is an alternate, not an aberration.” (Browning, 2014)*

I am a member of two different stepfamilies: my father remarried after my mother’s death and my wife has a son from a previous marriage. In my experience, blended families have all of the struggles of a “first-marriage family” as well as challenges unique to their situation. They’re also capable of great unity, affection, and joy. The following are some keys for happy stepfamilies that, while perhaps not applicable to every situation, have helped enough stepfamilies to be worth considering.

1. Don’t rush it. Blended families are usually formed after a painful event (e.g. divorce, death). Don’t rush the healing process or hurry family members to act like everything’s okay. Pushing them to embrace a new lifestyle and new family members may lead them to do the opposite. Allow as much time as necessary for the transition to happen naturally. Of course, disrespectful behavior needn’t be tolerated, but acknowledge that it’s okay for them to experience complex emotions as a stepfamily is forming.

2. Don’t abolish the original families. Dr. Scott Browing, a leader in stepfamily research, explains that there is “no need to destroy one family to build a new one. Multiple families can exist within the greater umbrella of the stepfamily. In fact, accepting that often eases tension.” It’s healthy for each family to retain some of their traditions and to spend time with just each other once in a while.

3. The biological parent should be the primary disciplinarian, at least in the beginning. The step-parent often has their work cut out for them trying to gain the acceptance of the children. Expecting him or her to be the primary enforcer of consequences will merely increase the children’s resentment. The biological parent must step up to the plate and the children should be made to understand that the step-parent has authority because they’ve been “deputized” by Mom or Dad.

4. Define new “house rules” together, ideally in a step-family meeting. Rules from the “first-marriage” family are often revised or dropped from the remarried family, which leads to confusion and feelings of instability. Deciding together what rules to keep, drop, and change helps to unify blended families.

5. Establish co-parenting expectations with exes. Almost anyone who’s co-parented with an ex can tell you that chaos ensues when children have wildly different expectations and rules from house to house. Coming to an agreement is necessary. Depending on the relationship dynamics, some former couples can do this easily, while others cannot. In the case of the latter, a skilled family therapist can help establish co-parenting expectations and boundaries, with the clear understanding that therapy will be focused on agreeing on what is best for the children, not “airing dirty laundry.”

6. Let the kids decide whether or not to use “step” labels. Some children resent having to call an unrelated person their mother, father, sister, or brother, while others embrace it. Don’t dictate to them what labels to use; they’ve got enough going on that’s outside of their control that this one should be their call. For example, when our first daughter was going to be born, I asked my stepson if he wanted to start calling me “Daddy” like she would, or if he wanted to keep calling me Jono (my nickname). He’s got a great relationship with his biological father, so it was no surprise to me when he responded “No, I want my daddy to by my daddy and my Jono to be my Jono.”

I’m confident that these keys will help. That said, this topic is too complex to be fully covered in one article. Here’s a few additional resources:

–       If you’re in Southern Utah, I invite you to my Successful Stepfamilies seminar.

Jonathan Decker is a licensed marriage and family therapist providing face-to-face counseling as well as online webcam sessions. He is the co-host of The KJZZ Movie Show on KJZZ-TV in Utah. His book, 250 Great Movies for Latter-day Families is now available to purchase from Cedar Fort Publishing.

Jonathan reviews Hollywood films from a Latter-day Saint perspective at www.mormonmovieguy.com. He is married with four children. 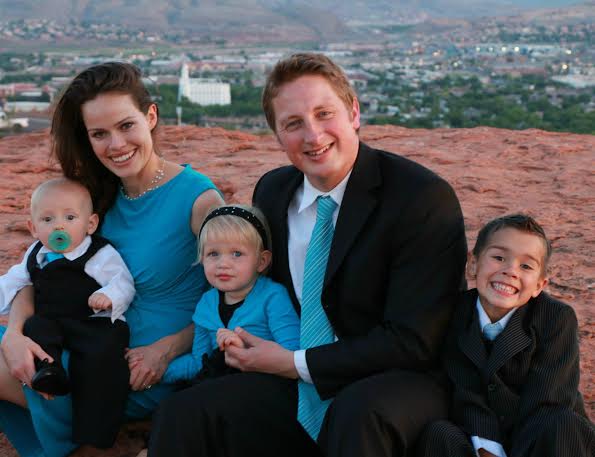 As a step and biological Mom, and the author of a book on stepfamilies which included not only my own experience but research with stepfamily authorities and other stepfamilies, I am aware, all to often, of the high rate of divorce among these families.?? One reason is that there are no understood guidelines for these families. Society tends to apply the rules of first marriages, while ignoring the complexities of stepfamilies. A little clarification: In

Great article Mr. Decker! My step kids call me by my first name. I live it and they like it. Here is an article i just wrote about my first year as a step parent: https://www.brokenfamilysolutions.com/2014/06/03/step-parenting-difficulties-first-year/ Have a great day!