PHOTO ESSAY: Mormon Helping Hands in the Philippines for Day of Service

“Mormonism in Pictures” is a photo essay feature from Mormonnewsroom.org depicting The Church of Jesus Christ of Latter-day Saints and its members around the world. Today we feature photos from the Philippines National Day of Service. 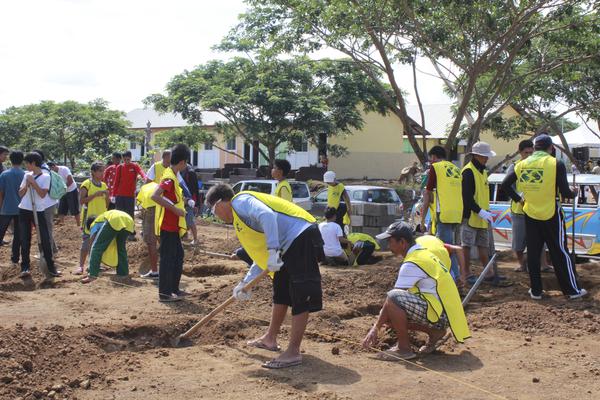 Thousands of Mormon Helping Hands volunteers gathered across the Philippines on 26 April 2014 to participate in the National Day of Service, an annual event organized by The Church of Jesus Christ of Latter-day Saints worldwide in which local congregations gather to render service in their communities. 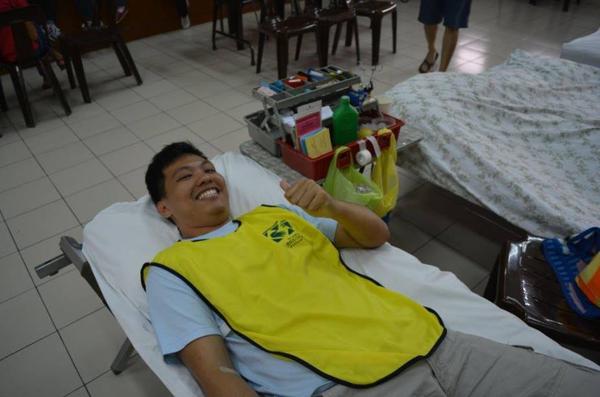 Projects in the Philippines this year included cleaning up streets, markets, schools and a coastal area; building homes; organizing a blood drive; holding a feeding program; and preparing food kits. Volunteers picked up trash in a couple of areas familiar to tourists, including the coastline near Daet and Tinago Falls in Iligan City in the Mindanao region of the Philippines. 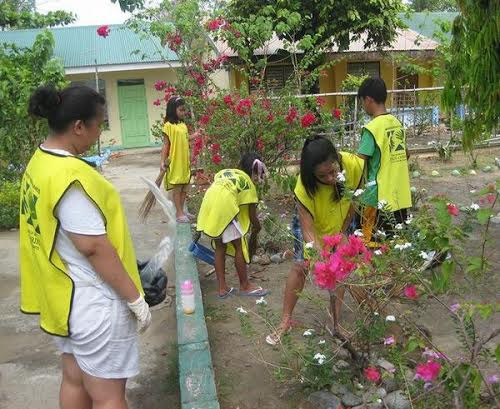 For the last six years, more than 2 million hours of community service have been rendered by Mormon Helping Hands volunteers from Luzon, Visayas and Mindanao, the three principal geographical divisions of the Philippines.

The Helping Hands program reflects the desire of Mormons to follow the example of Jesus Christ by serving others. 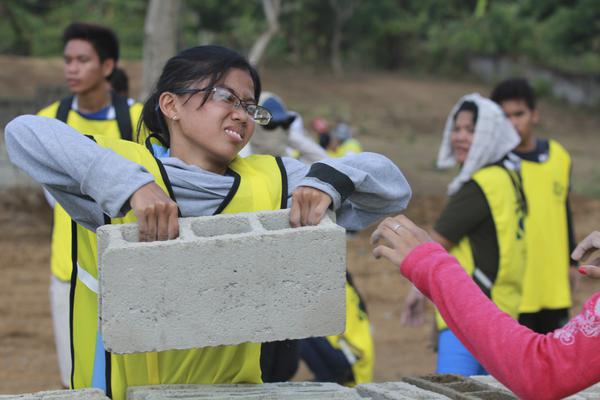 An estimated 85 members and missionaries of the Cavite Philippines Stake (similar to a diocese) joined with Gawad Kalinga (GK), an organization known for building communities for the less fortunate, to construct homes in Trece Martirez, Cavite. Volunteers shoveled and excavated soil, cleaned, mixed cement and gathered water as they helped build houses. 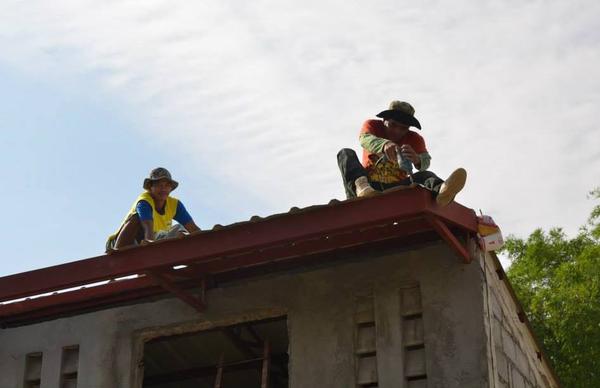 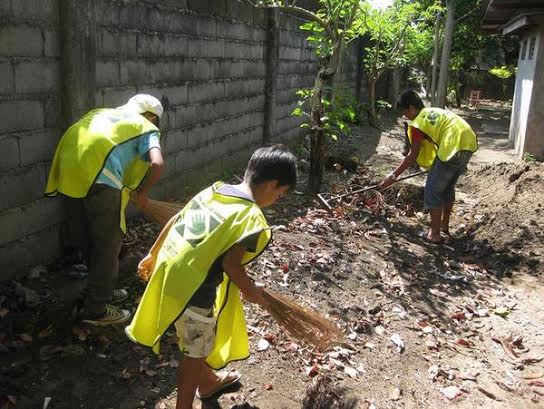 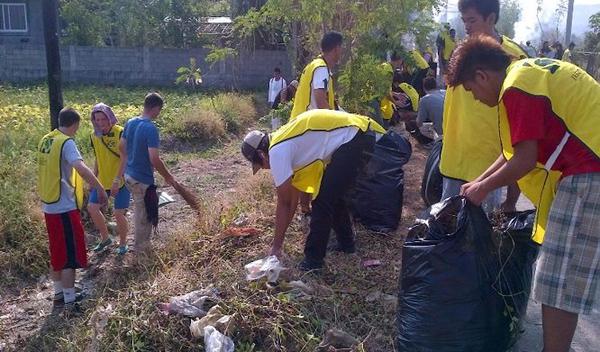 Also in Luzon, nearly 290 volunteers from the Laoag Stake braved the scorching heat of the sun to pick up trash along a kilometer of the provincial roadside of Barangay 5, San Ramon, Vintar, Ilcos Norte.

Two Latter-day Saint congregations from the city of Marikina, on the island of Luzon, participated in the Day of Service.  One group, in cooperation with the Philippine Red Cross, held a blood drive. Another congregation held a feeding program and entertained youth in the barangay, or village, with a mini-concert and shared gospel standards found in the Church’s publication titled For the Strength of Youth at the St. Joanne Covered Court, located in Tanang, Marikina. 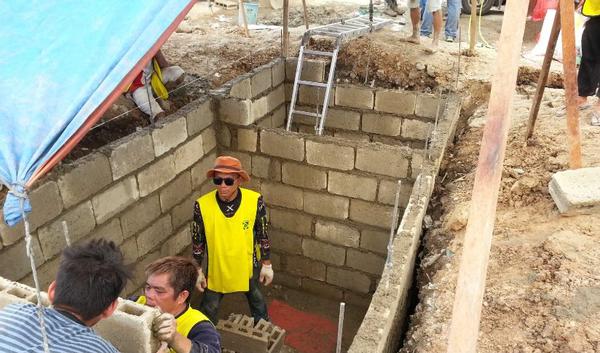 In the Visayas region, volunteers from the Cebu City Stake built a communal toilet in Barangay Lorega, Cebu City, which was recently devastated by a fire that destroyed hundreds of homes and left thousands of residents homeless. 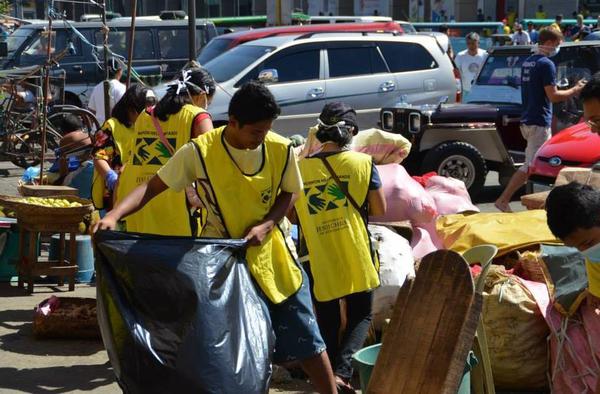 The Iloilo Mormon Helping Hands volunteers gathered to clean the Iloilo Terminal Market and La Paz Public Market, where many local residents buy their fresh produce and other foods. 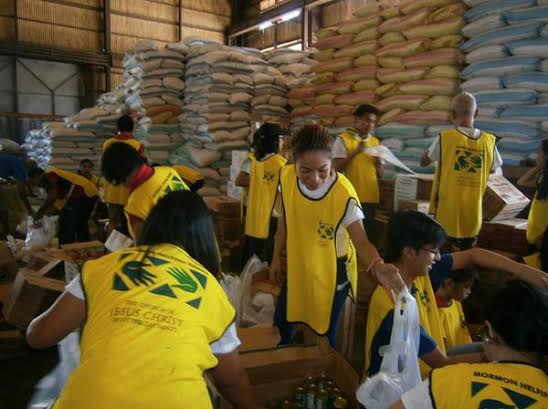 In Mindanao, a congregation from Ma-a, Davao City, held a feeding program and rebuilt the house of a friend. Mormon Helping Hands from Davao also converged at the Department of Social Welfare and Development (DSWD) Repacking Center in Panacan Depot to prepare food kits for fire victims of Isla Verde, Davao City. The fire in April left hundreds of families homeless.

Latter-day Saints participate in service opportunities throughout the year.

Two thousand youth volunteered on 3 May to build houses for Sendong typhoon victims as part of Habitat for Humanity’s Youth Build 2014 in southern Philippines. The typhoon hit the region in December 2011.  Construction took place at the Pagatpat Habitat site. 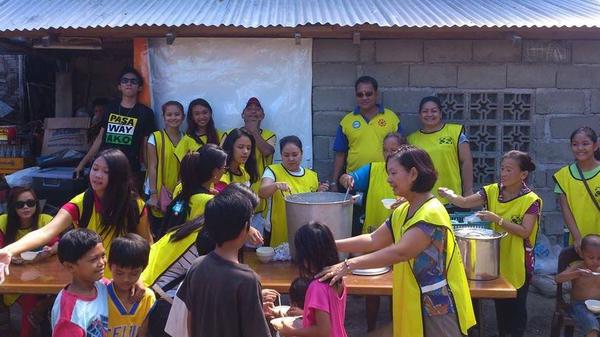 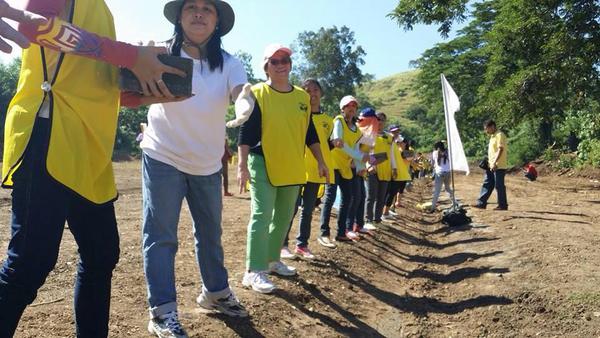 Mormon volunteers from Naga, Carcar, Sibonga and Argao of Cebu, Philippines, planted mangrove trees in Taloot Argao on 3 May in cooperation with the Department of Environment and Natural Resources (DENR) Argao.