The Love and Dessert Trilogy by Shannon Guymon is three delightful love stories in three separate books, best read in order beginning with You Belong With Me, then I Belong With You, and concluding with My Sweetheart. The overall story is of three sisters in their twenties whose mother passed away earlier and whose father abandoned them to his drug habit when the youngest sister was an infant. Without family, they are shocked to learn their recently deceased paternal grandmother has left them her successful bakery in a small town near Tacoma, Washington. 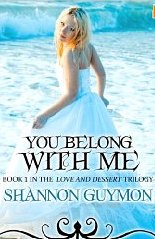 Layla is the oldest sister and a burned out social worker who has fought too hard for women and children in abusive situations. She can’t face anymore and has decided to accept a job as an adoption counselor in California when she receives word of her inheritance. After consulting her sisters, they decide to accept the legacy. She isn’t too sure they can learn to be bakers, but they like to cook and at least this will be a chance for them to be together.

The young women soon learn that an overly zealous businessman is determined to buy the bakery, tear it down, and build a strip mall. Their father shows up, too, demanding a share of his mother’s property. He demands the property be sold and that he receive a large cash settlement, which his daughters know will be used to buy drugs. The realtor, Michael, and his precocious four-year-old daughter, Stella, leave a far different impression on Layla than does the businessman, but Michael has a battle on his hands breaking through the wall of resistance Layla has built up against men and another battle with his ex-wife’s greedy schemes. 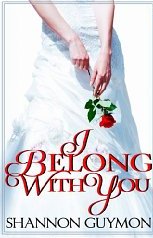 Kit is exceptionally gorgeous and her long, flaming red hair sets her apart in any crowd. She’s an artist and not too sure she wants to be a baker until she learns she has a flair for baking sour dough bread and decorating wedding cakes. Painting on canvas becomes a part time career. The handsome retired pro baseball player who owns a nearby restaurant and who is her best bread customer catches her eye, but when he rudely lets her know he’s not interested, Michael sets her up for a formal dinner date with an old friend of his.

She’s not happy with Michael’s interference, but dresses in a long skinny dress for the occasion, and is horrified when her date shows up with longish, bleached hair riding a motorcycle. She soon learns he’s a computer geek who designs games and has hired a personal trainer to help him be more attractive and overcome his self-consciousness, but the trainer has gone a little too far. Kit’s compassionate streak kicks in. She starts out teaching Hunter to dance and before long they’re inseparable. The insensitive restaurant owner changes his mind about her and the sparks fly. 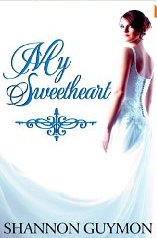 Jane is the youngest sister. She has a degree in accounting and business management, but is the most enthused about being a baker. Her specialty is cupcakes and she’s head over heels in love with a Samoan police officer who visits their bakery almost every day. He refuses to date Jane because his aunt and uncle who rescued him after his father was shot in a gang fight and his mother died of an overdose, disapprove of him being involved with a Caucasian. Jane begins a campaign to fall out of love. Unfortunately someone does fancy he’s in love with her; the businessman who wants the bakery also wants Jane and takes steps to force her to accept him. His actions push the police officer to examine his feelings.

All three love stories are fun, the dialogue is great, and the sisters’ situations are just different enough to make all three books fresh and entertaining. Some of the mushy scenes go on a little too long, but never stray into erotica. The language is clean though a few slang terms are ones I consider a little crude even if they are often used by today’s young adults. There are more descriptions of clothing in the books than I’ve seen in romance novels for some time. The central characters are well developed and the sisters’ personal growth is rewarding to watch. Some of the minor characters are not as well-developed as I would have liked, but overall characterization is handled very well.

In addition to the love stories of the sisters, each volume touches on some of the serious social issues that disrupt too many modern families such as drugs, superficial relationships, divorce, inter-racial marriages, gangs, and anonymous bullying. The books each advocate strong, supportive families.

The individual books each have a well plotted story arc and comfortable conclusion. As an overall trilogy, a few points such as the pushy would-be buyer changing motivation direction causes some loss of realism, and the problems with their father are too easily forgiven. Even with the few picky points I’ve mentioned, I recommend this trilogy to anyone who enjoys a good love story and believes good people deserve a little happy ever after.

Shannon Guymon is the author of twelve books and the mother of six children. She lives in Utah and is a big believer in happy endings.

JUST DESSERTS, (1)YOU BELONG WITH ME, (2)I BELONG WITH YOU, (3)MY SWEETHEART by Shannon Guymon, Distributed by Amazon Digital Services, available in soft cover and Kindle.