If You Have to Ask... | Meridian Magazine

If You Have to Ask… 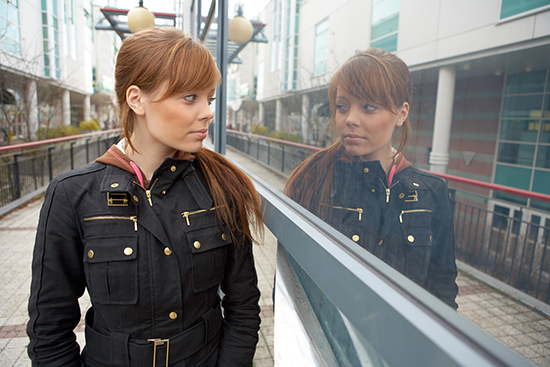 For years I’ve enjoyed dispensing advice on the radio. Just like leaning over the back fence to talk with a friendly neighbor, callers have asked me for help with just about every relationship question imaginable, and a few that I thought were unimaginable.

And I’ve noticed something. While there are many tough situations and desperate crises out there which definitely require assistance, there are a lot of questions that don’t. Sometimes we ask because we’re hoping for a different answer than the one we already know in our gut. And, often, we do the same thing when we pray.

One time a man called with the following predicament. Let’s call him Jason. Jason’s son had lost his job and Jason was thinking of bringing this grown son into the family business. Jason’s wife was really insistent, and Jason just wondered what I thought about the idea.

I told him not to do it. I said I didn’t need to know what the business was, what the son’s skills were, or why he had lost his job. The very fact that he was calling to ask, told me everything: It was a disastrous idea. And Jason knew it, but was just hoping his hunches were wrong.

Let’s look at things logically. If your son lost his job, but he was a driving force for success and the most brilliant employee you could ever hope to find, you wouldn’t be calling a radio station to get another opinion. You’d be high-fiving everyone you knew, and celebrating your tremendous luck in landing such a fantastic guy who would catapult your company into even greater success. Son or no son, this guy would be an awesome addition to the business, and there’d be no decision to weigh.

Obviously, this was not the case, and there were doubts and misgivings-if not outright danger– in bringing this guy aboard. The fact that Jason’s wife was pushing for it tells you she’s trying, as a mother, to rescue her son, even if it means risking the family business. And Jason knew it would spell financial disaster.   So, should he risk the family business to be a kind-hearted dad to his son? Don’t parents rescue their kids when they’re in trouble?

Well, that’s one option. Of course, the reality is that, down the road, everyone will be sorry. The company will tank, the boy will not learn to earn his own way, other employees will quit, and Jason will resent his wife for pressuring him to lose everything he’s worked for. Like co-signing for a teenager’s car, if it isn’t something a bank would do, why would you step out on that ledge? Regret and resentment are usually inevitable.   I told Jason there were other ways he could help his son, which wouldn’t involve financial ruin. As a loving father he could help him get the training and education that would qualify him for a good job, assist him with his resume, mentor and work with him, even lend him some money (as much as he dared lose). You don’t turn your back on the boy, but you don’t remove accountability from his life, either. Incidentally, this is the same way Heavenly Father, and the Church Welfare system, operate.

Sometimes, each of us is a bit like Jason. We know the answer already, but we pray in hopes that we’re wrong and Heavenly Father will spare us tough decisions and growing experiences. We hope he will magically rescue us from a problem of our own creation, and that we can step into a Disney movie and become an animated creature who lives happily ever after. We pray for what we want, but not necessarily what we know is right. We even seek the opinions of friends, hoping at least one of them will justify our choosing the wrong path.

Next time you make a mental list of the things you want to pray for, take a second look and see if you have an item on there that falls into the “if you have to ask…” category. Yes, many dilemmas are true quandaries and we need inspiration from God. But very often we’re praying to change the truth of a situation, and make it right to pick the easy way out. Sometimes, especially when you hesitate to embrace an opportunity, it’s because the Holy Ghost-or something in your subconscious– is warning you to say no.   Sometimes the reality is that the old saying applies: “If it isn’t yes, it’s no.”

Listen to Hilton’s radio advice show at blogtalkradio.com/jonihilton on Thursdays at 2 pm PST.

Be sure to read her blog at jonihilton.blogspot.com.

She is currently serving as Relief Society President of her ward in Northern California.