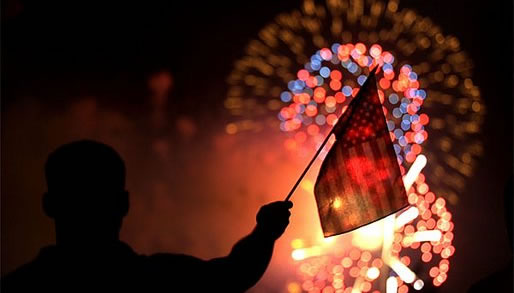 Are you having friends over to barbeque on the 4th? Watching fireworks from your lawn? Driving to and from events on Independence Day? Nothing will arouse the patriotic spirit more than music celebrating America’s heritage, culture, and values. If I may, allow me to share a playlist I made last year that perfectly set the mood for the day’s activities. You’ll find that with generous helpings of country, rock, soul, pop, and even big band, it’s got something for everyone and represents the delightful diversity of our great nation. Click on the links to buy the mp3’s. (See also “How to Build the Perfect Halloween Music Mix“).

“My Country Tis of Thee” by Crosby and Nash

“America the Beautiful” by Ray Charles and Alicia Keys (the original version, with just Ray, is available if you purchase the entire album)

“This Land is Your Land” by Everclear (this one rocks, so if that’s not your style, try the Woody Guthrie version)

“Boogie Woogie Bugle Boy of Company B” by The Andrews Sisters

“You’re a Grand Old Flag” by the 82nd Airborne Division (by far my favorite version of this song).

“Made in America” by Toby Kieth

“Surfin’ USA” by The Beach Boys

“Battle Hymn of the Republic” by SheDaisy

“Party in the USA” by Miley Cirus

“Yankee Doodle Dandy” by the US Army Chorus

Put them in whatever order you like, or put them on a random shuffle, and enjoy! Happy 4th of July everyone!

Jonathan Decker is a licensed marriage and family therapist specializing in couples’ therapy and singles’ guidance (www.jdeckertherapy.com). He also writes Hollywood film reviews from a LDS perspective at www.mormonmovieguy.com. Jonathan’s book, 250 Great Movies for Latter-day Families, is now available for pre-order and will be released on September 10, 2013. 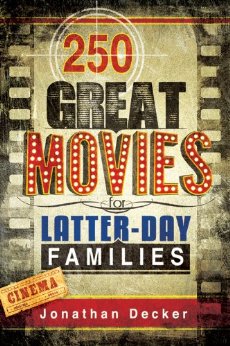 Kinda sad not to see more of the traditional Sousa marches and other patriotic martial music. Also notably absent is anything done by the Tabernacle Choir.

You gotta go create this on Spotify and share it.