What Do You Do When Your Former Sweetheart is Wanted? | Meridian Magazine

What Do You Do When Your Former Sweetheart is Wanted? 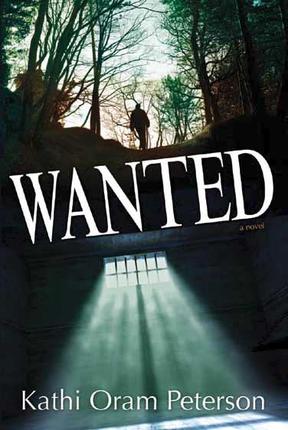 Kathi Oram Peterson delivers a compelling action mystery in Wanted, a modern Western featuring a rodeo veterinarian, Jo Powers. She’s angry and frustrated because a rodeo bull had to be put down when a little bit of forethought and consideration earlier for the animal by her fianc could have prevented the tragedy. Leaving the rain drenched rodeo grounds in her deceased father’s beat up old truck, she discovers she has an unwelcome passenger, a seriously wounded escaped convict with a gun pointed at her.

She’s a veterinarian, not an M.D., but she can’t ignore the man’s need for medical help, especially when she realizes the man is someone she knows very well and once loved. She performs the needed surgery and hides his gun. She can’t call the sheriff since the storm has knocked out telephone service. She doesn’t own a cell phone because reception is poor in the Idaho mountains where she lives. She promises herself she’ll call as soon as service is restored, but some part of her doesn’t want to make the call. In her heart she has never believed him guilty of killing the brother of the man she is about to marry.

Branson Faulkner escaped from a roadside prison work crew after discovering his former wife is about to marry a man he has reason to distrust, a stepbrother who made his life and that of his mother miserable after his mother remarried. He was wounded in the escape and hid in the truck of the man he remembered as the local doctor and his former father-in-law, knowing he would help him and that he may have discovered evidence that could exonerate Branson. Unfortunately the doctor died in an accident two years earlier and it is the doctor’s daughter, Branson’s former wife driving the truck.

In spite of her brother’s and her fiance’s dislike for Branson, Jo finds she still believes in his innocence. After Branson shares his suspicion that his mother’s suicide and her father’s accident were really murders, she begins doing some investigating on her own and attempts to keep Branson’s presence from being discovered by the sheriff or by her fianc. Her discoveries turn her world upside down and place her and those she loves in peril.

Peterson creates realistic characters with country manners and more than a few rough edges. They’re Western men and women who tend to tackle head on whatever needs done. Jo has been hurt and is a bit prickly, cares about animals, and just wants a peaceful life for herself and her son, but she is intelligent and honest, valuing truth above convenience. Branson cares about Jo and only divorced her to give her a chance at a better life after he was sent to prison. Too many bad things in his life left him unable to fight hard enough for his freedom until he discovered Jo was about to marry the stepbrother he fears and distrusts. He still wants to protect her and the only way he can do that is by proving his innocence.

The plot is well crafted with lots of action. It’s a different change of pace story with a modern mystery set in a western style background. The knowledgeable use of a river, a cave, trees, and a steep mountainside reveal the author’s intimate knowledge of a rugged real area in Idaho.

Kathi Oram Peterson grew up in Southeastern Idaho near the Snake River and knows the canyons and tributaries there well. After completing an English degree at the University of Utah, she worked as a writer and editor for a curriculum publisher. With her family raised, she now lives in Salt Lake City and keeps busy writing novels.