Fun 20-Something Romance by Melanie Jacobson 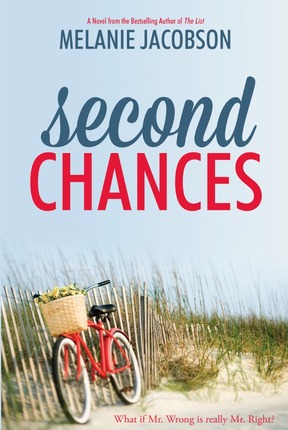 Dating isn’t what it used to be! Melanie Jacobson has written another romance featuring twenty-somethings and to complicate matters, she proposes a scenario where Mr. Wrong just might be Mr. Right. Second Chances visits the Huntington Beach, California, LDS dating scene and discovers there’s not much actual dating going on, just a lot of hanging out.

Louisa Gibson left her position with a prestigious marketing firm to go into business for herself when she found too many of the companies and products she was expected to promote fell below her personal standards. Too often she found herself selling sex instead of a product.

She finds it’s tough starting a new marketing firm and convincing potential clients, especially the big accounts, to give her a chance. To overcome this problem and the problem she sees with non-dating in the singles wards, she devises an internet dating program something like the popular bachelor or bachelorette programs on television. Everything is set with just days to go before her big launch when her bachelor, who happens to be her brother, gets engaged. Desperate to find a new bachelor who will appeal to her many expected female viewers, she reluctantly takes her roommate and employee’s advise and calls her former boyfriend, Nick, a popular young actor.

Twenty-one dates with as many different young women proves to be a daunting enterprise for both Louisa and Nick since Louisa and her roommate must go along on each date to film and interview the couple on their date and Louisa discovers she’s not as over Nick as she thought. A couple of Nick’s friends get involved with the filming and when one of the potential dates becomes ill, Louisa has to step in. That makes the remaining dates even harder for her to cope with, so it isn’t difficult for her roommate to persuade her to concentrate on selling new accounts while the roommate and one of Nick’s friends do the filming.

The characters show Jacobson’s familiarity with that period in modern young people’s lives when school is behind them, they’re launching their careers, but they’re still clinging to the herd mentality in their social lives. Couples dating and commitment seem to be harder to achieve than it was a generation earlier before electronic gadgets changed the way young people communicate. Louisa and her roommate, Molly, are strong characters, high achievers, bright, attractive, and know what they want. They’re likable and their interchanges with each other are witty and fun. Nick is a little harder to see clearly and his monologue near the end of the book is a bit too much. Both Louisa and Nick do some growing up as they consider their desires for their lives and their concern for the other’s success and happiness.

The plot is predictable and the reader knows from the beginning how it’s going to end, but that’s the way of romances. The fun is in the journey. The background for the story is exceptionally well done. It isn’t obtrusive, but clearly paints the ocean community, the beaches, and the activities that interest young singles and is an enjoyable contrast to the more often used big city or Wasatch Front localities pictured in LDS novels. The story is enjoyable and I recommend it, especially to the eighteen to thirty crowd.

Melanie Jacobson with her husband and growing family live in Southern California. She likes to cook, shop, eat chocolate, and watch chick flicks.