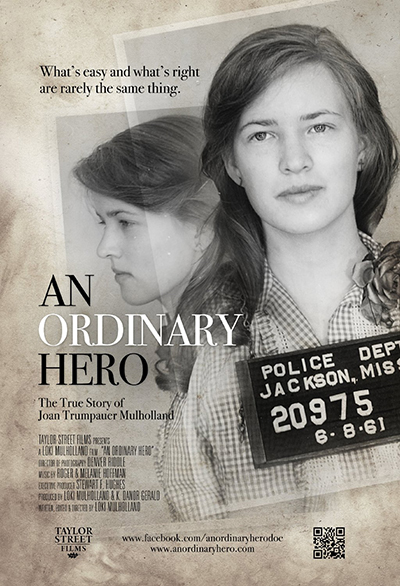 Several years ago while attending Auburn University I visited the Civil Rights Memorial in Montgomery Alabama, which is dedicated to those who gave their lives fighting for equality. I read story after story and poured over photographs and videos of African-American heroes who were hung, unjustly imprisoned, and beaten to death (or to the point of lifelong disability) because they had the courage to stand up for what was right. As a white man, my stomach turned as I learned in greater detail about the brutality committed by white people.

I was comforted, however, when I started to come across stories of whites who stood by their black friends, brothers and sisters before God, and refused to accept things as they were. The fury unleashed against these “n***** lovers,” as they were called, was at times equally intense, seeing as they were “traitors to the cause” in the eyes of white supremacists. One such hero was Joan Trumpauer Mulholland, a college student who was imprisoned on death row at age 19 for her participation in the civil rights movement. She was later, for her untiring efforts, placed on the KKK’s “Ten Most Wanted Dead” list.

Joan’s son, Loki Mulholland, has crafted an engrossing documentary. Though the film is an obvious labor of love, he has the skills as a filmmaker and as a story-teller to avoid idolization and schmaltz, delivering a skillfully-paced, emotionally-riveting film. Archival videos and photographs, along with visits to important sites and interviews with Joan and her friends, reify history and drive home the fact that courage isn’t fearlessness, it’s doing the right thing even when one is terrified. Joan is a fascinating person in her own right, and her memories offer a ground-level view of the civil rights movement not found in the history books. This is a must-see/must-share movie.

CONTENT OVERVIEW: An Ordinary Hero is not rated. There are a handful of uses of the “n-word” in a historical context. A photograph of a hanging is seen. In an archival video a white man kicks a black man in the face. Rape, lynching, and violence against civil rights activists are discussed candidly but not graphically. There is no sexuality or foul language.

MESSAGES TO DISCUSS: “Black and white…male or female… all are alike unto God: (2 Nephi 26:33).Courage isn’t fearlessness, it’s doing the right thing even when one is afraid (Luke 22:42). Religion can be used to encourage righteousness or misused to justify evil (Alma 38:13-15). “Racial prejudice is of the devil. Racial prejudice is of ignorance. There is no place for it in the Gospel of Jesus Christ” (The Teachings of Spencer W. Kimball, p. 237).

An Ordinary Hero can be purchased from Amazon. To learn more, please visit the film’s official site.

For more of my movie reviews, including Iron Man 3 reviewed from a Latter-day Saint perspective, please visit www.mormonmovieguy.com

For more uplifting film recommendations, please purchase my book 250 GREAT MOVIES FOR LATTER-DAY FAMILIES, available now for pre-order from Amazon and Barnes and Noble. It will be released September 10, 2013 through Cedar Fort publishing.