I was not a member of the Church of Jesus Christ of Latter-day Saints when I moved to Botswana, Africa, after my two year working holiday in the U.K.  My parents had moved to Botswana after being forced off our farm in neighbouring Zimbabwe, Africa, so I decided to follow them there.

It was during a holiday break back to Zimbabwe that I met three wonderful LDS friends (Reeve Nield, Laurette Maritz and Cecilie Lundgreen). What was meant to be an afternoon of golf turned into two weeks of spiritual stirrings. This fortnight at the end of January 2005 changed my life- thanks to my three missionary friends and their wonderful example and teachings. I returned to my parents in Maun, Botswana, with a burning in my chest, still questioning my feelings and faith. The next two months in Maun, were the hardest months I have ever experienced.

Shortly thereafter I moved to Kasane, a small town in the North Eastern part of Botswana (the next largest Botswana town is 500 km away), to work for a safari company.  Victoria Falls, Zimbabwe is an hour (70km) away and Livingstone, Zambia, is 1 hour away (+/- 70km).

Kasane is a busy little town full of tourists who come to see the wildlife in nearby Chobe National Park.  I found my way here by what most would call chance, I know that Heavenly Father had it all planned and I just followed the feelings that I had, not realizing completely then that they had come from the Lord.

I moved to Kasane in March 2005, a couple of months after learning about the restored gospel. At that time I was still not a member of the LDS Church, but I had such a burning in my heart that I knew exactly what I wanted. I developed a plan.  It was perfect. I flew back to Harare, Zimbabwe, over 1,000 km away.  Everyone there understood my situation and my urgency to be baptized.  I was taught all the missionary discussions over 3 or 4 days and then I was baptized on the 8th of May 2005 in the Highlands Harare Ward.  What a great day and a wonderful experience.  (That is a great story in itself.) 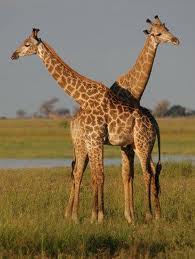 My first year back in Kasane as the only member in town was the hardest.  I seemed so far away from the Church. There was no Mormon church in Kasane, and there were no other members to my knowledge.  I struggled spiritually and emotionally, but the emails and the many, many text messages and phone calls from member friends in other countries kept me going year after year.

I remember one particular day I was struggling a lot.  I had to take a work colleague to the hospital. While I waited for her, I wandered around the hospital and saw an empty wheelchair.  Curiosity and boredom got the better of me so I started to play with it. When I turned it around to push it, there on the back of the chair were the words: “The Church of Jesus Christ of Latter-day Saints.”  It had been donated to the hospital by the Church!

I rejoiced thinking that the Church must know about this little town out on the edge of nowhere.  I think if it weren’t for the other thirty people sitting in the same room, I would have cried and cried right then and there.  That is when I knew that I was not alone in the middle of Africa!  I had family and friends and a host of other loving members in Zimbabwe as well as many members from around the world who had visited my little town over the past few years to visit the game parks. It is always wonderful to have them in my home here in Kasane.

It was towards the middle of 2009, some four years after my baptism, that a friend from Utah introduced me to her college friends who were studying at the University of Botswana in Gaborone.  These four young ladies wanted to visit the Chobe National Park, as well as Livingstone, and Victoria Falls. I offered them a place to stay with me.  Knowing that they were studying through a university from Utah, one of my first questions was: “Are you Latter-day Saints?”  Turns out three girls were members!

Well we just chatted and chatted!  We had so much in common. They told me of a newlywed LDS couple who would soon be moving to Kasane.  I was so excited.  Brother Meshack Keimetswe and Sister Nametsegang Keimetswe called me while I was shopping a few days later; I immediately asked them if I could meet them and rushed to where they were because I was so excited.  We started meeting together regularly, having family home evening together and playing games.  What a change in the way a town feels when there are other members!  It was awesome to have fellow members close by after being the only one in town for almost five years!

Our small group of members soon grew as we discovered there was an older gentleman living in a place about 20km outside of Kasane; Brother Lincoln Kakari, and others who were being transferred to Kasane for work; Brother Tebogo Khombane.   Once we had three families here, we decided to speak up.  I spoke to my Bishop friend in Harare, Zimbabwe, and Brother Tebogo Khombane spoke to his bishop in Gaborone.  It wasn’t long before we received a response from the Mission President in South Africa, President Poulsen. 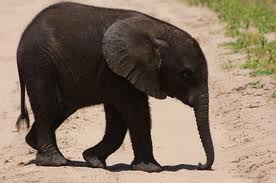 I was on my way to Harare for a short break at the beginning of April 2010 when we were asked what church resources we had in Kasane.  We had very few books and certainly nothing to hold sacrament with.  So while I was in Harare I made it my mission to go to the Church Distribution Centre and get whatever was available that would fit in my car.  I stuffed everything we needed in my car to take back to Botswana. The journey back to Kasane from Harare was filled with miracles as I transported all these “sacred” gifts.

On May 9, 2010, we held our first Sacrament meeting in Kasane, almost exactly 5 years since the day that I was baptized.  It was a great day!  We all arrived early filled with excitement!  We carefully opened the boxes containing the sacrament trays.  We smiled at each other with wide eyes.  We were almost like little children around a Christmas tree…actually we were definitely like small children around a Christmas tree!  We had the Mormon Tabernacle Choir singing hymns in the background, a reverence came over the small room and I sat in the chair with tears in my eyes.  What a wonderful experience.

I was asked to give the first talk during our Sacrament meeting, and so I decided to talk about the Plan of Salvation as we had not been given specific topics.  Sister Nametsegang gave the second talk which was a similar topic.  It is amazing how the Holy Spirit works.

That July, the Mission President (President Poulsen) and his wife came to visit us in Kasane from South Africa. He brought along Elder and Sister Cardiff (senior missionaries in Francistown, Botswana), and President Mosweswe who was the Francistown Branch President.

On the 19th of July 2010 the Mission President arranged and formally set apart the leaders and formally organized the Church of Jesus Christ of Latter-day Saints in Kasane, forming what is known as a Group under the Francistown Branch.  He also called members to serve in specific callings in our new Group.  Brother Khombane as Group leader, Brother Keimetswe as Sunday school Leader, Sister Nametsagang Keimetswe as Music Leader, Sister Abaleng Khombane as 1st counsellor to the Relief Society Leader, Sister Cornelia Rautenbach as Relief Society Leader.

In November 2010 while President Poulsen and several other missionaries were in Kasane attending a Missionary Conference, I found a building that was suitable for Sacrament Meetings.  I showed the building to President Poulsen just before dropping him off at the airport.  He was thrilled and asked me to make contact with the owner.  I got him the contact information and the Church negotiated directly with the owner about completing the building.  Soon afterwards the lease was signed for our very own church building!

In March 2012 the Kasane Group moved into the incomplete building a bit early due to the limited space available in the home we were then using as our meeting house. Over time, the building was slowly completed.  Three couple missionaries from Francistown, Elder and Sister Woolf, Elder and Sister Spahr and Elder and Sister Abraham, all came to assist us with hanging pictures and organizing the building.  Then on March 9, 2013 we held our first open house! Over 50 people came through the open house and received instruction and literature about the church.  Many neighbours and friends were impressed with what they saw and heard.  I am truly blessed and Kasane is truly blessed to have the Church finally established here!  I am no longer alone!  The members here can all thrive and blossom together.

Yes thank you for posting! Just last week we visited this beautiful little branch. Our hearts were touched by the music and talks and prayers. We are so very happy to be there with the Kasane branch members. We will always remember our stay in Botswana!!