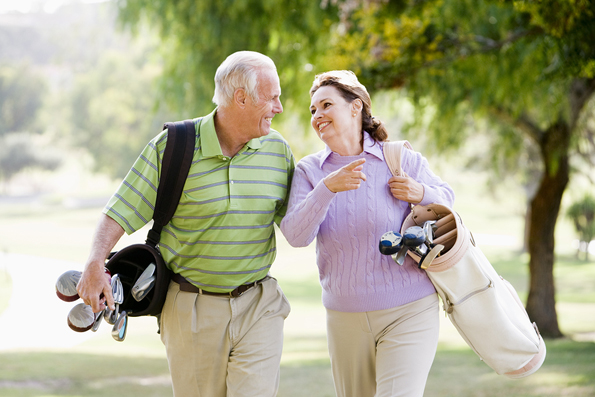 “What religion are you?”  It’s a question that comes up at social gatherings, in the workplace, even on hospital forms.  For LDS people, we often say, “Mormon,” and others around us say “Methodist,” “Catholic,” “Jewish,” and so on.  Or they say they don’t affiliate with any one faith in particular.

But I believe everyone has one.  And in most cases, it’s not the one they write down.  I think your religion is what drives you, what occupies the bulk of your time, and the desires of your heart.  Sure, you may technically be a Presbyterian, but are its teachings the focus of your thoughts and actions?  And sure, your name might be on the records of the LDS church, but how does it shake out in practical, daily life?

If pressed to be brutally honest, many people would admit that they are preoccupied with other things.  They think about, and are almost addicted to, video games.  Or they shop whenever they possibly can.  Or they can’t wait to play their favorite sport, the minute they get off work.  Some folks spend every waking moment either accumulating wealth or thinking about it.  Perhaps they’re obsessed with working out at the gym, remodeling their house, or debating politics.  Maybe they’re avid hobbyists who spend all their free time with their favorite endeavor.  And it isn’t that any of these interests are evil, they’re simply Number One on the list.  And, possibly, Numbers two through seven as well.  Family, scripture study, prayer, service-all those “churchy” things get bumped down a few notches behind watching TV, eating, competing, making a mark in the world, and pursuits such as the others I’ve listed.

Trouble is, they become our focus.  We may start out with the intent to adhere to our faith, but we let it get crowded out and pushed aside by louder voices competing for our dime and our time.  And though you may not be breaking any of the serious commandments associated with your faith, if you only give it passing thought once a week, you’ve switched religions.  Nobody came by and had you sign over your membership to the Church of the PTA, or St. Sporting Goods Church of Fun and Recreation, but if that’s what’s occupying the lion’s share of your time, that’s your new religion. Ever felt the lure of becoming a Pinterest-erian?  How about joining Our Lady of Perpetual Leisure?

Even atheists belong to such religions.  They may not include a belief in Deity, but they are devoted to something.  They worship an idol of sorts, and can be as devout as any Christian in consecrating their lives to that favorite interest.

Take a look at how you spend your money.  Obviously we all have to pay for our home, food, gasoline, and other basic necessities.  But scan down your credit card bill or your check register and see what it can tell you about your priorities.  Are you renting movies several nights a week?  Are you “getting and spending,” as the poet Wordsworth described so many years ago?  Would you be embarrassed for someone else to see that list, and see where your money really goes?

And how about something even more valuable-how about the way you spend your time?  If we each kept a running log of what we did every hour of the day for even one week, most of us would be shocked at the waste.  And chagrined by the admission that we’ve allowed our priorities to get so far off track.

For some people the distraction is emotional-their hobby is self-pity, or complaining.  They aren’t spending money on another pair of shoes, or pursuing a pastime to the exclusion of all else, but they’ve pulled away from the tenets of our teachings.  They’ve stopped serving others, they never study counsel from the Prophets, and they’re not trying to grow closer to Christ.  Family History and Temple work are neglected, as is their Home or Visiting Teaching.  They have become members in name only, and are mired in whining, gossiping, or simply being negative grumblers.  Theirs is the Religion of Poor Me or the Congregational Entitlement Church.

Next time the topic of religion comes up, think about the one you claim, and the real one that has claim on you.  If it’s not the same one, it’s time for a course adjustment.  As it says in Matthew 6:21, “For where your treasure is, there will your heart be also.”

And her latest three novels, “JUNGLE,” “SISTERS IN THE MIX,” and “PINHOLES INTO HEAVEN” are all available in paperback at Createspace.com, and on Kindle at www.mormonbooksandauthors.com.

Hilton has written 20 books, three award-winning plays, and is a frequent public speaker and a former TV talk show host. She is also the author of the “As the Ward Turns” series, “The Ten-Cow Wives’ Club,” and “The Power of Prayer.” Hilton is a frequent writer for “Music & The Spoken Word,” many national magazines.  She is married to TV personality Bob Hilton, is the mother of four, and currently serves as Relief Society President in her ward in northern California. She can be reached at her website, jonihilton.com, Twitter:@JoniHilton, and Facebook: Joni Hilton.

Good article, makes one think! Might I suggest that what becomes our focus is then our priorities, and priorities then become our religion? What we think about and what we do are our prioroties.

Only the IRS (in the US) determines what is a religion, and what is not. Everything else is an occupation, hobby, pre-occupaton, personal commitment, or other time and resource expense as the need or requirement demands.