Missionary Corner: You Passed the Test 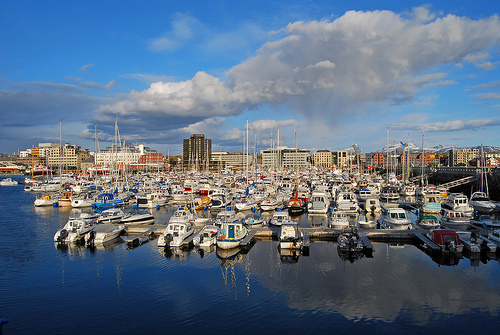 I would like to share with you an experience from my mission in Norway which illustrates in a profound way the importance of missionaries obeying the mission rules, no matter how mundane.

I served for six months above the Arctic Circle in the small coastal town of Bodo, Norway, located on the north coast.  Our mission home was located in Oslo, Norway, over 800 miles to the south.  Bodo was a remote but beautiful fishing village.  Our sole mode of transportation was bicycle. We were not allowed to travel in private cars.

The five members of the church who resided there were less active, and we had only one family investigating at the time, Helge and Ingrid Thommessen, and their three children. We resided in their basement. They had been investigating the church, off and on, for over ten years. In fact, on three separate occasions they had committed to be baptized, but then for some reason or another, they always changed their minds at the last minute. No one seemed to recall why and they wouldn’t talk about it.

Because they had studied the gospel for so long and from so many missionaries, I felt that they had a better understanding of many gospel principles than my companion and I.

Mr. Thommessen owned a small fishing boat and in the summer he would fish all night (since it never got completely dark).  The next morning we would come upstairs to help clean his fish, which he would then bottle or sell in the local market.

Many times our Sunday church services consisted only of my companion and I and the Thommessen family.  We would meet in a rented hall on the second floor of a small office building downtown.  The same space was used during the week by the Oddfellows Club, a local service organization. The missionaries would always arrive early to clean up the cigarettes and beer bottles left over from the activities of the club the night before.  We enjoyed our small but spiritual church meetings together.

One day, after I had been serving in Bodo for almost 6 months, I received a telephone call from our mission president, Ray Johnson.  He told me that I was going to be transferred to Oslo in just two short weeks to work with him in the mission office.  It was bittersweet news since we had grown so close to our landlords, the Thommessens. I obtained President Johnson’s permission to share the news of my pending departure with them. With tears in my eyes, I invited Helge and his wife Ingrid to be baptized on my last full day in the area. They accepted my sincere baptismal invitation and we made plans for their long-awaited baptism.

When the scheduled day finally arrived, Mr. Thommessen invited us to pick berries with him. The baptism was scheduled for later that evening, and we were excited to share some time with our beloved friend beforemy transfer the following day.  He greeted us at the front door and immediately walked toward his car. “Jump in,” he yelled over his shoulder. “We have to drive up the canyon!”  We immediately responded that we couldn’t get in his car.  We explained that it was against our mission rules, something to do with liability and insurance.

“Oh come on,” he said, “Your mission president lives over 800 miles from here.  He’ll never know. Besides, where we are going is 15 miles up the road into the mountains so you can’t pedal your bikes!”  “Well,” I responded, “then I guess we can’t go. President Johnson may never know that we broke the mission rules, but God will know and your family will know!”

At this, Helge angrily stormed into his car, slammed the door shut, and sped down the driveway.

My companion and I both stood in stunned silence. We didn’t know what to do. We just stood there in unbelief watching the car speed down the lane.

The front door to the home open behind us.  We turned and saw Ingrid Thommessen standing on her front porch with a big smile on her face.  We didn’t understand what all this could possibly mean.

“You see, Helge has agreed to be baptized three times before, but each time the former missionaries failed his obedience test. If you had gotten into the car with him, he would have let you know later today that he had changed his mind about being baptized tonight. You would likely have never known the reason was because you had broken your own rules.  He never gives the missionaries any explanation.”

Later that evening we shared a wonderful baptismal service with the family. Brother Thommessen later served on the District Council, and later he and his wife served a mission together to the Sweden temple.  Their son later served a full-time mission in Norway. Their daughter served as a relief society president.

I will be eternally grateful that we did not jump in the car that morning to go pick some berries for a few minutes with our dear friend. We didn’t make excuses.  We didn’t try to rationalize.  Obedience brings blessings but exact obedience brings forth miracles! Generations of future members could have been easily lost over a bowl of berries.