Welcome to Praiseworthy Media, where I try to seek out material which promotes eternal values and conforms to Church standards. This week we take a look at the family-friendly Tim Burton creature feature Frankenweenie and the latest offering from the VeggieTales crew, a superhero-themed outing called The League of Incredible Vegetables. 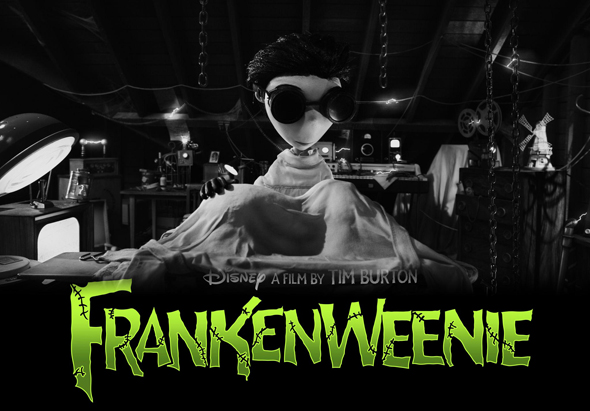 A triumph of animation, character design, and retro film-making style, Frankenweenie gives us a Tim Burton film reminiscent of the director’s deliciously weird early efforts, with plenty of nods to black-and-white monster films. Essentially a heartwarming, boy-and-his-dog version of the Frankenstein legend, the central story is entertaining enough (if about ten minutes too long in the middle), but it’s the wonderfully bizarre supporting characters that amuse the most. The final half hour in particular is a delight for fans of Halloween (the holiday, not the movie), though it may frighten very small children (then again, our six-year-old and two-year-old had a ball). While Frankenweenie doesn’t quite have the emotional heft it aspires to, it has more than many of Burton’s films, and it offers plenty of terrifically stylized fun. (See also my lists of “Seven Stellar Tim Burton Films” and “Halloween Movies That Won’t Give You Nightmares“)

CONTENT OVERVIEW: Frankenweenie is rated PG. It contains no foul language or sexuality. A young girl holds dried cat feces in her hand. A dead dog is brought back to life; his appearance is stitched-up and body parts fall off randomly (played for humor). Several deceased pets are brought back to life; some of them become monsters that terrify people (including a fairly intense transformation scene).

MESSAGES TO DISCUSS: We needn’t fear science or the questions it poses. Ezra Taft Benson taught that “religion and science have sometimes appeared in conflict. Yet, the conflict can only be apparent, not real, for science seeks truth, and true religion is truth. There can never be conflict between revealed religion and true science. Truth is truth, whether labeled science or religion. All truth is consistent. There is no conflict-only in the interpretation of fact. It is well to remember that when men make new discoveries in their energetic search for truth, these will always be in harmony with all fundamental and eternal truths. Yes, truth is always consistent, whether it is revealed directly from God to man, through his inspired prophets, or comes from the laboratory through diligent searching of his children and through the influence of the Spirit of the Lord upon them” (“Your Charge: To Increase in Wisdom and Favor with God and Man.” Ensign, September 1979). 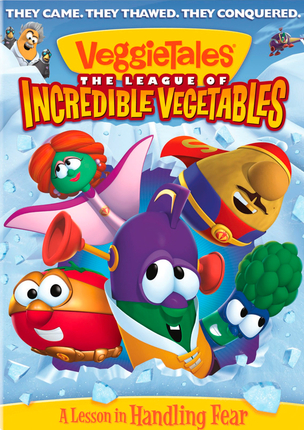 ON DVD: THE LEAGUE OF INCREDIBLE VEGETABLES

My stepson and I are something of VeggieTales connoisseurs. We’ve seen almost everything they’ve produced, so it’s no small thing when I say that The League of Incredible Vegetables has been our absolute favorite so far. Striking a perfect balance between being delightfully silly and fist-pumpingly cool, this latest feature offers the expected VeggieTales wit, catchy music, and biblical morals, but with the added twist that it’s a really fun little superhero movie (without the violence so often found in that genre). It’s nice to see that the central message (namely, that trusting in God is the greatest way to overcome fear) is still front and center, even as the film offers plenty of super-heroics, laughs, and a catchy theme song to boot. Special features include a music video, a making-of documentary, trailers, and sing-alongs to the film’s theme song and to its funny “silly song” a dinnertime piece entitled “Supper Hero.” Highly recommended for all ages, it is currently for sale at Amazon and Deseret Book

CONTENT OVERVIEW: The League of Incredible Vegetables isn’t rated, but it would undeniably be G if it were. Some penguins bounce a hero off of their feet, but otherwise there’s no violence or anything offensive.