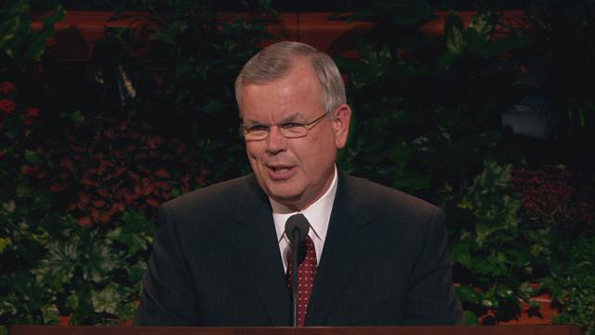 Elder Steven Snow a member of the Presidency of the Seventy, and Church Historian, will serve on the President’s Advisory Council on Faith-Based and Neighborhood Partnerships.

“The faith-based office is made up of leaders of religions from across our great country, and Elder Snow’s appointment ensures that the LDS faith will have a seat at the table,” said Sen. Orrin Hatch, R-Utah.

According to the White House, the advisory council brings together leaders and experts in fields related to the work of faith-based and neighborhood organizations in order to make recommendations to government on how to improve partnerships. The council is tasked with: indentifying best practices for delivering social services, improving the implementation of public policies related to faith-based groups, and recommending changes to polices, programs and practices to the president.

Elder Steven E. Snow currently serves as Church Historian, Recorder, and Church History Department Executive Director for the Church of Jesus Christ of Latter-day Saints.  Previously, Elder Snow served as a member of the Presidency of the Seventy, supervising the Utah Areas and the North America Central Area from 2007 to 2012.  Prior to this, he served as Executive Director of the Church’s Priesthood Department from 2006 to 2007 and as President of the Church’s Africa Southeast Area from 2001 to 2005.  Elder Snow first joined the Church’s First Quorum of the Seventy in 2001.  Prior to his work with the Church, Elder Snow was a Senior Partner at the Utah law firm of Snow & Nuffer from 1979 to 2001 and a county prosecutor in Washington County, Utah, from 1977 to 1979.  Elder Snow has also served as a member and President of the Washington County, Utah, School Board; Chairman of the Utah State Board of Regents; and Chairman of the Western Interstate Commission of Higher Education.  Elder Snow received his B.S. in Accounting from Utah State University and his J.D. from Brigham Young University.