D&C 88:89-90 provides, “For after your testimony cometh the testimony… of the voice of the waves of the sea heaving themselves beyond their bounds.” This scripture manifested itself to my Tongan relatives back in September of 1959. As you know, Tongans love to pass down stories from generation to generation, and I would love to share one with you that my mother shared with me when I was a boy.

In 1959 two Mormon missionaries decided to visit the small island in Tonga called Lofanga. When the elders sailed their small boat to Lofanga, there was only one member they knew and her name was Sela. She was visiting her sister Silia who at the time was an inactive member of the Church because her nonmember husband would not let her attend. (Church meetings were held on another island and required a boat trip.)

Silia invited the missionaries into her home and told them they could stay there with the family. Silia and her sister Sela were the only people who were nice to the two elders. The following day, as the two elders tried to proselyte on the island, the people of Lofanga were not at all receptive to their message. One local man even threatened to cut their heads off with a helepelu (machete) if they stayed and so they decided to leave the island.

According to my mother’s account, the missionaries told Silia that a storm was soon going to hit Lofanga but if she stayed in her house, nothing would happen to her family. Sure enough, soon after the elders left, the seas started to pick up and the weather turned. The waves started to rise and a terrible storm hit the island. As the waves slammed into the little island (about 1.4 sq km), family legend says that the waves miraculously spared Silia’s home, leaving it undamaged. 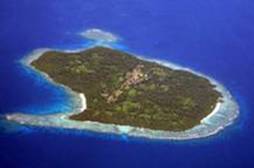 The waves and storm became a symbol of punishment to this small island in Tonga for having rejected the missionaries. LDS missionaries returned to the island a short time later and soon converted enough people that they were able to start a branch and build a small chapel on the island. A generation of faithful members followed from this experience.

Silia is my grandmother. My mother’s name is Sela. She was named after her aunt. It is because of that experience that my mom later joined the church as well as my grandfather. My mother then served a mission in Tonga, as well as my father. My older brother served his mission in Tonga as well. I’m currently serving in the Washington D.C. South Mission, and my younger brother is now serving his mission in Recife, Brazil. Our family has been truly blessed ever since the elders’ warning protected my family.

I arrived in the Washington D.C South Mission in December of 2009, and on my first Sunday in the Falls Church Ward, I mentioned that I grew up in California, but my family is from Tonga. When sacrament meeting was over, several members came up to me and asked if I knew a local member by the name of Douglas Banks. They told me that Banks served his mission in Tonga and he recently served as a mission president there as well.

For 19 months I never got to meet him until last Saturday when we were finally introduced. He asked me where in Tonga my family lived. I always tell people my dad’s village which is Faleloa, Ha’apai, but for the first time ever, I felt prompted to say, “My mom is from Lofanga.” He then asked me if I had ever heard the story of what happened in Lofanga when the storm hit. I said, “Yes, Silia is my Grandmother.” He then replied, “Elder, I am that very missionary that served in Lofanga!” 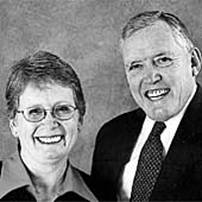 I’ve always wondered what it would be like to meet the missionaries that brought the gospel to my family on the little island of Lofanga, and now I’ve met him right here. He is now the Patriarch in the Oakton Stake.  What are the odds that I would come to the very place where the missionary who knew my grandma in 1959 on Lofanga now serves as the Patriarch?

It has been a spiritual adventure and journey for me these past few days talking with President Banks. This experience has taught me a lot of what blessings one person can bring to generations of people. I will be forever grateful for this tender mercy, and for the gospel of Jesus Christ that we have in our lives, and for the numerous missionaries who go out around the world to invite generation after generation of souls to come into the fold of Christ. In the name of Jesus Christ, amen.

Wow, this testimony brought tears to my eyes. Patriarch and Sister Banks, I always wondered about the lives you touched and changed while on your missions to Tonga. I am so grateful that you had the chance to meet the grandson, who is now a missionary, of the woman you taught and baptized. What a joy and a blessing to you. I just read a letter from a friend of mine that I taught about the gospel and then the missionaries gave him the lessons and he was baptized. He is an inspiration to me and yet he praised me for bringing him the gospel. No greater joy and blessing than to shre the gospel to be sure.