Celebrating the Real Fireworks of America - Our Ancestors! | Meridian Magazine

Celebrating the Real Fireworks of America – Our Ancestors! 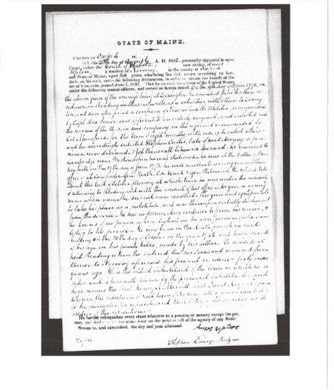 The Fourth of July is a day of celebration topped off with fireworks that light up the sky. But the real fireworks we celebrate this holiday are our Ancestors who have given us America through their blood, sweat and tears. Take some time this holiday to blazon our ancestral fireworks; to honor their lives and contributions to the past; to proclaim their legacy for a better future.This July 4th share your Ancestors with your family; light up history and turn on the beacon for tomorrow with their stories.

Who are our ancestors?

Some of us have forefathers who marched with Washington, wore the Blue and the Grey, or crawled through steamy jungles that we might have our freedoms today. Others of us have pioneers who came on the Mayflower, walked the plains, or fled modern tyranny to become Americans. Some of our ancestors were farmers, miners, or merchants; others labored in the fields, welded airplanes or manned the factories. Many kept the home fires burning while nursing the sick, teaching the youth, or managing the store.

Whether tinker, tailor, soldier, sailor, rich man, poor man, beggar man, thief, doctor, lawyer, or Indian chief, Ancestors come in all hues, intensities, abilities and expressions. All are a blend, a multiplicity of heritages, ethnicities, and genes. And for good or ill, each Ancestor has a truth, a lesson, or a warning, that like fireworks, illuminate the darkness. Lest we forget, we must share their story and let their light shine!

Whose story to tell?

As we gather with our family on this 4th of July to watch the beautiful fireworks celebrating the day, we will share stories of our Revolutionary War ancestors with them. As I prepared for this special opportunity, I glanced at my wall-sized pedigree chart hanging above my desk, showing both my ancestral connections and those of my wife, Mary. Of our known ancestors, only about one third of those on our chart are pre-Revolutionary War colonists, the rest being immigrants from various countries who arrived in America after 1790. Of the earlier American settlers, I realized that a number of the names on our pedigrees were men and women born between 1740 and 1765, the prime period for people who could have participated in the American War of Independence.

My imagination was suddenly stirred, and it was as though an hundred voices were encouraging me and testifying of their service and sacrifice for our family and this great country for whom they were willing to lay down their lives and their homes to obtain liberty. I poured through the names of our ancestors, comparing them to lists of service provided during the American Revolutionor of later pension applications made by older war veterans. I found many who fought in the great battles of this war.

Mary had thirteen ancestors who served, and I had eleven. Such patriots from her pedigree as Samuel Wight, Amos Upton, and Captain John Paty of Massachusetts, Gabriel Mullins of Virginia, and his father Matthew Mullins, and Lemuel Tozier of Maine, Samuel Mixon of South Carolina, Jacob Wimmer of New Jersey, and Samuel Comstock of Connecticut served along with John Thrasher, Robert Shirley, Michael Buck and Jacob Snyder. My family joined them in battle; Thomas Petty of South Carolina, Leonard Willsof North Carolina, James Darwin of Virginia, and from the Carolinas, Ephraim Barnes, William Dennis, James Bankhead, William Greer, Richard Stephens, and Samuel Peacock. I know there are other ancestors, men and women who may have served or assisted in the war effort, so I look forward to the day when we identify them and the part they played in that great historical event. Each will have an important story that will illuminate history for us and light the way for future generations.

Who heard “the shot heard round the world?” And other stories to tell

As I examined records about my known Revolutionary War ancestors, the story of Amos Upton stood out. Born in 1742 in North Reading, Massachusetts… he was there to hear “the shot heard round the world.” On that famous April 19, 1775,  Amos and others in his company of Massachusetts Militia Minutemen, upon hearing of the advancing British Army, joined other Minutemen at the small town of Lexington, Massachusetts. We don’t yet know if he manned the Green, or hid behind trees in the surrounding forest to shoot at the retreating English soldiers, but I am sure we will find out. In a pension application filed in 1832 regarding his Revolutionary War service, Amos further noted that he enlisted again at Cambridge, and fought at Bunker Hill; thus he participated in the two earliest American victories of this rebellion against British tyranny.[1]

My studies revealed other stories to share this Fourth of July. Mary’s ancestor Jacob Wimmer said he went to war when his father instructed him to rescue a milk cow that the British Army in New Jersey had stolen from them. His son Peter would join the Church of Jesus Christ of Latter-day Saints and come west with the Pioneers; and his family would help discover gold at Sutter’s Mill.

My 3rd great grandfather Thomas Petty marched from his home in North Carolina with his older brothers to join the Americans amassing at King’s Mountain in York District, South Carolina. He was 17. Sixty years later he was one of the first in our family to hear and accept the message of the restored gospel of Jesus Christ from a latter-day Apostle, David Patton, because his son Robert Cowan Petty had arrested and protected him from the mobs of western Tennessee.

Several years ago I attended a July 4th celebration at Scout Camp with my own son, Thomas. I realized at that time, as I watched him salute the American flag, and sing “God Bless America” that this strong young man could be the living embodiment of that Ancestor over two hundred years earlier. It was an overwhelming emotional experience and I vowed to teach him the principles of liberty so dear to our ancestor, Thomas.

I realized then as I do now, that the spiritual feelings I felt were a testimony from my ancestors, turning their hearts to me, and my heart turned to them. As I sit here today, I am overcome by the thoughts, and feelings, and testimonies of the many great men and women of my past. I hereby dedicate myself to finding their records and stories, and compiling them as a testament for my children and grandchildren to read, marvel, and learn from. This will be my Christmas present to my family; and next year, and in years to come, as we gather to watch the holiday fireworks, we will tell more stories of our ancestors, these people of history who sacrificed to make Liberty a reality for us; and our hearts will turn to them for generations to come. I encourage you to do likewise and let the light of your ancestors shine for your generations.