A Church that Takes Its History Seriously | Meridian Magazine

A Church that Takes Its History Seriously 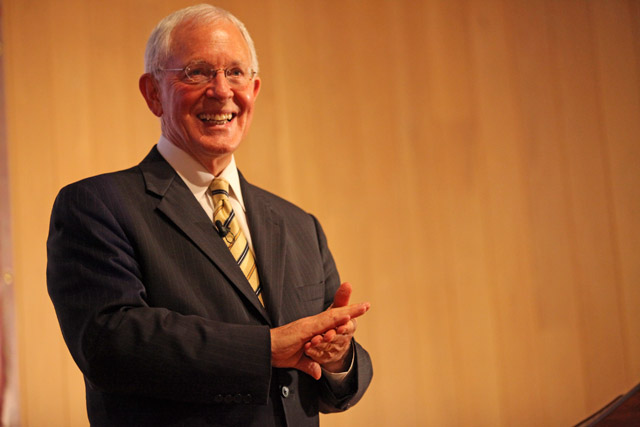 All photos by Scot Facer Proctor

When Elder Marlin K. Jensen was called as Church Historian in 2005, he was filling a position that had been essentially inactive since 1989. In President Gordon B. Hinckley’s office with this new calling, the surprised Elder Jensen asked the prophet what his expectations were.

President Hinckley answered, “Read the scriptures and do your duty.” When Elder Jensen asked about the recorder component of the job, the prophet responded, “I haven’t given that a bit of thought, but you’d better.”

Since Elder Jensen comes to the end of his calling in October and will be replaced by Elder Steven E. Snow of the Seventy, he reflected on just what he found his duty to be in a June 21st talk at the Church Museum of History. His report of what has happened in the last few years in the Church history department are frankly astonishing for this is a place of gathering, preserving and sharing history that has truly come of age.

Elder Jensen said that when the only officers of the Church were a First Elder, who was also the prophet, Joseph Smith, and the Second Elder who was Oliver Cowdery-the second elder’s job included being the Church historian.

The Lord had declared “Behold, there shall be a record kept among you…”, an indication from the beginning that history was to be taken seriously and it was to be kept (D&C 21:1). Two officers in a young Church had a commandment to keep a record.

“If you had wanted to perpetuate a fraud upon the world,” said Elder Jensen, “you wouldn’t have done it by keeping a record.”

The role of Church historian over the years has been filled by notable leaders John Whitmer, George A. Smith. Joseph Fielding Smith, Howard W. Hunter, and Leonard Arrington, to name a few. Many were giants in this position. 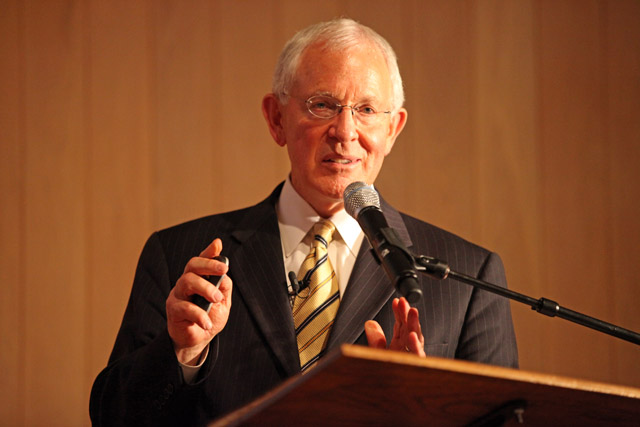 The Core Work of the Historical Department

The Church History Department has identified its purpose and its core work. Here is how it is articulated.

“The purpose of the Church History Department is to help God’s children make and keep sacred covenants by:

–Keeping and sharing a record of His Church and its people. (Critics claim that the Church hides its history or only shares what is faith promoting. Elder Jensen said that that Church historians are committed to be as forthcoming and honest and open about our history as we can be. Letting the sun shine in is the best antidote for these allegations. He said, “If we’ve got a few warts, we’ve got a few warts. It is a Church full of human beings and we have a redeemer and the atonement.”)

–Assuring remembrance of God’s hand in the lives of His children. (‘Remember’ is an important commandment in the Book of Mormon. The people are to remember the goodness of the Lord’s hand in their lives.)

–Witnessing to and defending the truths of the Restoration of the Gospel of Jesus Christ. (Elder Jensen said this third part is critical in this Internet age, where some throw stones at our history. He said that this part of their work helps to give people “reason for the hope that is in them.”)

This purpose is carried out through the core work of the Church History Department in collecting, preserving and sharing our history.

The Church has created a five-year plan and a road map for the use of technology in preserving and sharing its history.

-Church history in international areas has been decentralized so that every one of the 16 areas of the Church has an Area Church Historian and each country has called a Country Historian. Elder Jensen said, “We have begun in a very modest way to collect history internationally.” Elder Jensen said what convinced him that this was essential was receiving a letter which said, “Do you realize that Mexico is the equivalent of the 1955 Church in the USA in its numbers and growth? We don’t have one shred of evidence that its church history exists.” He said that this globalization will stand as one of the signal accomplishments of this recent time. 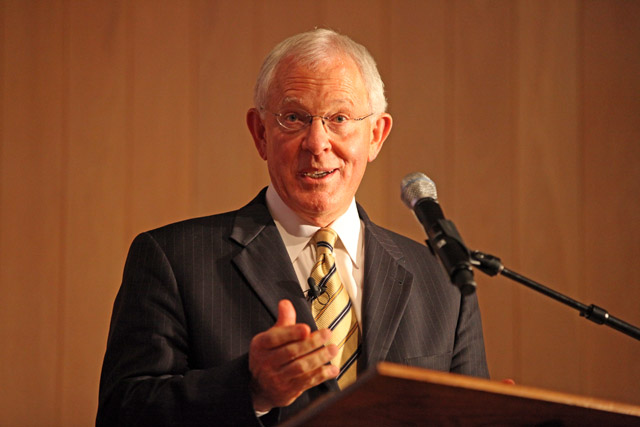 –The Church has created a five-year collection plan. How do you choose what you really need to keep and what deserves preserving? Elder Jensen said, “You can’t go about this in a random way. President Hinckley said that we already own more of our church history than we can afford.”

–A strategic oral history plan has been developed so that General Authorities, mission presidents, and pioneers in the various nations can be interviewed and their experiences preserved.

–A relationship with LDS Philanthropies has been established so that when important private collections are located that the Church would like to add to its archives, interested donors can be targeted.

–The history department is continuing to sponsor the International Art Competitions for adults and youth.

–Revitalized the Church Records Management Program for every church department. Again, how much is gathered, how much will be kept? Much of what we keep today is digital.

-Created the Digital Records preservation system for the entire Church.

-The state-of-the-art Church History archives has been built to preserve the history. Some materials are actually kept in a frozen condition so that they will not deteriorate.

–Hired the Joseph Smith Papers staff and published five volumes of Joseph Smith’s papers, which is a boon for scholars and all who want to know the facts about the prophet. The department anticipates that the volumes will number 17 or 18 to be published over the next 25 years. Elder Jensen said that it was remarkable that it will take nearly 20 scholars working 25 years to publish the work of one prophet in a 14-year period of time. The volumes will include a journal series, a legal series, a revelations and translations series and an administrative series. The project has a website josephsmithpapers.org.

-Published a book Massacre at Mountain Meadows, which is” a model for the authentic telling of our story.” It thoroughly researched, accurate and has “brought about a reconciliation with the descendant groups that is quite wonderful” said Elder Jensen.

-Nearly completed the documentary history of the first fifty years of Relief Society. 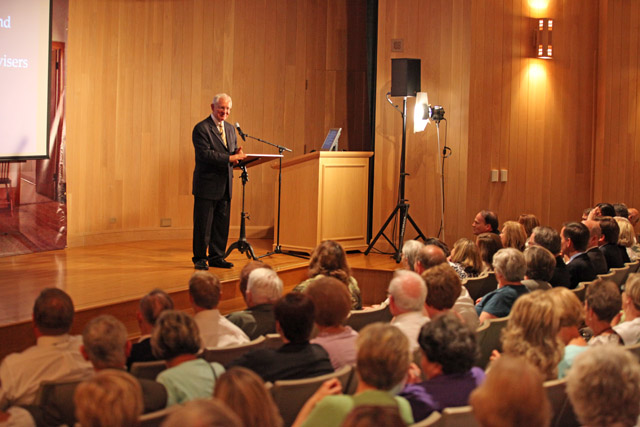 -Placed the catalog for the millions of documents and images in the extensive archives of the Church online at history.lds.org Some of the documents are already available online and others will become so over time. If you want a document in the collection digitized, you can request it for a small fee. In addition, the BYU Digital Collections are all online at the same website.

– Received stewardship of additional Church historic sites and are creating a 20-year master plan. (Before Nauvoo and Martin’s Cove had not been under the sponsorship of the Church History Department.)

-Working on the last major Church history site that will be restored in America in Harmony, Pennsylvania. This fall, the Church will be breaking ground to restore the site there, including restoring Isaac Hale’s home and the cabin where Joseph and Emma Smith lived.

–Instituted studies of the Church Museum’s exhibits and physical plant and looking forward to coming forth with a major renovation of our exhibits and our facility.

-Creating a patriarchal blessings submission system and have a secure access under study so that the Church can provide a secure access to go online and receive a copy of our own blessings. The first step was to digitize 4,000,000 blessings.

Elder Jensen said that our competitive advantage in being able to make such major strides forward in the collecting, preserving and sharing of our history is that we have prophets and every decision is squeezed through the narrow neck at the head of the Church so that all decisions are very deliberative.

On a personal note he added, “I didn’t grow up wanting to be a Church Historian, but it has been the most enjoyable, fulfilling, stretching experience that I could have imagined.

My heart has been in this. I really have given it my best.”

When someone asked him what it has done to his testimony to be so closely associated with the history of the Church, he said, “The more I’ve learned, the more I’ve believed. Our history is very faith-promoting, very optimistic.”