My Out Of Control Child! Tantrums | Meridian Magazine

My Out Of Control Child! Tantrums 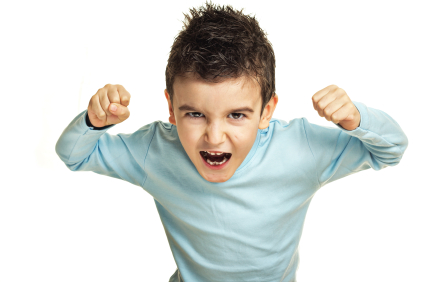 Dealing with tantrums is the part of parenting which most parents dread. They hope their sweet little baby will not ever hit the toddler tantrum phase or the even worse teenage temper tantrum phase.

As a young mother, I was just as afraid of toddler tantrums as the next person. Then it happened, my sweet, good-natured little boy switched in to a power struggling animal.

This was my first child, I didn’t know what to do.

I remember one day, when he was three years old, I told him he couldn’t have a certain snack he wanted and the next thing I knew he was in his room throwing his brand new metal Tonka dump truck against his wall.

As I asked around I realized I was not alone in my parenting ignorance. It seemed like even God was trying to help me feel better by allowing me to be behind other out of control children in a check out lines at the store.

The poor mothers would smile at me and I would smile back with that, “I understand. Don’t worry about me being offended…my child does the same thing” face.

While my son was still three years old, and when we started doing foster care for troubled teens I finally learned how to control an out of control child; no matter the age. There were ways to talk to out of control children that really worked. There were certain structures which were better at solving parenting problems than others. And, there were easy skills I could teach my child which would give him permission to be happy.

We spent months practicing the steps to following instructions, accepting no answers, and disagreeing appropriately. I made games out of these skills and we played with them every day. We played a fun game I made up called “The What-if Game,” and I diligently focused on having my own self-government and assessing my own emotions and actions.

Our journey toward self-government as a family had begun.

My oldest boy chose to stop having tantrums right then, at age three, because I changed the way I communicated with him, and I felt different. I made sure I understood him more, pre-taught him the skills he needed to learn and kept the tone of the home safe and secure. When I made these changes he changed too. He no longer felt the need to battle with me. Instead he calmly talked to me about his needs. Self-government works. His quick change was all the proof I needed. No other child of mine has had tantrum problems like he did. When the anxiety in my home went away, so did the tantrums.

For years now I have been sharing the principles I learned at that impressionable time of my parenting life. Because of these principles I share in my books and courses, my son is now a self-governing fifteen year old young man. He does not display teenage attitude and tantrum behaviors, like many teens do, and has focus for his emerging adult life.

It is inspiring for me to look back to his out of control behaviors at age three and see all that he has learned. His heart has been transformed, and his communication skills have been developed. These kinds of transformations are the joys of parenting.

In the moment of the tantrums and attitude problems we don’t always remember that they will mature, that they will learn communication skills, and that their hearts can change. Trust in the changes. Consistently teach truth and have a structure at home which supports you in your parenting choices. And, enjoy the teaching. These times should be the moments that knit your hearts together. If you can teach yourself to enjoy correcting the children and connecting with them during those times, you will experience a kind of parenting happiness many adults don’t think exists.

In short, keep your eternal perspective of what you are really doing as a parent; changing hearts and molding souls, not making perfect children. Perfect children don’t exist. But, “joyful adults who know what their mission in life is, and can’t wait to fight for it, and have solid relationships with God and family” can and do exist. These future adults are my parenting focus.