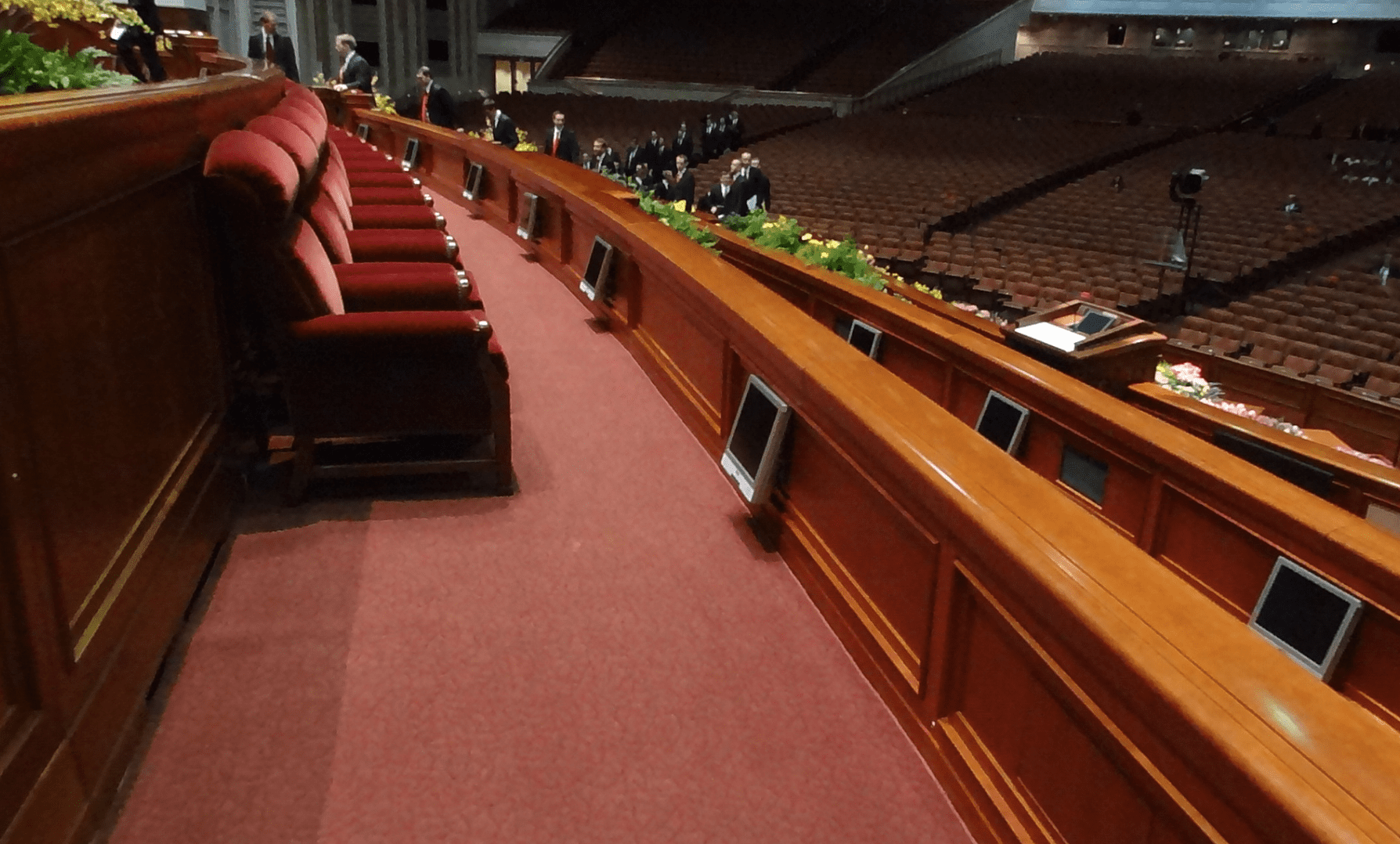 Are the Prophets About Ready to Give Up on Us?

If a prophet no longer speaks strong words of counsel urging people to do or not do something, does that mean, a) he was wrong when he said them and is now backing off, b) he’s said enough and is tired of being ignored or perhaps the prophet concludes the people aren’t ready and need to be given easier doctrine to allow a chance for the people to obey lesser laws – kind of like the whole Law of Moses discussion, c) society’s conditions have changed and the need for the direction is no longer there. Or “d” something else such as the Lord told them to back off.

Frankly, this is a tough question.

The great prophet Nephi, son of Helaman who was given the amazing promise that if he said to a mountain to jump in the sea, it would do so. He proclaimed to his people repentance so many times and was ignored that he finally walked off into the mountains or sunset and was never heard from again.

Old Testament prophets also gave warnings to kings like Saul, David, and Solomon, only to be ignored or rationalized away. The prophets stopped talking, usually turning around with a swirl of the robe and walking off into the sunset. It sometimes took a while, but the prophetic calamity from rotten behavior happened to no glee from the prophet.

What about prophets today or this dispensation? Check out D&C 125. The prophet delivers the warning for the saints to build a city across from Nauvoo: “…thus saith the Lord, I say unto you, if those who call themselves by my name… if they will do my will and keep my commandments concerning them… build up cities unto my name, that they may be prepared for that which is in store for a time to come. Let them build up a city unto my name upon the land opposite the city of Nauvoo, and let the name of Zarahemla be named upon it.”

But, they did not do it. Sure would have been nice when the saints were driven out of  Nauvoo in the winter to have had a city across the river to go to, but, they didn’t.

Today, how many Zarahemlas await us.

Here’s a short list of Zarahemlas we’ve been told we ought to build or live by that have been given by prophets in the last 50 years. Our actions tell me we consider these edicts are either outdated philosophy, rescinded because we don’t need them, or just ignored because they’re too out of step with the philosophies of man that we’ve mingled with scripture:

1. Mothers ought to stay home and care for their children. Now that will start a war.

2. Family planning… if you get married, plan to have a family right away. Another war.

3. Abortion. Stop it. That one seems to hold sway.

4. Modesty in dress. At one time the young ladies who went to prom used to wear their prom dresses to church. Now, not so much with the sleeveless, very short affairs trending. Can’t go against trends and be out of style seems the common refrain. Modesty? Old fashion.

6. Don’t shop on Sunday. Keep the Sabbath Day Holy. Costco lots on Sunday aren’t packed, but seem to run a brisk business in predominantly LDS communities as well as restaurants, gas stations, etc. I once attended an open house for a returned missionary after Sacrament Meeting that was a catered affair, complete with the paid serving crew. Jazz and Ute games seem well attended on Sundays although the Jazz ownership tries to keep the league from scheduling Sunday games.

7. Vote. Utah ranks quite low in actual voters voting but quite high in voters talking about voting. After the 1stPresidency issued a letter that was read in Sacrament Meetings in Utah, urging members to attend Caucus Nights with whatever party they liked, the average attendance was 3%. Excuse making broke a record.

8. Stop Gay Marriage. Just so I’m not picking on my friends in Utah alone, some California members switched sides to support Gay Marriage against the urgings of the prophet.

9. Get a year’s supply of food. Not a lot of talk about that now. Good thing, because much of what we have stored might make us ill should we need to live on it.

Obviously, I’ve cited things that I recall, not an encyclopedic listing of all prophetic utterance. However, adding one more or ten more items doesn’t change the concern about ignoring even one prophetic guidance to build Zarahemla for the times we’ll need it.

I’ve picked on Utahns because I now live there and it’s far easier to measure LDS member’s actions when 80% of the population in a city such as Spanish Fork, are LDS. In fact, such good folks live in Spanish Fork, Salem, and Payson that during the recently calamitous fires that raged around them and drove people out of their homes in Woodland Hills, Elk Ridge, Covered Bridge and other sites, these refugees were so well taken care of by their neighbors that the Red Cross pulled out of the fire zone…their kind meals, housing, and supplies just weren’t needed. The firefighters had to tell people to stop bringing donations, that this was the best community they’d ever served in.

But I’m not one of those who love to condemn “Utah Mormons.” Wonderful people live here and supply the lion’s share of tithing funds, temple work, and so many missionaries that members in Brooklyn, NY and other areas often refer to an Elder or Sister from Utah as being “from the Factory.” They always say it with a smile.

As Paul wrote, we are not strangers or foreigners but fellow citizens of the household of God. Saying anything less or casting derogatory comments about a group of saints places us under condemnation.

Instead, this discussion is about me and you and how well we follow what the prophets have given us. As we approach General Conference we need to listen to how the words from the great men and women who speak to us affect us – change our lives – not how it applies to “them” or everyone else.

Interesting comments Mark. I have known the Stoddard family for some 50 years when Mark's parents took me and my wife, as newly weds, under their wing. The family were then living in Watford,England, I miss them all dearly.

I don't want to get into a debate on several topics at once. But since Patricia started the ball rolling on one, let me give it another kick. Imagine an old Beach Boys song playing: Two girls for every boy. That almost describes the Single's Wards, not all of them but too many of them. We preach to the YM- go on a mission, it is your duty. About a third or a little more do heed the call and go. We preach to the YW- stay active and reserve your virtue and charms so you can marry a return missionary. About two thirds heed this call. Our current social situation sets up nearly half the faithful YW to fail to find a suitable husband. While they wait, many are anxiously engaged in various good causes such as education and service which does lead to careers. We eschew most tendencies for active women to marry less active men within the church and heaven forbid any marrying outside of the church. Women don't sit home and do nothing. The bigger problem than the exploding divorce rate, happened a century before when the family farm was mechanized and the industrial revolution created more wealth by working in factories. The fathers left the home. Before that, both parents worked all day every day with their children until they married and even then they often lived on adjacent farms. We adapted to that new reality. The information age could open up more options for men to return home to work. But unless we resolve the " Beach Boys" discrepancy, we will slowly dwindle.