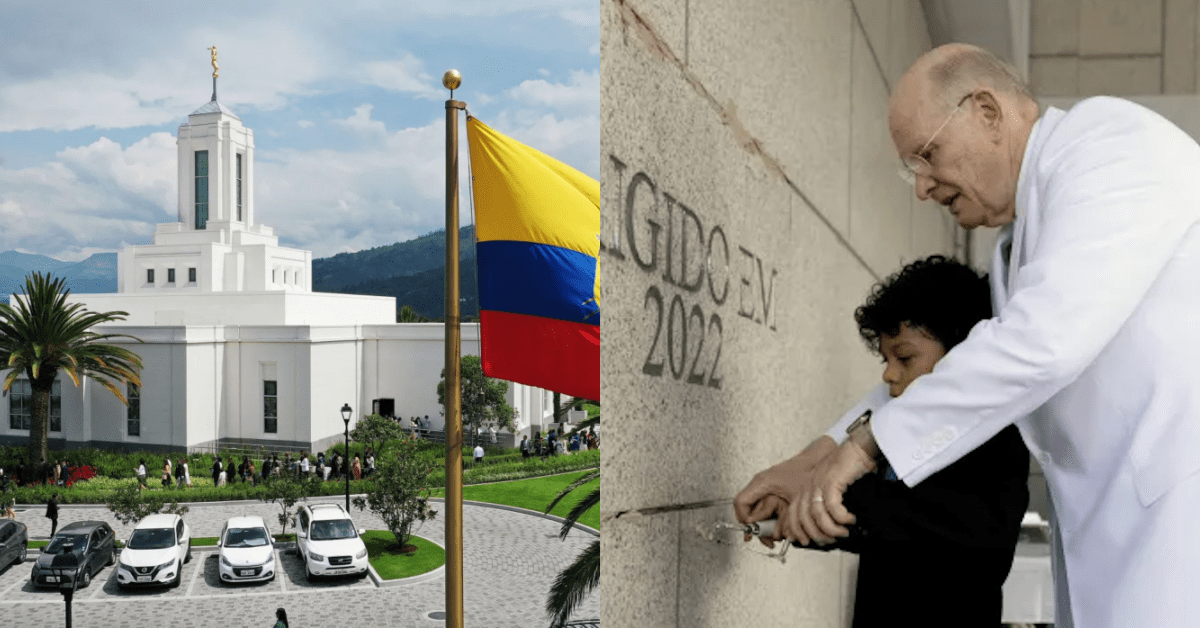 The following two headlines are excerpted from the Church News.

Elder Quentin L. Cook testified of the Savior and Heavenly Father’s plan for His children at the dedication of the Quito Ecuador Temple on Sunday, Nov. 20.

The rains that beat down on Ecuador’s capital city Sunday afternoon couldn’t extinguish the spiritual fire members said they felt after Elder Cook, a member of the Quorum of the Twelve Apostles, dedicated the sacred building.

“Everything just seemed so right,” Elder Cook said after the dedicatory sessions were completed.

“I ended up with a wonderful, warm feeling for the graciousness and the righteousness of these people. It was a joy.”

In addition to Quito, the temple will serve those in the Ecuadorian cities of Ipiales, Otavalo, Ambato, Santo Domingo and other areas.

Elder Cook encouraged members of the Church to stay focused on the covenant path.

In preparing to dedicate the Belém Brazil Temple on Sunday, Nov. 20, Elder Dale G. Renlund turned his thoughts to the nearby Amazon River, using the world’s largest waterway — as well as other notable rivers — as representative of temple worthiness and ordinances and covenants.

Elder Renlund, a member of the Quorum of the Twelve Apostles, spoke of a prominent local Amazon phenomenon called “pororoca” — well-known to those of Belém and northern Brazil.

As the most powerful river in the world, the Amazon dumps more water into the ocean than the next seven largest rivers combined, he said. Twice a year, when the sun, moon and earth align during the biannual equinoxes, the pororoca — known as a tidal bore — occurs as the tide rises and the river reverses direction.

“We can correctly conclude that even the mighty Amazon River must yield to higher heavenly powers,” Elder Renlund said.

The pororoca — the word, meaning “great roar,” is believed to come from indigenous origins — results in loud, crashing waves that can travel at least 50 kilometers (31 miles) inland and reach up to six meters (20 feet) in height.

In a similar way, one must yield to higher heavenly powers to become worthy to return to live in the presence of God, he said, adding that it is not natural to be humble, empathetic and willing to submit one’s will to God.

“But we need to be transformed to reach our eternal destiny, to become heirs in the kingdom of God,” he continued. “We cannot overcome our natural tendencies by ourselves. We must have heavenly help.