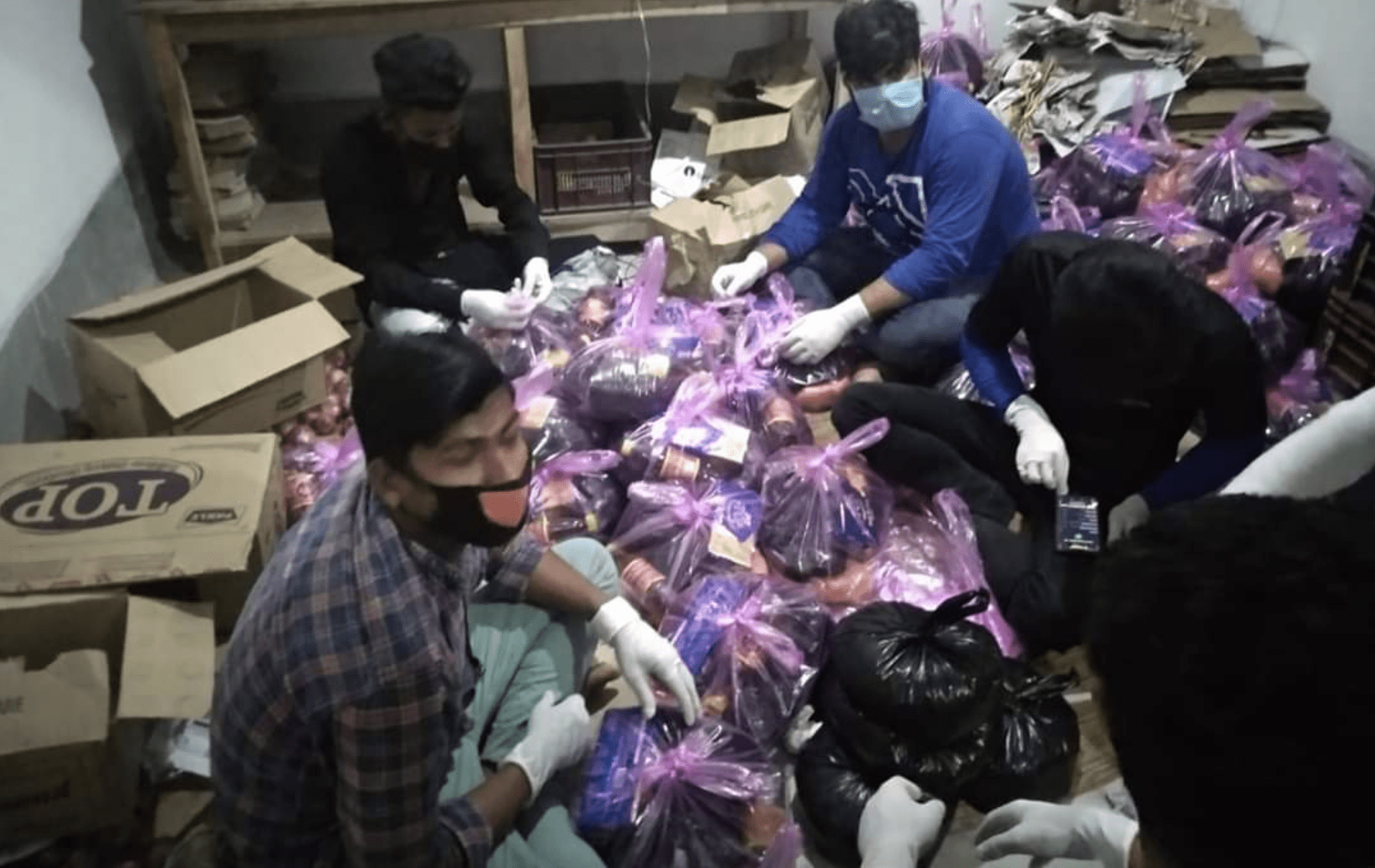 An Astonishing Miracle from the Previous Worldwide Corona Fast

I sat staring at my TV screen in disbelief. The news announcer had just reported that the Government of India had announced a complete lockdown of the entire country, for three weeks to stave off the Corona Pandemic, giving only four hours warning.  “Impossible,” I thought.  “There’s no way that the people could prepare with only four hours warning.”

You see, many of the poor in India only buy food for one day at a time. Not having refrigerators, but plagued by rats, other rodents and insects, particularly out in the country areas, they have no way to store food, therefore they only buy what they will eat that day.

The announcer continued to describe the panic that enveloped India at this announcement. The police were to enforce the lockdown with whatever measures necessary and were already seen mercilessly beating people on the streets—even doctors and nurses trying to get to the hospitals, and trucks trying to deliver food, even though they supposedly were to have been excluded from the lockdown.

The images on the screen depicted a total panic.

Naturally, since I work with the leprosy-affected, I immediately sensed the danger that this order would present to them.  Those that had small micro-businesses would have them shut down. Those who still begged would not be able to get out to go begging. How would they get food? Even if they could find a way to leave their houses—how would they pay for the food? Past experience had taught me that those affected by leprosy would likely be the last to be helped in any emergency.

I quickly started channel surfing trying to find any more information. Over the next few days I tried every avenue to find out what was happening. The closest reporting I could find involved the more than 100 million migrant workers. With the state borders sealed they were unable to return home, even though some tried to walk hundreds of miles to return to their homes. Suddenly finding themselves homeless, dozens had already died of starvation. My panic was growing.

Of course, those affected by leprosy were among those most vulnerable.  With the hard-fisted techniques of the police, none dared venture out into the streets. Within days, severe hunger and starvation stalked the colonies. The different colony leaders began to call Padma Venkatraman, the head of Rising Star Outreach in India, begging her to come to their aid, as they feared starvation far more than they feared the Coronavirus.

We convened a conference call with leaders from both Rising Star in India and the U.S. organization. We clearly needed to do something—and do it quickly. But what? How could we possibly help? For one thing, no one was allowed on the streets. We had dismissed the schools, sent the teachers and staff home, and even our leaders had returned to their homes in New Delhi.

Padma contacted the Commissioner for Differently Abled Persons and was able to procure a decal for our van, which theoretically would allow us to deliver food stuffs. But where to buy the food? Everything was shut down. How could we get the money in? How could the food be delivered?

On this emergency call, plans were made to purchase and deliver food packets to 1,000 leprosy-affected patients and their families. Each packet would contain 10 kilos of rice, 4 kilos of beans, salt and a bar of soap. It should last a family for two weeks. A system was designed whereby we could call local stores, place our order, and then have the colony leader show up to collect the colony food packets. Pictures and videos were to be taken to ensure that the food actually arrived at the intended homes. There was a lot of risk in this plan, but we felt we had no other alternatives.

We would start a pilot run with 2 colonies to see if we could get this to work. If it worked, we would try to roll it out to the roughly 50 colonies we worked with in the state of Tamilnadu.

But when I asked, “what about the colonies in Bihar?” there was silence on the call. In the state of Tamilnadu we had an organization set up with 115 fulltime employees we could rely on. But in Bihar, we had only an Area Director who was in charge of the new school there. But even our one Area Leader was in New Delhi with his own family in lockdown.

No one on the call had any answers about how to help the colonies in Bihar.  Up till now, we had only worked with the new school in Bihar, not with the colonies themselves. No one on the call had any idea where to even begin, even though we all knew that the situation in Bihar was probably much, much worse than the situation in Tamilnadu, due to the crushing poverty of Bihar.

We finally decided to start with what we had planned in Tamilnadu and pray for guidance in regard to Bihar, hoping we could eventually find a solution, although knowing deep inside that every day we waited, would put hundreds of lives at risk. We all left the call feeling a little hopeless to help the people in Bihar.  Over 190 children from those colonies attended our new school at Little Flower. I asked myself how in the world we could abandon those families—but honestly didn’t know where to even begin to set up an organization that could deliver food.  It was a horrible, helpless feeling.

The next day was the Worldwide fast proclaimed by The Church of Jesus Christ, to plead for help from heaven to stop the pandemic.  All the world was invited to participate. I prayed for a miracle for our colonies in Bihar.

In my family we started our fast on Saturday at 1:00 after lunch, and so we broke our fast on Sunday lunch at 1:00.  After everyone had left to go home, I made my way into my office and pulled up my inbox to see if there was any news of our first day’s efforts to provide food to the leprosy colonies in Tamilnadu.

At 2:59 an email had come in from a man named Khalid Sharfuddin. TWO HOURS AFTER WE ENDED OUR FAST!

I had met Khalid about three years ago. He had applied for a job with us in India. He had been serving as the Northern head of the Sasakawa Foundation in India—the largest organization in the world working with leprosy. He had felt for some time that the key to eliminating the stigma of leprosy had to be through education of the younger generation. Since Sasakawa was not involved in educating the young children from the leprosy colonies, Khalid had asked if he could come work with us.

At the time there was no position available for him.  So instead of coming to work for us, he ended up taking a position at the United Nations. Before long, he became the head of UNICEF in India. But his heart remained with the leprosy-affected whom he had served for ten years with the Sasakawa Foundation. He contacted us again about a year later and said that even though he was now earning a lot of money and had a position with a lot of responsibility, he ached to return to working with the people he had come to love. He wondered if we had any position at all that he could fit into, even though it would mean a tremendous loss of salary.  But, once again, we did not have an opening as we had just installed a new national team.

I had not heard from him since that last contact.  But now, just two hours after our family finished our fast, he contacted me to see if he could help in any way to feed the people in the colonies in Bihar! He said that with his contacts with the government and with the United Nations, he should be able to help us get the food in that was needed. I was ecstatic!

Khalid was able to cut through a lot of red tape. Within one day he had delivered food to six colonies! He not only had the advantage of his U.N. connections, but also of knowing all the colony leaders in Bihar because he had worked with them for ten years. They were able to guide him to resources.

He was able to share the information with us.  We have now been able to join in the effort. Now we have gotten food into nearly all the ten colonies that send children to our school in Bihar. With his help we will continue to reach out to include as many colonies as possible. It’s interesting, because I never would have thought to contact Khalid, but God clearly knew that he was the very one who could help!

This week we have gotten food to more than 1,000 families. By the end of next week, we hope to have reached more than 3,000 families in both Tamilnadu and Bihar. A door was opened for us through the fast. Maybe it was the first miracle of the worldwide fast! I’m sure it is only one of many miracles that resulted from that fast.

It is interesting to me that with the entire Church throughout the world praying for assistance, that God would remember the very people that many in the world had forgotten. To Him, no one is forgotten. Every life has equal value. To Him, each life is precious.

How wonderful! You are truly the Lord's worker. Mei

I've always wanted to change the term 'disabled' person to 'differently abled' person, so it's a POSITIVE thing; validating the individual's creative abilities required for meeting a particular challenge, instead of focusingon what they CAN'T do. When I saw that term used in this article, I was ecstatic and wanted to find out more about why you use it! Can someone contact me and tell me where it originated and what it stands for...some sort of organization...? 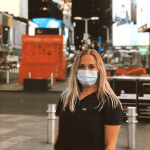 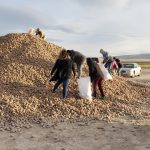 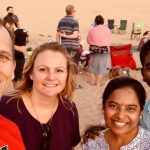 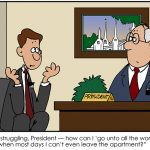 Cartoon: All the World 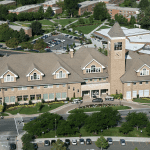 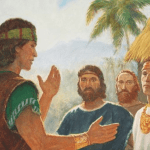 Come, Follow Me for Sunday School: “They Were Steadfast and Immovable”, Mosiah 29 – Alma 4 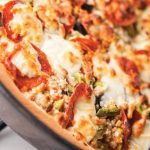