An Ancient Pattern for Avoiding Infidelity

The following is part 12 of a series from the book, Drawing Heaven into Your Marriage. To see the previous section, click here. 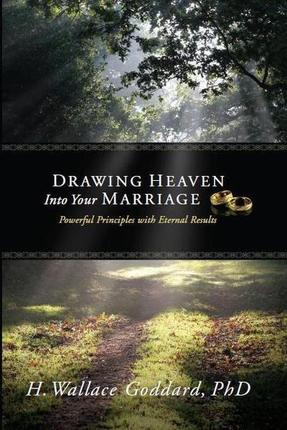 We live in a time of great moral pollution. Even if we individually take moral purity seriously, we are surrounded by media and culture that celebrate sex as the currency of the realm. Immodesty commands our attention. Lust encourages our warped thinking. Our screen heroes and our real-life national heroes are as casual about sex as about a night on the town. Our contemporary attitude toward sex creates a desolating scourge.

President Kimball has warned us that “infidelity is one of the great sins of our generation. The movies, the books, the magazine stories all seem to glamorize the faithlessness of husbands and wives. To the world nothing is holy, not even marriage vows . . . It reminds us of Isaiah, who said: ‘Woe unto them that call evil good, and good evil. . . .’ (Isaiah 5:20).” [i]

One of the great examples of moral excellence was Joseph of Israel. His encounter with Potiphar’s wife is told in just six verses in the book of Genesis.

And it came to pass after these things, that his master’s wife cast her eyes upon Joseph; and she said, Lie with me.

But he refused, and said unto his master’s wife, Behold, my master wotteth not what is with me in the house, and he hath committed all that he hath to my hand;

There is none greater in this house than I; neither hath he kept back any thing from me but thee, because thou art his wife: how then can I do this great wickedness, and sin against God?

And it came to pass, as she spake to Joseph day by day, that he hearkened not unto her, to lie by her, or to be with her.

And it came to pass about this time, that Joseph went into the house to do his business; and there was none of the men of the house there within.

And she caught him by his garment, saying, Lie with me: and he left his garment in her hand, and fled, and got him out (Gen. 39:7-12, emphasis added).

We honor Joseph’s valiance and purity. He was far from his home ward with its attendant accountability. Potiphar’s wife was alluring and powerful. Yet he resisted her without hesitation. What an example!

The Book of Jasher contains an account of the encounters between Joseph and Potiphar’s wife that is much richer and more detailed than that in the Old Testament. Whether the book that circulates today as the Book of Jasher is the same book as that referred to in Joshua and 2 Samuel is uncertain. John Taylor recommended that the book we know as the Book of Jasher be considered as history but not as revelation. Whether the Jasher account of Joseph is perfectly historical, it is perfectly instructive. It is as dramatic as anything that has ever come from Hollywood, while being morally inspiring.

Potiphar brought Joseph to manage his holdings. God prospered all that Joseph touched. Joseph had “beautiful eyes and [a] comely appearance” unlike any in the land of Egypt. Potiphar’s wife, Zelicah, found herself drawn to him. “She coveted his beauty in her heart, and her soul was fixed upon Joseph, and she enticed him day after day, and Zelicah persuaded Joseph daily, but Joseph did not lift up his eyes to behold his master’s wife” (v.16). [Joseph was exemplary. He did not even look at Zelicah!]

Zelicah flattered Joseph telling him that she had never seen such a beautiful slave. Joseph responded that the One who created him created all mankind. She replied that his eyes dazzled all the inhabitants of Egypt. He observed that when he died his eyes would frighten her. She praised him for his words. He replied that his words were beautiful when he praised God. When she praised his hair, he begged her to stop and take care of her business. Joseph was not to be won with flattery [which is one of Satan’s favorite tools for luring us into affairs].

Zelicah persisted. “She enticed him daily with her discourse to lie with her, or even to look at her, but Joseph would not hearken to her” (v.23). So she threatened him with bondage and death. Joseph’s reply was noble: “Surely God who created man looseth the fetters of prisoners, and it is he who will deliver me from thy prison and from thy judgment” (v. 25).

When she was unable to seduce Joseph, Zelicah fell into a depression. When her friends came to visit her they could not imagine that such a wealthy woman could be unhappy. So she made a banquet for them. She gave them fruit to cut and peel and had Joseph appear before them. “And they all cut their hands with the knives that they had in their hands, and all the citrons that were in their hands were filled with blood” (v. 29). [Hollywood never scripted a more dramatic scene!] They could not look away from Joseph.

Zelicah challenged them. If you cut yourselves after looking at Joseph, how can I manage myself when he is constantly in my house? How can I keep from perishing? [Satan has inspired the lustful question: How can you possibly live around such a magnificent man without having sex?]

Zelicah’s misery increased. Her friends encouraged her to seduce him by any means necessary. So she attacked him. But he broke from her and ran away.

Later she asked Joseph how he could make her suffer so. She insisted that he would be the death of her. [It seems that she had turned to using guilt on him: Joseph was responsible for her misery!] Joseph replied that he would not dishonor his master. “How then canst thou speak these words unto me, and how can I do this great evil and sin to God and to thy husband?” (v. 45) [This sentence is reminiscent of Joseph’s words in the Genesis account.]

She ignored his counsel and continued daily to entice him. Then a holiday came. As all the people left for the festivities, she made excuses and remained in the house. She dressed herself in her most exotic clothes, put on her finest jewelry, and applied the finest makeup and perfume. Then she took up a place where she knew Joseph would pass. But as soon as he saw her, he turned away. She begged him to stay and continue his work.

As he sat to do his work, she stood before him. In desperation she threatened him. “As the king liveth if thou wilt not perform my request thou shalt die this day, and she hastened and stretched forth her other hand and drew a sword from beneath her garments, and she placed it upon Joseph’s neck, and she said, Rise and perform my request, and if not thou diest this day” (v. 53). [Many weaker souls would have justified submitting to her threats. Not Joseph!]

When Joseph fled, she grabbed his robe and pulled it from him as he departed. When her seduction has failed, she changed into her regular clothes. She sent a messenger to gather the people of the household, then made her accusation: “See what a Hebrew your master has brought to me in the house, for he came this day to lie with me” (v. 57).

Everyone was indignant with Joseph. Potiphar was enraged. Joseph was punished with severe stripes—even though Joseph proclaimed his innocence and wise men recognized the inconsistencies in Zelicah’s story. Joseph was stuck in the prison house for 12 years! [A lesser man would have cursed God for punishing him for his virtue!]

Incredibly, Zelicah visited him in prison for three months trying to persuade him to submit to her in exchange for his freedom. Even in such desperate circumstances, Joseph would have none of it. “It is better for me to remain in this house than to hearken to thy words, to sin against God (v. 78, Book of Jasher, Chapter XLIV).

While Hollywood makes drama out of lust and seduction, the truly great dramas celebrate something different: faithfulness and holiness. Much like Jesus, Joseph “suffered temptations but gave no heed unto them” (D&C 20:22). In a time when lust is the backdrop to almost all relationships, Joseph stands as an example to us of a pure heart. Joseph honored his covenants above pleasure, lust, threats, prison, or convenience. He gave no place for evil.

Today Satan attacks us with subtle and indirect means. He gets us inappropriately close to someone who is not our spouse under the guise of missionary work, friendship, or helpfulness. He subtly builds inappropriate emotional bonds while quieting our consciences with weak rationalizations. Perhaps this is Satan’s favorite ploy with those who desire goodness and are filled with compassion. The Book of Mormon describes his strategy: “And others will he pacify, and lull them away into carnal security, that they will say: All is well in Zion; yea, Zion prospereth, all is well—and thus the devil cheateth their souls, and leadeth them away carefully down to hell” (2 Nephi 28:21).

Ancient Joseph of Israel may be especially instructive to us. While he was raised with righteous standards, his experience in Egypt was similar in many ways to the seduction and evil we experience in our culture. Just as Zelicah relentlessly lured him toward evil, so our common talk, T.V. and movies suggest that chastity is outmoded.

Modern prophets have unapologetically declared the same standard that Joseph lived by.

There are those married people who permit their eyes to wander and their hearts to become vagrant, who think it is not improper to flirt a little, to share their hearts and have desire for someone other then the wife or the husband. The Lord says in no uncertain terms: ‘Thou shalt love thy wife with all thy heart, and shalt cleave unto her and none else’ (D&C 42:22).

And, when the Lord says all thy heart, it allows for no sharing nor dividing nor depriving. . . . The words none else eliminate everyone and everything. The spouse then becomes preeminent in the life of the husband or wife, and neither social life nor occupational life nor political life nor any other interest nor person nor thing shall ever take precedence over the companion spouse. . . .

Marriage presupposes total allegiance and total fidelity. Each spouse takes the partner with the understanding that he or she gives totally to the spouse all the heart, strength, loyalty, honor, and affection, with all dignity. Any divergence is sin; any sharing of the heart is transgression. As we should have “an eye single to the glory of God,” so should we have an eye, an ear, a heart single to the marriage and the spouse and family.[ii]

More on the theme of purity in the next article.

If you would like to buy your own copy of Drawing Heaven into Your Marriage, click here.

I think that Potiphar knew that real story. What do you think the penalty for trying to seduce and force himself upon the wife of the master of house? DEATH...Potiphar could not take Joseph's word over that of his wife so he sent him to prison as a alterative punishment. I also think that Potiphar had a talk with the prison warden and him what's what.

Jewish legend says the first thing Joseph did when he was cast into prison was to fall to his knees and thank God for delivering him out of the hands of Potiphar's wife. What a faithful man!