A Supreme Day for Pro-Lifers in America | Meridian Magazine 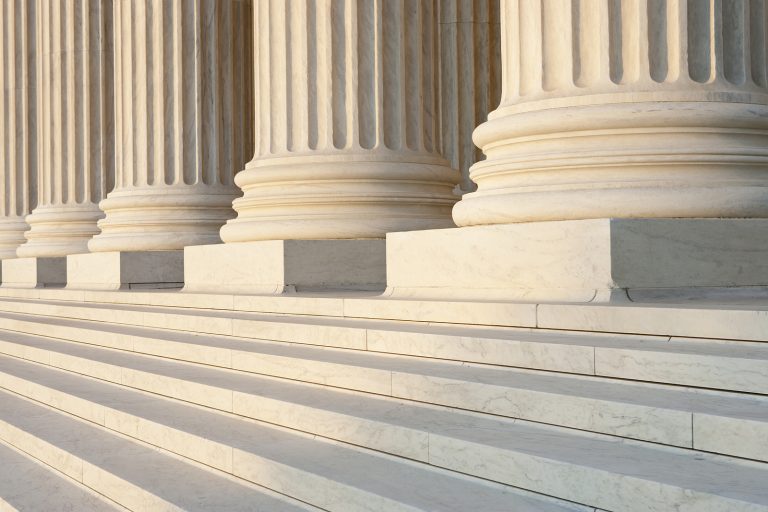 A Supreme Day for Pro-Lifers in America

One source of coverage on this issue is lifenews.com, which we heavily relied on for this article.

On Wednesday morning the Supreme Court heard arguments in Dobbs v. Jackson Women’s Health Organization. This case is monumental because it deals with a Mississippi law which bans abortion after 15 weeks, and, essentially asks the Court to overrule the 1973 Roe v. Wade ruling that says states can regulate, but not ban abortion up until the point of viability at about 24 weeks. The 1992 ruling in Planned Parenthood v. Casey reaffirmed Roe.

Mississippi Solicitor General Scott Stewart told the justices: “Roe versus Wade and Planned Parenthood versus Casey haunt our country.  They have no basis in the Constitution. They have no home in our history or traditions. They’ve damaged the democratic process. They’ve poisoned the law. They’ve choked off compromise. For fifty years they’ve kept this Court at the center of a political battle that it can never resolve. And fifty years on, they stand alone: nowhere else does this Court recognize a right to end a human life.”

While it is difficult to read the outcome of a case from the questions and responses of the Supreme Court justices, anyone would say it was a good day for those who advocate for life. The National Review editors said, “It is hard to see how the argument could have gone much better for the pro-life cause. Now, we wait to see if the Justices have the fortitude to do the right thing, end 48 years of judicial usurpation, and restore the primacy of the Constitution.”

They also note, “The lawyers for the abortion clinic and for the Biden administration insisted on an all-or-nothing outcome, giving the Court no alternative path to uphold the Mississippi law without overruling Roe. Every effort by Chief Justice John Roberts to find some potential compromise standard was rebuffed.”

The New York Times said the Court “seemed poised on Wednesday to uphold a Mississippi law that bans abortions after 15 weeks of pregnancy,” though “the court’s six-member conservative majority seemed divided about whether to stop at 15 weeks, for now at least, or whether to overrule Roe entirely, allowing states to ban abortions at any time or entirely.”

The Supreme skepticism about abortion that showed up in Wednesday’s proceedings include these moments:

Chief Justice John Roberts asked Julie Rikelman, who represents the Mississippi abortion facility, “If you think that the issue is one of choice…viability, it seems to me, doesn’t have anything to do with choice. If it really is an issue about choice, why is 15 weeks not enough time?”

He also cited research from the Charlotte Lozier Institute that compares American abortion law to other countries. Stephen Billy, executive director of the institute notes, the chief justice correctly cited CLI research that shows how Roe puts the United States in the same class with China and North Korea, allowing abortion-on-demand until the day of birth.” He said, “47 out of 50 European nations limit elective abortion prior to the 15-week limit proposed by Mississippi.”

Justice Brett Cavanaugh noted that the idea that a ruling is a precedent, doesn’t mean that it can’t be overturned. LifeNews said, “In some of the Court’s most important and consequential cases, according to Kavanaugh, the justices overturned existing precedents. He cited Brown v. Board of Education, which outlawed ‘separate but equal’ education, and Obergefell v. Hodges, which recognized the constitutionality of same-sex marriage.

“Kavanaugh also appeared skeptical of the Roe precedent itself. He described in detail Mississippi’s argument that the Court has been forced to take a position on ‘the most contentious social debate in American life,’  when the Constitution is neutral on the issue of abortion, and that the issue should be left to the people, the states, or to Congress.”

According to LifeNews, “During oral arguments, Wednesday morning, [Justice Amy Coney] Barrett asked pro-abortion lawyers about ‘the burdens of parenting’ presented in Roe and Planned Parenthood v. Casey as reasons for the so-called right to abortion.

“She brought up safe haven laws, which allow mothers to relinquish their newborns to authorities without fear of repercussions, as an alternative to abortion and the burdens of motherhood.

In all 50 states, you can terminate parental rights by relinquishing a child after birth, Barrett told lawyers representing the Mississippi abortion facility Jackson Women’s Health, “Why don’t you address the safe haven laws and why don’t they matter?”

Arguments in court will continue in this case, and a ruling is expected in June.

There's a simple test for those who claim that they're "advocating for life": If Roe is thrown out next year, then you should immediately insist that any fetus is conceived during a calendar year is now tax-deductible. The instant a woman becomes pregnant, she can declare a new dependent and reap the benefits on her next return. If an unborn child is really "alive", this should be a no brainer. Put your money where your mouth is, guys...