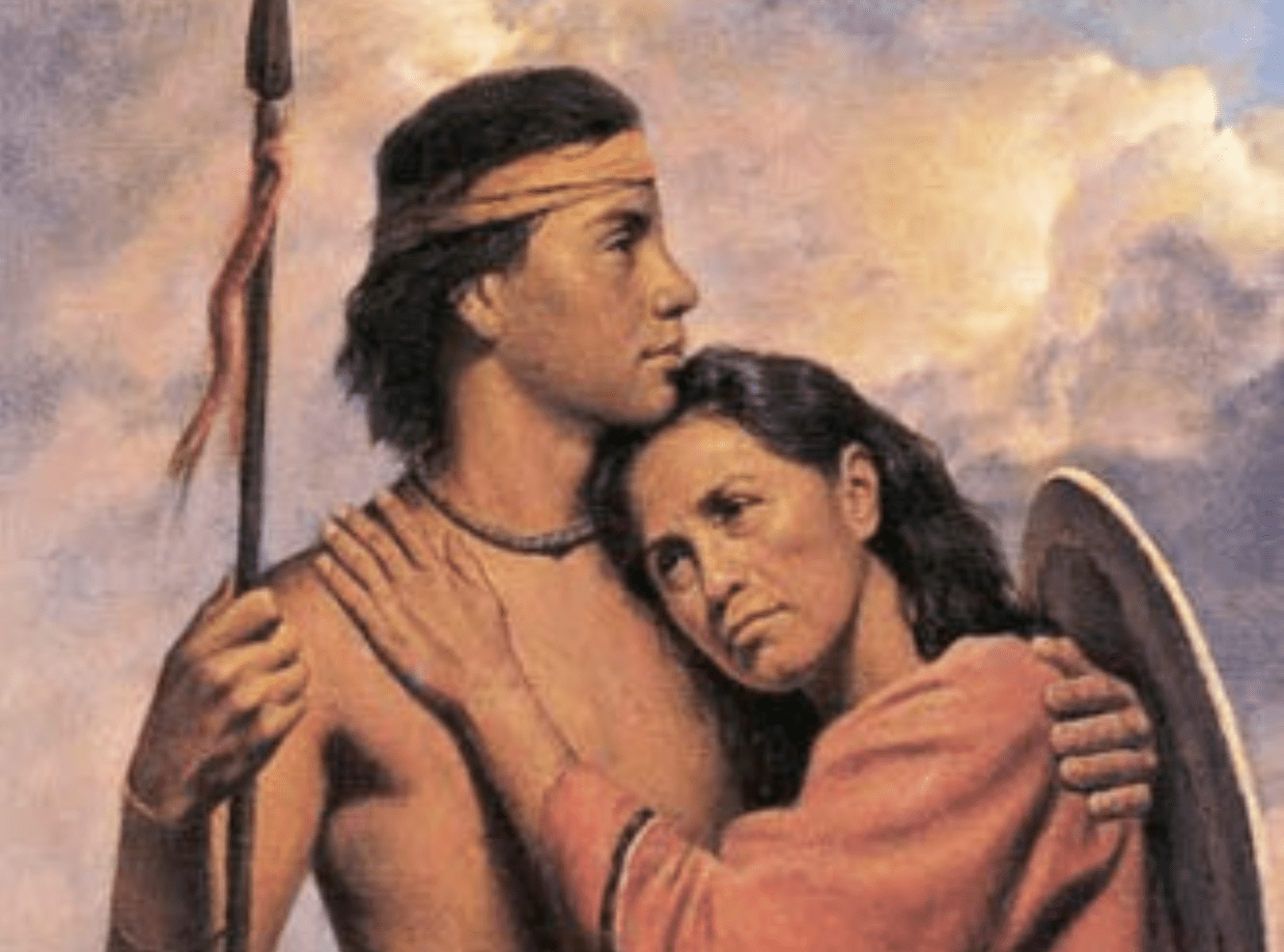 A Subtle Book of Mormon Tribute to Single Mothers?

To read more from Jeff Lindsay, visit his blog: Mormanity.

In Alma 53, the 2000  young “stripling warriors” from converted Lamanite families heroically assist the Nephites in a difficult time of war and turn the tide. Their great faith and courage causes the Nephites to marvel. The young men credit their mothers for their faith in a frequently quoted passage of the Book of Mormon, where an epistle from Helaman describes these young men and their miraculous preservation in fierce battles:

[46] For as I had ever called them my sons (for they were all of them very young) even so they said unto me: Father, behold our God is with us, and he will not suffer that we should fall; then let us go forth; we would not slay our brethren if they would let us alone; therefore let us go, lest they should overpower the army of Antipus.
[47] Now they never had fought, yet they did not fear death; and they did think more upon the liberty of their fathers than they did upon their lives; yea, they had been taught by their mothers, that if they did not doubt, God would deliver them.
[48] And they rehearsed unto me the words of their mothers, saying: We do not doubt our mothers knew it.

We do not doubt our mothers knew it. It’s a great story, but why weren’t their faithful fathers also mentioned?

Recall the dramatic events back in Alma 24 when the newly converted Lamanites made an oath to not take up weapons again. When their fellow Lamanites viewed them as traitors for taking up the Nephite religion and threatened them, the converted “Anti-Nephi-Lamanites” chose not to surrender their religion and not to resist when an army approached. Rather, they prostrated themselves on the ground, and allowed themselves to be slain. The casualties totaled 1,005, but some of the attackers, stricken with guilt as they slayed passive, innocent people, stopped the slaughter and even more of the attackers prostrated themselves upon the ground and joined the converts.

When I shared this story with some young single adults in an Institute class recently, one of them felt it was a horrible story. “How could decent men have their wives and children join them on the ground and watch them be slaughtered?” But the text doesn’t suggest that any women or children were among the victims. The oath to not take up weapons and be ready to die if the Lamanites attack appears to have been made among men in Alma 24:16:

When the Lamanites attack in Alma 24, they are stricken with guilt because of having killed their “brethren”:

[21] Now when the people saw that they were coming against them they went out to meet them, and prostrated themselves before them to the earth, and began to call on the name of the Lord; and thus they were in this attitude when the Lamanites began to fall upon them, and began to slay them with the sword.
[22] And thus without meeting any resistance, they did slay a thousand and five of them; and we know that they are blessed, for they have gone to dwell with their God.
[23] Now when the Lamanites saw that their brethren would not flee from the sword, neither would they turn aside to the right hand or to the left, but that they would lie down and perish, and praised God even in the very act of perishing under the sword —
[24] Now when the Lamanites saw this they did forbear from slaying them; and there were many whose hearts had swollen in them for those of their brethren who had fallen under the sword, for they repented of the things which they had done.
[25] And it came to pass that they threw down their weapons of war, and they would not take them again, for they were stung for the murders which they had committed; and they came down even as their brethren, relying upon the mercies of those whose arms were lifted to slay them.
[26] And it came to pass that the people of God were joined that day by more than the number who had been slain; and those who had been slain were righteous people, therefore we have no reason to doubt but what they were saved.

Naturally, it would be the men who bore the burden of having been bloodthirsty warriors in the past who would be the ones to put their own lives at the greatest risk. Good men under these circumstances would most likely take measures to protect their wives and children, either having them be at the very back of their group or else hiding them somewhere, but it doesn’t seem likely that they would be up at the front of the group to be slaughtered with the men. Further, the killers might have had no desire to hurt the women or children. In any case, what happened on that day likely turned hundreds of women into single mothers. Perhaps around 1000 women.

It’s an example of the numerous little subtleties in the Book of Mormon where there is often more than meets the eye to a story, especially when we considered the context and relationships to other events in the scriptures.

About 15 or so years later, when the 2,000 stripling warriors come onto the scene and praise their marvelous mothers for the faith they have imbued in their sons, it seems likely that many of these valiant young men had been raised and taught by single mothers, making the Book of Mormon’s frequently cited tribute to the power of mothers to possibly be a tribute to the power and potential of single mothers who are strong in the faith of Christ.

But at least some fathers of these young men were still living, as Anita Wells kindly reminded me in her comment on this post. In Alma 56:27, an unknown number of fathers arrive on the scene bearing supplies for the young men. They weren’t there to take up weapons, but to do what they could to support their sons in the battlefield.

Sharon Proctor, I love how that changes the meaning of that sentence! Thank you & thanks for the insight on the whole topic Jeff :)

The young men in Helaman's battalion were under the age to become warriors when many of their fathers died. They watched those fathers deliberately walk out unarmed to meet the Lamsnite armies, being egged on by the wicked Zoramites and other Nephite apostates. And they saw their mothers bravely support their fathers, even though the lives of themselves and their children were threatened. These young men had seen their mothers stand firm in faith, in the face of death. They knew their mothers' faith because they saw it demonstrated that terrible day. I am sure the mothers continued to teach their children to have courage when performing a mission from God, but what gave their children a certain knowledge of their mother's faith and bravery was the way they stood fast in the face of what looked like certain death. On Mothers Day, we cite this story as we praise the teaching of faithful mothers. But how many of us, mothers and fathers, have demonstrated unequivocally our faith in God's grace despite our own helplessness? If we wsnt to borrow the honor given those mothers, are we willing to pay the price they paid? Other mothers who showed like courage were the mothers who made the pioneer journey across the wilderness, and the mothers who stayed faithful behind the Iron Curtain until the Berlin Wall fell. Mothers whose husbands were jailed by the Federal government for practicing plural marriage made great sacrifices. Mothers whose husbands served missions supported their families with faith.