A Rookie Mistake in Forging an Ancient Document | Meridian Magazine 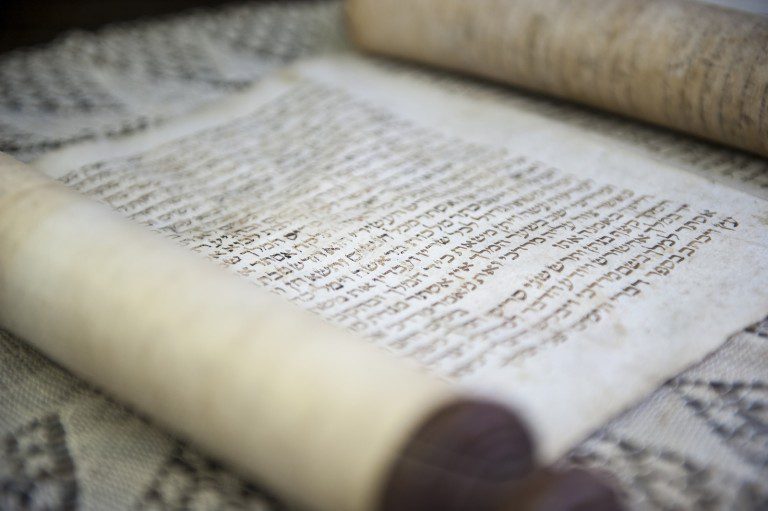 A Rookie Mistake in Forging an Ancient Document

Biblical Archaeology Review just shared an interesting story on a purportedly ancient Jewish document. As reported in October 2016, a papyrus mentioning the city of “Jerusalem,” “the king,” and “jars of wine” allegedly from around 600 BC was recently acquired through the antiquities market. Multiple scholars accepted the document as authentic, based in part upon carbon dating that confirmed the papyrus was ancient. Carbon dating has also been done on the ink, and though the results have not yet been published, apparently also attest to ancient origins.However, there is good reason to remain skeptical, as Christopher Rollston explains in “The King of Judah, Jars of Wine, and the City of Jerusalem: The Jerusalem Papyrus and the Forged Words on It”  at Biblical Archaeology Review, one of my favorite resources. The article can be read for free, but I recommend joining me as a subscriber to their publications for just $35 a year.Yes, the papyrus may be ancient and the ink may be ancient also, and the Hebrew may be plausible in general. But to a trained expert in Hebrew, one can detect a rookie mistake which helps give away the forgery. Modern forgeries have become much more sophisticated. Forgers have access to articles on the technical details of how previous forgeries have been detected. They have access to vast resources of knowledge to improve their work. In forging an ancient document, for example, they know how to buy ancient materials that will pass carbon dating tests. But Rollston notes that the Hebrew stumbles badly on a grammatical subtlety:

In the Jerusalem Papyrus inscription, there is paradigmatic construct chain, namely, “jars of wine.” We have that very same phrase, with the very same words, in the Hebrew Bible: “jars of wine” (1 Samuel 25:18; cf. also Job 38:37; Lamentations 4:2). But there is a subtle difference. In the Hebrew Bible, it is spelled nbly yyn. That’s the correct spelling. However, in the Jerusalem Papyrus, it is spelled “nblym yyn.” The problem with the spelling in the Jerusalem Papyrus is that the m is not supposed to be there. It’s not the sort of mistake that a native speaker of ancient Hebrew would make (and certainly not a scribe!). Significantly, within modern Hebrew, a circumlocution is often used to avoid construct forms (namely, the word šĕ), but in ancient Hebrew (in speech and in writing), the construct form was the way to do this.

And, of course, the fact that we have the construct form of “jars of” (i.e., nbly) used multiple times in the Bible, including the very phrase “jars of wine,” demonstrates that this was certainly the way it should have been done in the Jerusalem Papyrus. But it wasn’t (and I find the logic of the authors of the editio princeps to account for this problem to be strained, special pleading). This is really quite a rookie mistake for the forger, and my strong suspicion is that the forger of this text is reading up right now on the proper construct forms in ancient Hebrew. I doubt that he will make that mistake again. There are also some problems with the script, some very fine anomalies. I may discuss those in a future publication…or I may not do so, in order to avoid educating the forgers. After all, for the past century and a half, forgers have been reading the things scholars write and learning more and more about how to avoid blunders in their forgeries.

Ultimately, the case against the Jerusalem Papyrus is pretty strong. To be sure, there are, and will continue to be, people who believe that it’s ancient. But for my money, I think that it’s of recent vintage. And the modern forger is pretty good at his craft, but not perfect. And, as I mentioned, I suspect that the forger of this inscription is studying up on construct forms right now.

And so, another classic case of forgery has been closed, exposed — in spite of a skilled, even meticulous forger going to great lengths to obtain ancient materials — by a rookie mistake in the text.Then comes some further review in the comments, and now the story becomes even more interesting. Other readers explain that this mistake, the added m on the first noun, is actually characteristic of an early form of Hebrew in the relevant region, dating before the Masoretic text, and is a sign of authenticity, not a forgery. Indeed, were it a forgery, the forger would naturally use the phrase in question as it appears multiple times in the Bible. Why depart from that? If the commenters are correct, what appeared as a rookie flaw in the text that pointed to a modern forgery actually strengthens the case for ancient origins. A great example of how complicated it can be to evaluate an ancient document even when you have it before your eyes with all the tools of modern science and knowledge to evaluate it.It’s also a reminder of the story behind some of the classic rookie blunders in the Book of Mormon. I refer to blunders like the male name “Alma,” so stupidly plagiarized from the modern woman’s name in the Romance languages. Over a century after the Book of Mormon was published, Jewish scholars discovered that Alma indeed was a proper name for a Jewish man dating back to the 7th century B.C. Suddenly, a glaring weakness was a strength.

Ditto for the horrific blunder, one of the top 10 arguments against the Book of Mormon in many publications, wherein Christ is said to be born in Jerusalem, or rather “at Jerusalem, the land of our forefathers.” Earth to Joseph: everybody in your day knew that Jesus was born in Bethlehem. What were you thinking? It would be over a century again before we learned something not found in the KJV Bible, namely the area around Jerusalem was actually known anciently as the “land of Jerusalem” and that Bethlehem, according to the Dead Sea Scrolls, was explicitly stated to be in this land (in any case, Bethlehem being virtually a suburb of Jerusalem, for practical purposes those on the other side of the world can reasonably say that Christ was born there). It’s exactly the kind of mistake that even a clumsy forger would not make.There are many more rookie mistakes which tend to get more interesting when examined more closely. Things like crossing the Arabian Peninsula to get to Bountiful — totally ridiculous until field work confirmed the plausibility of many details and even provided archaeological confirmation of the name Nahom, in the right place and time, and at least one excellent candidate for Bountiful in just the right place.What’s your favorite former Book of Mormon blunder?
1 Comment | Post or read comments

My favorite Book of Mormon blunder is Alma 53:6 where Mormon states that captain Moroni "...had obtained possession of the city of Mulek, which was one of the strongest holds of the Lamanites in the land of Nephi." Everyone knows that Mulek is on the east sea coast, and almost due north of the city of Zarahemla, while the land of Nephi is many miles away due south of the city of Zarahemla. What an obvious silly mistake Mormon made. However, the east wilderness which is the land between Zarahemla and Mulek was heavily populated by Lamanites, "where the Nephites had driven them" at the end of the battle with the Amlicites in Alma 2. That land was so full of Lamanites that for a short period this was called "the land of Nephi" . It was a second land of Nephi much like having a Lincoln in Oregon and another Lincoln in Nebraska. This east wilderness "possession of the Lamanites" explains Alma 50:13 and thus places the city of Moroni northward from Zarahemla on the east sea where it must be for many other reasons, and where it belongs.