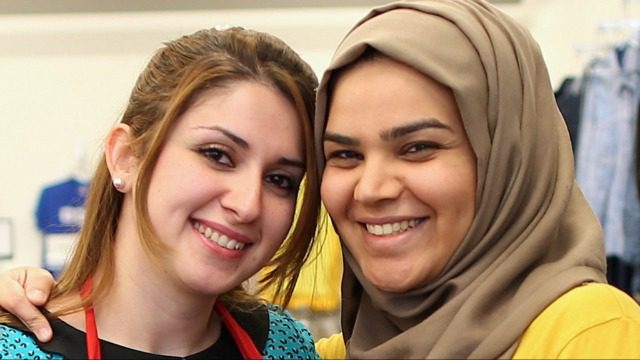 A new 35-page pamphlet called “Muslims and Latter-day Saints: Beliefs, Values, and Lifestyles” is available at ChurchofJesusChrist.org in these languages: Arabic, English, Farsi, French, Spanish and Turkish. German and Russian will come later. The pamphlet can also be found in these languages on the Gospel Library app by going to “Books and Lessons,” then opening “Interfaith Relations.”

The resource was first mentioned by Elders David A. Bednar and Gerrit W. Gong of the Quorum of the Twelve Apostles at a conference on Islam at Brigham Young University in October 2021. The pamphlet introduces Muslims (followers of Islam) and Latter-day Saints (members of The Church of Jesus Christ of Latter-day Saints) to each other. The booklet is the fruit of years of work, including collaboration with Muslim imams.

“As we undertook this effort with Muslim colleagues, we noticed how much there is in common between the two faiths,” Elder Bednar says in the 30-minute video that accompanies the pamphlet. “For example: Both Latter-day Saints and Muslims have sincerely held beliefs like faith in God, prophets, scriptures and holy places. We share common values like the importance of family, chastity and helping those in need. The lifestyles of followers of both faiths include practices such as prayer, fasting and protecting our physical health. The common beliefs, values and practices in both faiths extend beyond any political, ethnic or cultural boundaries.”

While acknowledging differences between the two religions, sections in the pamphlet illustrate some of the shared beliefs.