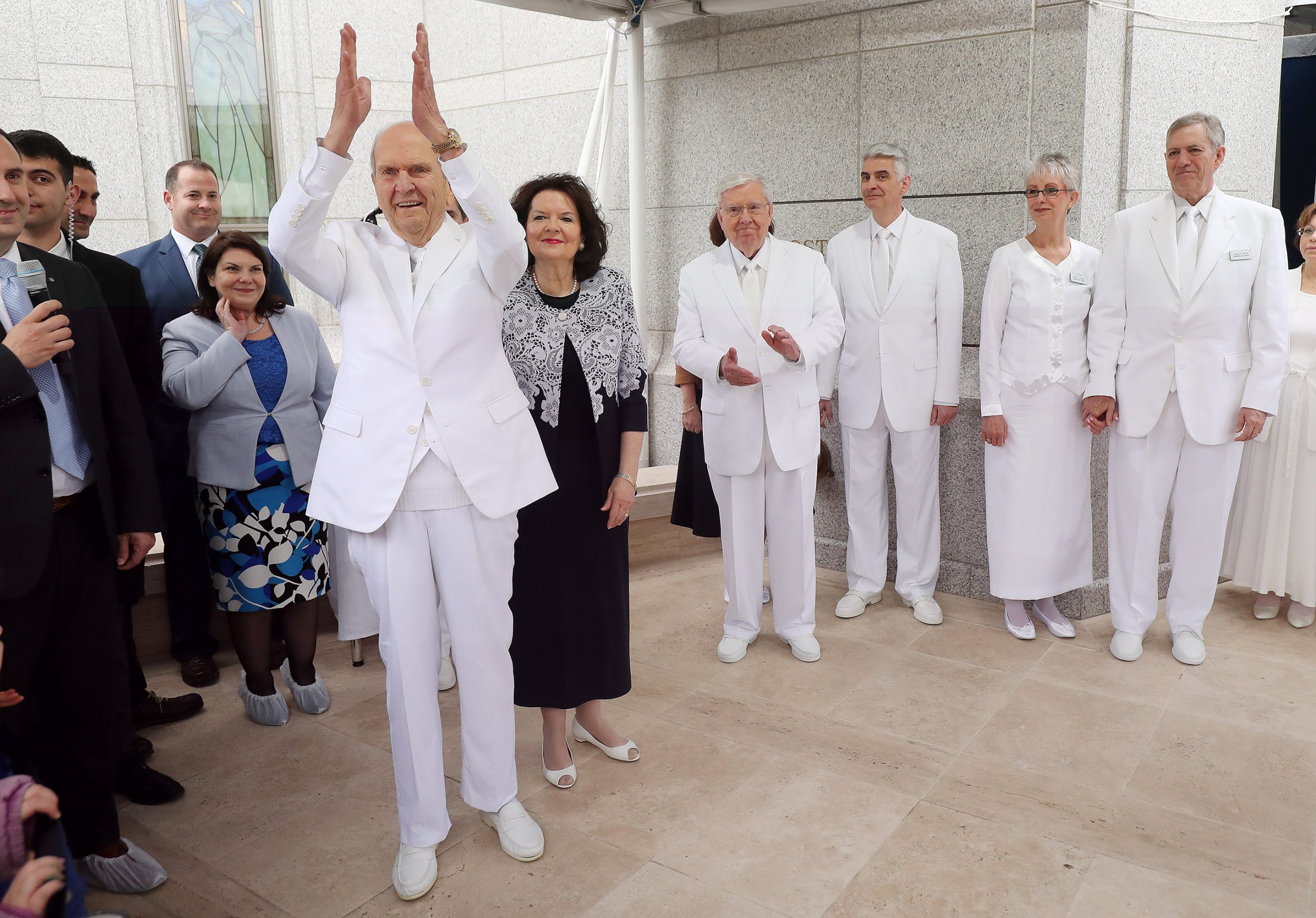 When Elder Gary E. Stevenson of the Quorum of the Twelve Apostles dedicates the Rio de Janeiro Brazil Temple on Sunday, May 8, The Church of Jesus Christ of Latter-day Saints will mark a historic first: The 12 sitting members of that quorum and the three of the First Presidency will have each either dedicated or rededicated at least one temple.

And each has dedicated or rededicated a temple in a relatively short time period — in the four years and four months of President Russell M. Nelson’s tenure leading the Church, beginning in January 2018.

It is by President Nelson’s direction that his First Presidency counselors — President Dallin H. Oaks and President Henry B. Eyring — and all 12 Apostles have each been assigned to preside and pray at at least one of the 14 temple dedications or 13 temple rededications that have occurred since January 2018 or are scheduled and announced through late 2022.

President Nelson has so successfully spread out temple dedication and rededication assignments among the First Presidency and Quorum of the Twelve Apostles that he personally has accounted for the lowest percentage of temple dedications done by any President of the Church in the latter days.

Of the 11 temples dedicated during his tenure and the three upcoming dedications scheduled over the next two months, President Nelson has taken the lead on only two of 14. The first was the Concepción Chile Temple, dedicated on Oct. 28, 2018, during a South America ministry and while visiting Santiago, Chile, and Concepción. The second was the dedication of the Rome Italy Temple, with all 15 members of the First Presidency and Quorum of the Twelve participating and briefly all together during the three-day dedication period of March 10-12, 2019.