A God of Many Mighty Miracles | Meridian Magazine 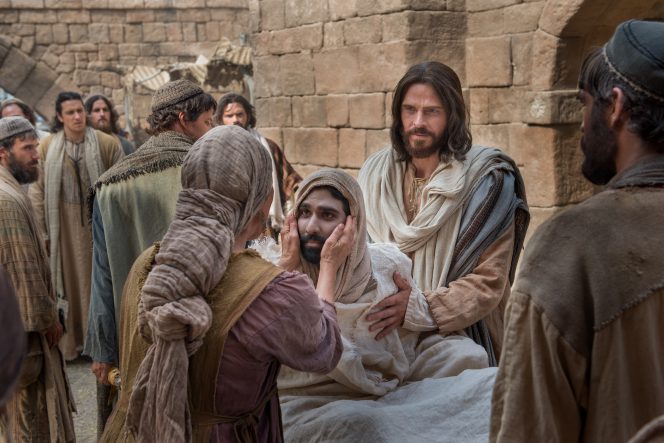 A God of Many Mighty Miracles

Moroni, as he concludes his father’s record, spends a great deal of time on the subject of miracles. This is an interesting way for Moroni to end Mormon’s book in the Book of Mormon. Mormon 8:5 suggests that this is how Moroni thought the entire record would end.

I suppose that Moroni’s view of our day (Mormon 8:34,35) gave him incentive enough to send this warning across the ages to us. We do live in a day when multitudes do not believe in miracles, and when even those who believe in a God often believe in one who is not directly involved in the affairs of his children.

“And now, if ye have imagined up unto yourselves a god who doth vary, and in whom there is shadow of changing, then have ye imagined up unto yourselves a god who is not a God of miracles. But behold, I will show unto you a God of miracles, even the God of Abraham, and the God of Isaac, and the God of Jacob; and it is that same God who created the heavens and the earth, and all things that in them are” (Mormon 9:10 – 11).

That God of miracles is the one Moroni shows us in chapter 9, a God who performs miracles “marvelous in our eyes” (Morm. 9:16); whose Son wrought “many might miracles,” as did His apostles (Morm. 9:18).

“And if there were miracles wrought then, why has God ceased to be a God of miracles and yet be an unchangeable Being? And behold, I say unto you he changeth not; if so he would cease to be God; and he ceaseth not to be God, and is a God of miracles” (Mormon 9:19).

My testimony of this–of the reality of the miracles of God—has been strengthened in the past few weeks. And my awareness of those miracles has caused me to focus on some of the words in the verses above. God does many marvelous works. He performs mighty miracles. But he also performs simple miracles. I know I have to be careful how I say this, because I do not mean to imply that the seas don’t part, the mountains don’t move, that thousands don’t eat, and the earth doesn’t cease rotating. But I feel like most of the miracles of the Father and the Son are not the kinds that shake the foundations of the planet or alter the course of nature. They are the quiet, gentle acts of a loving, gracious Father, and are often unnoticed, at least until they are finished. Perhaps that is why Moroni speaks of miracles, mighty miracles, and marvelous works, and why Nephi and so many others speak of tender mercies.

Isaiah suggested that we may not always be able to discern the hand of God at work. He said, “Who hath believed our report? and to whom is the arm of the LORD revealed?” (Isaiah 53:1). John quotes this passage when he observes that even though Jesus had done “so many miracles before [the Jewish leaders], yet they believed not on him” (John 12:37,38). They couldn’t see the arm of God at work. And these are people who knew of the healing of the man born blind (John 9) and the raising of Lazarus (John 11). How would they ever perceive the less dramatic kinds of miracles?

Of course the day will come when they will all see his arm.

“And the anger of the Lord is kindled, and his sword is bathed in heaven, and it shall fall upon the inhabitants of the earth. And the arm of the Lord shall be revealed; and the day cometh that they who will not hear the voice of the Lord, neither the voice of his servants, neither give heed to the words of the prophets and apostles, shall be cut off from among the people . . .” (Doctrine and Covenants 1:13-14).

The scriptural and personal accounts of miraculous events show us the answer to the question in Genesis 18: “Is any thing too hard for the LORD?” (verse14).

The gift of the quail in Numbers 11 was a stupendous miracle. Where did all those quail come from? The record indicates that quail were three feet deep for a half a mile encircling the camp (Numbers 11:31).

What about the abundance of bread in Matthew 15:34-37? I have watched my wife make bread. It takes time. But before the flour is ground and the dough is mixed and the bread is baked, someone has to plant the seed and harvest the wheat, and prepare it. But Christ provided bread for four thousand people in an instant.

The wine at the wedding feast in John 2 was good wine. Yet the Savior made it from water in about as much time as it takes to talk about it.

The vision of the man who called Paul to go and help the people of Macedonia (Acts 16:9) was miraculous, but so were the little arrows on the Liahona giving daily direction “by small means” to the wandering people of Lehi so that they would know where to go.

“Nevertheless, because those miracles were worked by small means it did show unto them marvelous works. They were slothful, and forgot to exercise their faith and diligence and then those marvelous works ceased, and they did not progress in their journey . . .” (Alma 37:41).

Alma tells us that these wanderers “had this miracle, and also many other miracles wrought by the power of God, day by day” (Alma 37:40).

I believe we do too. I think one day we will be astonished at the revelation of how much the Lord has done for us.

The Lord suggests that in the last days the revelation of his arm and his power will come in part by means of the missionaries and other messengers.

“And then cometh the day when the arm of the Lord shall be revealed in power in convincing the nations, the heathen nations, the house of Joseph, of the gospel of their salvation. For it shall come to pass in that day, that every man shall hear the fulness of the gospel in his own tongue, and in his own language, through those who are ordained unto this power, by the administration of the Comforter, shed forth upon them for the revelation of Jesus Christ” (Doctrine and Covenants 90:10-11).

Most of the people who open their doors to the missionaries will not understand that a pair of miracles is on their doorstep, but it will nevertheless be true. The willingness and presence and work of missionaries is as miraculous as anything the Lord does.

There are times when I confront challenges that seem destined to end my happiness or disrupt my family or bring me and my wife and children into suffocating darkness. But then, after prayer and (sometimes) fasting, and after sufficient time passes and the timing is right, it is often as though I hear the voice of the Lord saying, “I can fix that.” And he does. In some miraculous way that eclipses any ability we might have to understand, he fixes things.

When I was three and the disease was not unusual, I contracted polio, and was sent to a hospital in a distant city and into quarantine, with an illness as frightening as any in that age. But before Mom called the doctor, she called for the elders. My father and a young returned missionary gave me a blessing. Eleven days later, the hospital staff begged my parents to come and get me. “He’s running up and down the halls,” they said. “We can’t keep him and bed and he driving everybody crazy!”

Polio often led to paralysis, but the Lord performed a miracle for me: “I can fix that.”

We must believe in a God of miracles, and that those miracles come and will come, even when we are unable to discern them. The adoption of a new grandson got me started on these reflections. His presence in our family and especially in the family of my son and his wife is a miracle, as surely as the division of the Red Sea and the defeat of the Assyrians. His arrival is a result of divine intervention, another problem for Christ to fix.

Another daughter’s baby girl, and her subsequent pregnancies, (and all of her pregnancies are high risk) are powerful evidences of the arm of the Lord at work.

Another daughter and her husband have been without steady employment and income for a long time-, but their boat is still afloat. That same daughter called from the border of Oregon. She and her family were on their way home from Utah to a small community near Portland. They had stopped for gas and some food, and their van would not start. “I’ll pray, and you pray,” I said. Three minutes later she called back. “The van started and we’re on our way,” she said.” A non-functioning vehicle? “I can fix that.”

My wife lost her keys, and spent three days searching and praying. After that time, she sat at her desk and offered yet another petition. These were lost keys that she needed. After her prayer, she opened her eyes. The keys were on the desk in front of her. Lost keys? “I can fix that.”

In my own life and in yours there are so many examples. My own journal has at least eighty-six accounts of miracles and tender mercies.

We do not need to be perfect to seek divine intervention. We have an all-powerful and loving Father who will help in any way that he can, provided that help does not lessen our willingness to strive for, or his ability to help us obtain, exaltation.

“O my God, incline thine ear, and hear . . . for we do not present our supplications before thee for our righteousnesses, but for thy great mercies” (Daniel 9:18).

I hope that all of our lives can be filled with merciful miracles.