A Glorious Day for Life: The Courage of the Supreme Court in Rejecting the Bad Law and Bad Science of Roe v. Wade | Meridian Magazine 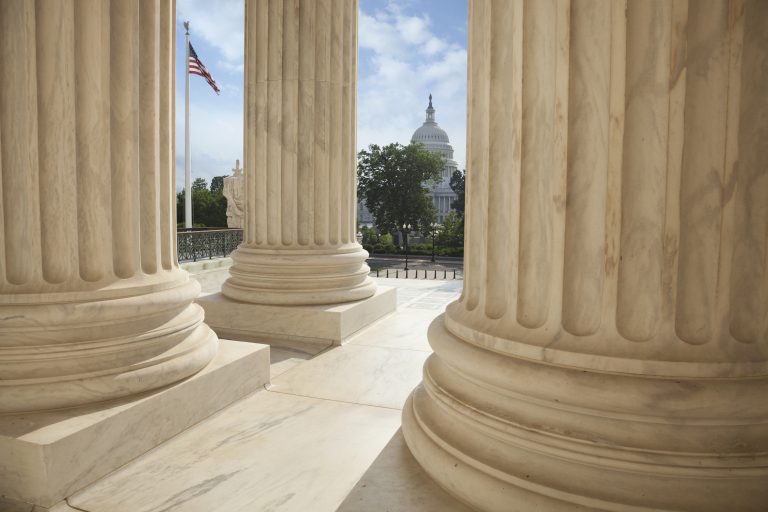 The following first appeared in Arise from the Dust.

Like my granddaughter shown at the right, I’m ready to jump for joy! One of the darkest chapters of American history, one that has caused the unnecessary deaths of millions of the most vulnerable and innocent among us, has just become a little brighter with a genuinely courageous Supreme Court ruling today that overturns one of the most egregious examples of bad law and bad science in recent decades. This doesn’t make abortion illegal, though. It just leaves the decision to the states. It’s not a huge change for the right to life, but an important decision nonetheless.

Contrary to the rhetoric already coming from some extreme voices, the ruling Friday is actually rather moderate. It recognizes that the law and logic behind Roe v. Wade were terribly flawed,  as legal scholars across the spectrum have long known, and in overturning such bad law, it merely leaves the abortion issue in the hands of the states. For some of us, it was perhaps overly moderate in not ruling in some way on the core issue of the personhood of a human fetus under the Fourteenth Amendment. Over 63 million unborn children in the United States since Roe v. Wade never had a chance to experience life outside the womb. That’s a staggering toll.

Ironically, some of the people who will be most angry about this decision are those who, in good faith, have courageously stood for the principle that black lives matter, not recognizing the ugly and racist eugenics that were a driving force in the life and actions of Margaret Sanger, the founder of Planned Parenthood, an organization whose extensive support of abortions have resulted in black babies preferentially being eliminated relative to white babies. If black lives matter ( and THEY DO!), we should especially cherish the lives of black infants and welcome them into the world, rather than encouraging and incentivizing their parents to terminate those precious lives.

A recent article in a scientific journal, with a link below via the National Library of Medicine, reports a basic truth about the racial aspects of abortion in the US that has been ignored by so much of the media. See J. Studnicki et al., “Perceiving and Addressing the Pervasive Racial Disparity in Abortion,” Health Services Research and Managerial Epidemiology 7 (2020):

Black women have been experiencing induced abortions at a rate nearly 4 times that of White women for at least 3 decades, and likely much longer. The impact in years of potential life lost, given abortion’s high incidence and racially skewed distribution, indicates that it is the most demographically consequential occurrence for the minority population. The science community has refused to engage on the subject and the popular media has essentially ignored it. In the current unfolding environment, there may be no better metric for the value of Black lives.

If human lives matter, infant lives matter. As members of The Church of Jesus Christ of Latter-day Saints, we understand and must proclaim that each human life is a precious son or daughter of our Heavenly Father. We are all brother and sisters, and those whose lives are taken in abortion are equally important in God’s eyes. They are part of His plan, and their lives matter just as much as ours.

Our Adversary, however, who seeks to rule with blood and horror, delights in the brutal act of unnecessary abortion (perhaps especially in the grisly nature of late-term abortion). Unsurprisingly, even now he is stirring up anger and violence against pregnancy clinics that seek to give pregnant women the support and encouragement needed to bring precious girls and boys into the world. In the name of “women’s rights,” thugs have already begun attacking these havens for their support of women and the defense of vulnerable female and male babies waiting to be born. They proclaim “if abortion rights aren’t safe, neither are you.” Their ugly, violent, criminal activity must be shunned and resisted. Those who encourage them must be voted out of office or appropriately held accountable.

The decision today appears to me to be carefully reasoned, looking in detail at the history of abortion law in the US, the lack of scientific or medical support for the theories behind Roe. v. Wade, and the bad law and logic behind that decision. In my opinion, horrific legal contortions were used to turn the liberating intent of the Fourteenth Amendment into a tool to deprive millions of all their human rights. What this decision does is recognize that the government cannot play God by setting an arbitrary date at which human rights begin for the unborn child. In striking down Roe v. Wade, the Court is leaving the complex legal issues to the states:

Our opinion is not based on any view about if and when prenatal life is entitled to any of the rights enjoyed after birth. The dissent, by contrast, would impose on the people a particular theory about when the rights of personhood begin. According to the dissent, the Constitution requires the States to regard a fetus as lacking even the most basic human right—to live—at least until an arbitrary point in a pregnancy has passed. Nothing in the Constitution or in our Nation’s legal traditions authorizes the Court to adopt that “theory of life.”

For the courage to say what legal scholars have known for years, and to acknowledge what science has known for decades, the Court will be reviled and hated by some. One man already attempted to kill one of the justices shortly after the draft decision was leaked. More threats have been made and will be made. Let us resist those who call for anger and violence. They may have sincere feelings, but violence must be restrained for a democracy to avoid chaos.

As intelligent adults blessed with the ability to learn and understand basics of science, today we are fortunate to know that a child in the womb is not just a clump of pink cells, as Planned Parenthood and other sources of misinformation have told millions of us. The unborn baby is not merely a part of the mother’s own body, like a fingernail or nose hair or parasite (a common analogy, sadly) to be removed with impunity. It is a separate creature with its own circulatory system, it’s own nervous system, it’s own heart. It is alive and looks like a human very early in its existence. Yes, it is vulnerable and dependent on the mother’s body, and even after birth it will continue to be dependent on the mother or perhaps others, but this does not mean that it’s life can be snuffed out at will. It is proper for states to carefully formulate regulations. May they do so in light of modern science and sound ethics.

Let us confront and accept the scientific reality that was denied in Roe v. Wade through ignorance coupled with outrageous misinformation shared in the hearings leading to that fateful decision. While what we know in the 1970s should have been enough to make it clear that an unborn baby is human life, what we have learned since then vastly magnifies the scientific shame of that decision. Roe v. Wade was founded on bad science as well as bad law. It’s time we stop ignoring those inconvenient truths.

What we have learned in the past few decades about the miracle of life has expanded our horizons in many ways, revealing the miraculous brilliance and majesty hidden in our cells and our genes, steadily adding to the wonder of reproduction. The tiny infant is more than amazing — it is miraculous, a divine gift. I’ve shared this before, but it’s worth seeing again. Here’s a three-minute scientific visualization, “Meet Baby Olivia” from LiveAction.org, that could help save the lives of millions if more of us were to grasp and follow this science:

Meanwhile, stay informed (one source on the right to life, for example, is NRLC.org), speak out, and please help support and even defend the pregnancy centers on the frontlines of the battle for life. One place I have donated to is Preborn.org. If you have other suggestions, please share them here. Thanks!

I think it would have been Griswold v. Connecticut (1965) of which Rex E. Lee spoke approvingly as having established the right to privacy – not Roe v. Wade as claimed in a previous comment.

In cases of rape and so forth a friend pointed out to me that no woman that is raped is going to wait 2 months to see, ...they are going to take the morning after pill. Even the states recognize this issue and almost all have adapted exceptions for all the concerns. We will always see extremes on both sides but I'm certainly more sensitive to laws that end life. Barbaric is the word I can muster right now.