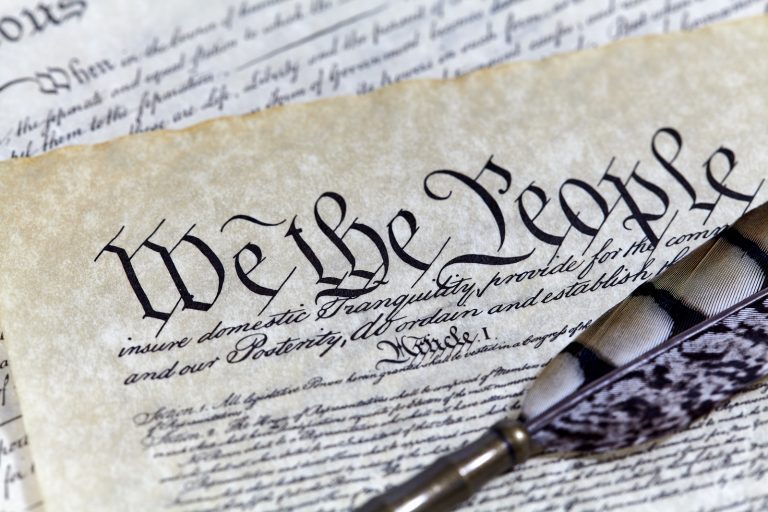 On May 25, 1787, two hundred thirty years ago today, delegates formally gathered in Philadelphia for a convention that saved a fledgling nation. Their work was nothing short of miraculous, yielding fruit in the form of a Constitution that has sustained and in a principled way nourished our nation for over two centuries.

On May 3, 1787, James Madison, who kept copious notes regarding the debates and played an instrumental in the drafting of the Constitution, arrived early in Philadelphia. George Washington, who agreed to preside over the convention, arrived on May 14. Peril, partisanship, economic hardships and regional differences, akin to those that exist today, prevailed as delegates apprehensively began their formal deliberations on May 25, 1787.

“Of the ability & intelligence of those who composed the Convention, the debates & proceedings may be a test; as the character of the work which was the offspring of their deliberations must be tested by the experience of the future, added to that of the nearly half century which has passed.

But whatever may be the judgment pronounced on the competency of the architects of the Constitution, or whatever may be the destiny, of the edifice prepared by them, I feel it a duty to express my profound & solemn conviction, derived from my intimate opportunity of observing & appreciating the views of the Convention, collectively & individually, that there never was an assembly of men, charged with a great & arduous trust, who were more pure in their motives, or more exclusively or anxiously [devoted to the object committed to them, than were the members of the Federal Convention of 1787, to the object of devising and proposing a constitutional system which would best supply the defects of that which it was to replace, and best secure the permanent liberty and happiness of their country.]”

The structure of government designed by that noble assemblage included checks and balances designed to limit tyranny and excessive governmental power, has carried our nation through many crises. As we look to the problems we face today, it is easy to blame our leaders. Perhaps we can learn from the framers of the Constitution and, of all people, the cartoon character Pogo, who observed, “We have met the enemy and he is us.” My parents taught me that rather than blaming others, I should accept responsibility to change what was in my power.

To that end, I offer two suggestions. The first is that we read and discuss daily in our families Madison’s Notes on the Debates in the Federal Constitution. Those notes are easily accessible online and will provide enhanced understanding of the miracle that occurred 230 years ago.

Secondly, we must take seriously the words written to the Massachusetts militia in 1798 by John Adams, “Our Constitution was made only for a moral and religious People. It is wholly inadequate to the government of any other.” We must put aside partisan bickering and seek to become a United States of America once again.

We must become more involved and seek after representatives, wise men and women of pure motives, not simply candidates who pander enticingly to our partisan views. Sadly, we seem to have ceased to select representatives to serve based on the “purity of their motives.” Rather, we opt for those who feed our partisan viewpoints despite their moral or ethical failings. We can and must do better.

I pray that we, as a people will assume the responsibility that falls squarely on our shoulders by learning more about our founding, looking first to original sources, and by supporting leaders with pure motives, who care more country than self, more about unity and our founding principles than about partisanship. That will require that we all put aside our differences, which I believe history will deem to be petty, and reach out with an earnest desire to learn from and deliberate with each other and wise leaders and thereby reclaim a nation in peril.

Providence stood with us during that era 230 years ago, again during the perilous Civil War era that brought us the 13th, 14th and 15th amendments to our Constitution, and yet again when we extended the vote to women with passage of the 19th Amendment. May God bless us now, as well, with a people who live moral lives and seek after leaders like George Washington, James Madison, Abraham Lincoln, and Susan B. Anthony, each of whom willingly sacrificed selfish interests as they acted under the dictates of conscience.

I was thinking of the same quote by Adams, which is one of my favorites. So many today don't want to be either moral or religious, and getting rid of the Constitution suits those ends. We must be ever vigilant in promoting the fact that the founders had a purpose in structuring the Constitution around the Christian moral values that would sustain it.

1798 by John Adams, “Our Constitution was made only for a moral and religious People. It is wholly inadequate to the government of any other.” We must put aside partisan bickering and seek to become a United States of America once again. A large problem has developed as the population has gone over to hedonism, self indulgence, and walked away from Christian ethical and moral values. With no moral rock, the left seeks to move society further into the zone of Satan and the unholy life styles.is now the goal not returning to our Father in Heaven Personal pleasure