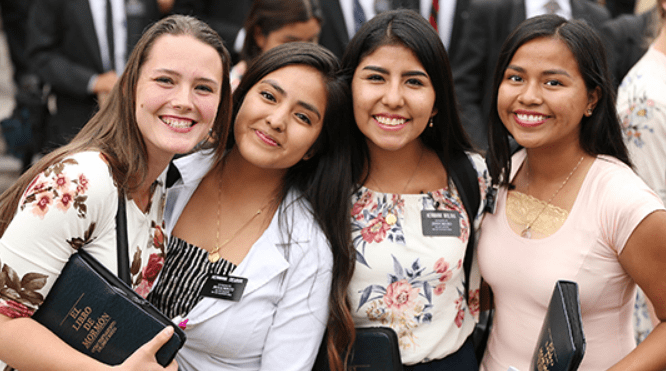 In 1925, three leaders of The Church of Jesus Christ of Latter-day Saints—Elder Melvin J. Ballard, Elder Rey L. Pratt, and Elder Rulon S. Wells—embarked on a 34-day journey, by land and sea, from Salt Lake City to Buenos Aires, Argentina.

Of the trip, President M. Russell Ballard, Acting President of the Quorum of the Twelve Apostles and the grandson of Elder Melvin J. Ballard, said: “My grandfather went out into the streets of Argentina. They did not have a great harvest. They did not see the people flock into the Church by any means.”

Instead, they found an apartment to rent and went to work.

On Christmas Day of 1925, in the park of Tres de Febrero in Buenos Aires, Argentina, Elder Melvin J. Ballard dedicated South America for the preaching of the gospel.

“Bless the presidents, governors, and the leading officials of these South American countries, that they may kindly receive us and give us permission to open the doors of salvation to the people of these lands,” he prayed.

Early in the mission, Elder Wells became ill and had to return to Salt Lake City. Elder Ballard and Elder Pratt remained, walking the streets of Buenos Aires passing out handbills about the Restoration of the gospel; their efforts resulted in a single conversion.

Then on July 4, 1926, as Elder Ballard was preparing to return to Utah, he spoke about the future of the Church in South America. From his office in Salt Lake City, President Ballard read his grandfather’s prophecy: “The work of the Lord will grow slowly for a time here just as an oak grows slowly from an acorn. It will not shoot up in a day as does the sunflower that grows quickly and then dies. But thousands will join the Church here. It will be divided into more than one mission and will be one of the strongest in the Church. … The South American Mission will be a power in the Church.”