Your Hardest Family Question: My husband won’t ask his adult daughter to move out and be independent | Meridian Magazine 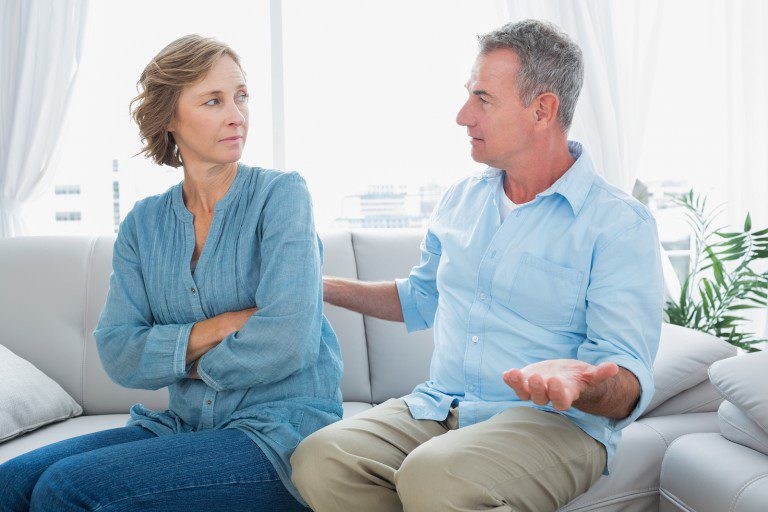 Your Hardest Family Question: My husband won’t ask his adult daughter to move out and be independent

An older couple, my husband and I have been married for seven years. Recently his grown daughter (mid-30’s, never married, no children) moved in with us. She is a poster child for “failure to launch into adulthood”. She has a GED, didn’t seek further education or training, has cycled through numerous entry-level jobs, is a poor money manager, has no discernible goals, and doesn’t own a car of her own.

For a decade after high school, she was in and out of her father’s home. He had raised her as a single dad since she was a toddler, so they are especially close. When he moved 300 miles away to marry me, she moved in with family, but then was on her own for a few years.

Last year, she quit her job, couldn’t pay her rent, and, more or less, announced that she was moving in with us. I had NO say in the matter. I feel invaded! I find her behavior and attitude to be difficult at best. She is working a part-time minimum-wage job, so she is underfoot a lot.

Her father wants to encourage and support her, but it simply leads to more dependence on us. We sometimes disagree about what to do, and that causes conflict in our relationship. If I just keep quiet, I feel like a second-class citizen without a voice in my own home. How do we get our quiet, retired life – and our privacy – back?

Your husband sounds like a dedicated family man who is caught between competing attachments. Even though his daughter is nearing mid-life, he still has some deep reflexes to protect and nurture her. I agree that you need to be his primary bond, but it’s obviously not going to be an easy shift for him to make. Let’s talk about ways you might be able to influence him to reclaim his marriage and allow his adult daughter the privilege of living independently.

You can certainly set a firm boundary and demand that she leave your home. Perhaps you’ve already done this, but it’s not something I would recommend if your long-term goal is to have a marriage based on mutual respect and tenderness. I see this as a longer conversation that needs to be based on illuminating the truth about what’s best for your marriage and what’s best for her. While I’m not opposed to setting boundaries and limits in relationships, this pattern is so deeply entrenched that you’re likely going to ignite more resistance and resentment if you strike it head on.

Instead, I recommend you seek understanding from your husband about his relationship with his daughter. It will be difficult to put aside your needs for loyalty, privacy, and independence as you work to deepen your understanding about his relationship with his particular daughter. Dr. John Gottman’s research on marital satisfaction found that when couples can engage in sustained dialogues about perpetual problems without trying to force solutions, they feel more connected to each other. This seems counterintuitive, as our instinct is to discuss differences from a position of persuasion and resolution. Instead, Gottman recommends you spend time asking meaningful questions so each person better understands their response. This isn’t a one-sided conversation where one person gets to justify why they’re going to keep doing the same thing. It’s an opportunity to take the pressure of decision-making off the table and, instead, focus on building a rich understanding of each partner’s world.

You don’t have to hide the fact that you want a specific outcome. It’s probably no secret that you’re tired of his daughter consuming your time, space, and other resources. He likely already knows that you wish for her to live on her own independently. However, he clearly feels stuck and unwilling to require her to live an independent life. I am certain (and Gottman’s research would likely confirm) that there is a story behind why he can’t release her from his care. You may have an idea why he can’t let her go, but chances are neither of you fully understand why this is so difficult for him.

So, how do you have a conversation like this? In his book, “The Seven Principles for Making Marriage Work”, Gottman recommends you formally decide that one person will spend time asking questions and listening while the other agrees to fully explore and understand their own responses. Both of you will have the opportunity to tell your story about why you each feel so strongly about your position. The goal isn’t to convince the other person that your position is correct, but, rather, to respect the fact that there are deeply held beliefs and needs that prevent each of you from budging.

In many cases, our deeply held beliefs and fears aren’t rational or logical. They’re based on fears, traumas, or other organizing experiences that keep us stuck in patterns that may not help us or our loved ones. Once we can hear and understand these beliefs and the stories around them, we can see more clearly and make better decisions. Start these conversations with your husband to better understand the stories, beliefs, fears, and needs around his relationship with his daughter. Naturally, he’ll be cautious about exploring this with you if he believes your only agenda is to get your way. Tell him you most certainly have a desire to reclaim your marriage and home, but you recognize that he doesn’t feel the same way and you want to understand him better. You can also let him know you expect to also be heard and understood about why reclaiming your space matters so much to you.

Even though this is your shared home, you have to accept the reality that his reflexes and struggles with his daughter have to be resolved before anything will shift. Your emphasis on engaging in these dialogues about these strong opposing needs will be your best chance for moving toward harmony. The outcome may look different than what either of you might imagine at this time. However, the primary goal isn’t fixing his daughter’s living situation. The goal is marital unity. You can accomplish this as you work to better understand each of your unique stories and needs, even if a solution about his daughter doesn’t arrive immediately.

I agree with the recommendation above. One additional perspective is thinking about this from the dependent daughter's perspective. She is probably not entirely happy being a perpetual juvenile but she doesn't have the life skills to make it yet. Helping her to grow even at this late day would be nice. But she cannot see you as the enemy nor as her mother. That might be very difficult. You don't know the deep future. This daughter might be the one taking care of you or your husband during the last and often most difficult chapter in your life.

Sounds to me like the father is an enabler. While I wouldn't recommend that he throw his daughter out on the street, he needs to work on getting her self-esteem up so she can live independently.