Your Hardest Family Question: My husband insults me in public | Meridian Magazine 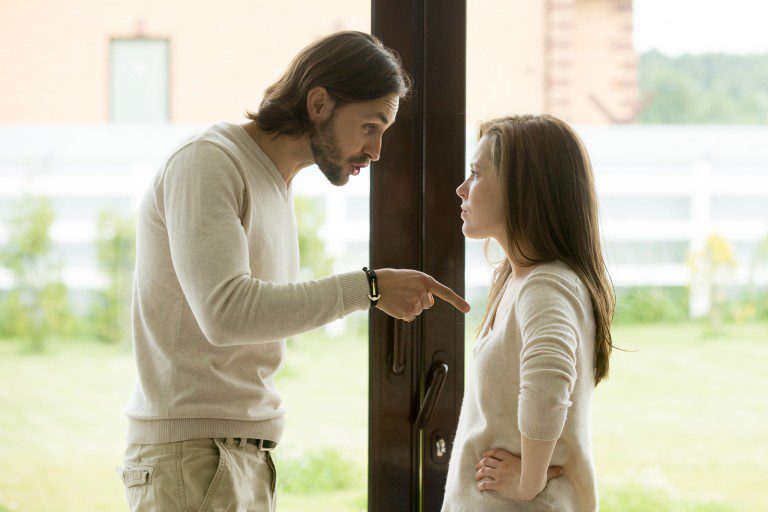 Your Hardest Family Question: My husband insults me in public

I have been married for almost five years. My husband is 20 years older than me and we have two kids. For the last few months, my husband has been going through a lot of stress, and I know it is not healthy to keep it inside. So, I always try to get him to talk about it but he seems to open up to his friends rather than me. Lately he has been yelling at me in public for any stupid reason and he doesn’t care who’s around (friends, family, or strangers). And it just makes me cry a lot. Maybe I am too sensitive?

The first few times I had no reaction because I thought maybe he is just mad and didn’t mean it. But the last time was in front of his family members. I got upset and left, but he did not bother to come after me. The next day he acted like nothing happened and has never apologized for doing this to me. My instincts tell me that he does not love me anymore. He sleeps in another room. He always criticizes me and blames me for things that are stressful. He won’t defend me if someone says something rude about me. I don’t want to keep things this way. I want him to respect me as I respect him. Or, is this relationship not worth saving? This is how angry I am.

Going through stress is an inevitable part of life, but cruelty to a spouse is a choice. This lack of sensitivity and accountability for how his behavior affects you and the relationship can only lead to more disconnection. Obviously, he’s pulling away by sleeping in a different room and he’s not willing to repair the damage caused by his verbal tirades. You can’t repair this marriage alone.

You need to look closely at these interactions and make sure they’re not just a temporary reaction to stress. If they’re a larger pattern of behavior in the relationship, then it’s not something you can easily dismiss as a transitory stress reaction. Make sure you’re being honest and fair about the context of these behaviors. If he’s not doing anything to change his stress response or being accountable for how he’s responding to you, then making excuses for the reasons isn’t going to fix anything.

You have already tried to reason with him and invite him to understand the impact this is having on you. Because he’s unwilling to stay open to your influence and accept the effect he’s having on you as his wife, then talking more about it won’t make much of a difference. The time for words is over, so it’s time to begin taking more decisive action.

Your motivation for taking action can’t be driven by forcing an apology or giving him a “wake-up call.” That would be manipulation and won’t ever create the kind of closeness you’re seeking. Instead, taking action is about protecting your dignity as a human being. When your personal dignity is being threatened by someone’s abusive actions, especially if they’re your spouse, it’s critical to make sure you protect yourself. A spouse has access to you and your vulnerabilities in countless ways, so if the offending person is reckless with you, then self-protection is essential.

The first boundary you might consider is refusing to be with him in public. You can’t control what he says to you or about you, but you can certainly control whether you’re in the line of fire. I understand that it will be inconvenient and it won’t feel like you’re married, but I also don’t think it feels like a marriage when you’re being verbally assaulted by your own spouse. You don’t have to explain your boundary with your husband. If he wonders why you won’t be with him in public, then you can decide if you want to explain your reasons. If he’s open, soft, and genuinely clueless about your change in behavior, then it might be worth explaining. If he’s accusatory and defensive, then it’s likely not a good time to have that discussion.

Boundaries can create bridges to connection if the offending person is willing to repair the broken trust. The boundary has the potential to send a signal to the other spouse that something is getting in the way of the relationship. When you send a strong signal to him that you won’t allow yourself to be abused and humiliated any longer, then he gets to decide if he’s willing to do something different so you’ll be in his company. Either way, you’re staying safe whether or not he changes his cruel behavior.

I don’t know what will happen with your marriage, but you do have power to protect yourself from cruel insults and verbally abusive behavior. Your boundaries will guarantee your personal peace, but they won’t necessarily mean you’ll have peace in the marriage. If he wants to move closer to you, then he’ll be required to examine how his words and actions impact you and the relationship.

This is such a sad and desperate situation in which to find oneself! I found your response and advice to be fresh for her particular situation. Thanks for sharing this.

Carlfred Broderick wrote a helpful article called "But What if Your Husband is a Jerk?" I found it in his book "My Parents Married on a Dare" which is a collection of his articles. Another book that helped me a lot in this situation is "Choosing Glory" by Lili Anderson. I once told my husband I didn't like how he treated me. He loudly and angrily said "I treat you just fine!" That was certainly an indicator of my value in his eyes. I don't like divorce, but it was a remedy when all else failed.