Your Hardest Family Question: How do I celebrate our anniversary when we’re separated? | Meridian Magazine 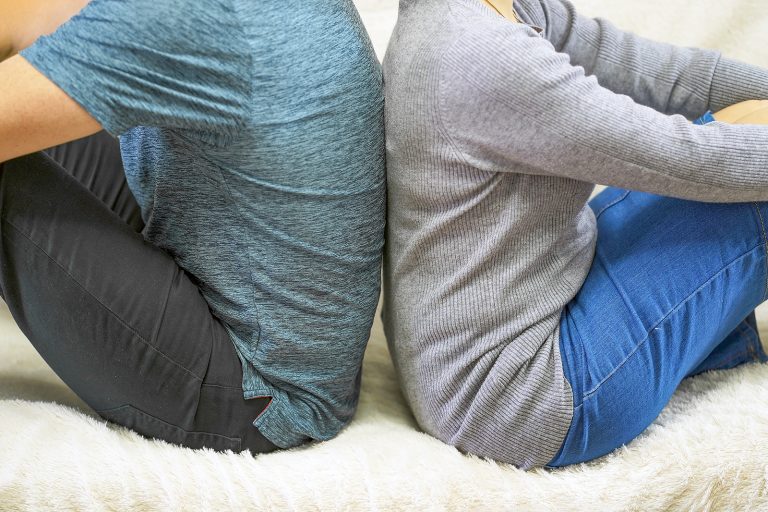 Your Hardest Family Question: How do I celebrate our anniversary when we’re separated?

My ten-year wedding anniversary is coming up very soon, but my husband told me to leave our home, saying he doesn’t want the marriage anymore. We have three sons who are presently with me. I’ve been away from him for the past six months and he hasn’t called to know how the kids are. I am hurt because I have been emotionally and verbally abused in that marriage. I held to it because of our kids and covenants and the fact that I also felt he was being influenced by his family since he used to be a nice husband who gradually turned bad and abusive.

What do I do about our wedding anniversary since he doesn’t want to see me? I don’t know that I want to see him right now either, but I don’t want that day to just go by like that because it was supposed to be a very eventful day for us.

You’ve experienced a terrible abandonment and I’m deeply sorry you and your sons are going through something so devastating. Not only did he fail to correct and repair the damage of verbally and emotionally abusing you, he left you and your sons to fend for yourselves without his support. I’m glad to hear that you’re safe and not being actively abused anymore. It’s important that you stay safe and that your sons learn how to treat others kindly.

You’re worried about what to do with your upcoming ten-year anniversary. Even though it may seem like a strange thing to worry about under these conditions, it’s actually pretty normal to fixate on events like this when you’ve experienced a sudden loss. Anniversaries, holidays, and traditions are the anchors that connect us to those we love. Making it to ten years of marriage is worth celebrating and it’s understandable that you want to acknowledge all of the hard work and sacrifices you gave to make it this far. Clearly, you’ve put up with too many hurtful patterns and gave him the benefit of the doubt, even though he was mistreating you. So, of course you want to acknowledge your commitment to your marriage!

When we get out of abusive situations, it can feel confusing when we still long for the relationship. I don’t believe we’re longing for a relationship with that specific person, but, instead, we’re longing for the ideal of having a healthy relationship. In other words, we’re grieving the loss of the dream. Even though your husband took your marriage from you, he couldn’t diminish your longing to celebrate the hard work of marriage.

Commemorating your anniversary doesn’t mean you have to include your husband. Now, I realize that sounds strange to recommend the solo celebration of a marriage anniversary but remember that you described him as an unapologetic abuser. Unless you have some evidence that he’s willing to turn back and repair the damage, it’s not safe to put yourself back in a situation where he can once again devalue you and your marriage. Your mental and physical health are much more important than trying to celebrate an anniversary together.

Instead, here are a few ideas that will allow you to embrace your heartfelt commitment and celebration of your ten-year marriage:

You owe it yourself and your sons to honor what marriage means to you Even though your husband refused to cherish you and his family, you can still hold fast to what you know is good and true about healthy marriages. I have met many separated and divorced people who refused to blame marriage as the problem. They believed in marriage and held out hope that they could someday unite with someone who would also honor those promises and do the work of building a healthy marriage. However you handle this day, let it reflect why marriage means so much to you.

If you’ve broken trust with your spouse and want a structured approach to repairing the damage you’ve created, I’ve created the Trust Building Bootcamp, a 12-week online program designed to help you restore trust and become a trustworthy person. Visit www.trustbuildingacademy.com to learn more and enroll in the course.

When my ex left, I celebrated my anniversary with my children. They are the best thing that came from the union. I want them to know I do not regret the marriage, the marriage gave me four children and now 2 grandchildren!

Although I think you have far more issues more important than your anniversary, the advice to spend it with your children is the right one. I'm divorced as well. My husband after 15 years of marriage decided that he had been miserable and that the Gospel and I were the problems in his life. After a few years, I was able to realize that I had a great marriage. We held temple recommends, attended regularly and I was faithful to my covenants. His issues, were not my issues. His life has spiraled out of control, and our children are the ones most effected. I still love him, but he isn't interested in that, and I've been able to make a very happy life with what I have to deal with. Eternity is a long time, and he still has the opportunity to repent and get his life back together. Will it happen in this life? Probably not, but then, I've long ago forgiven him. Next year would be our 40th anniversary, and I will spend it with my kids. They are still our children, they will be until or unless Heavenly Father decides otherwise, and it is a milestone for them in a way.